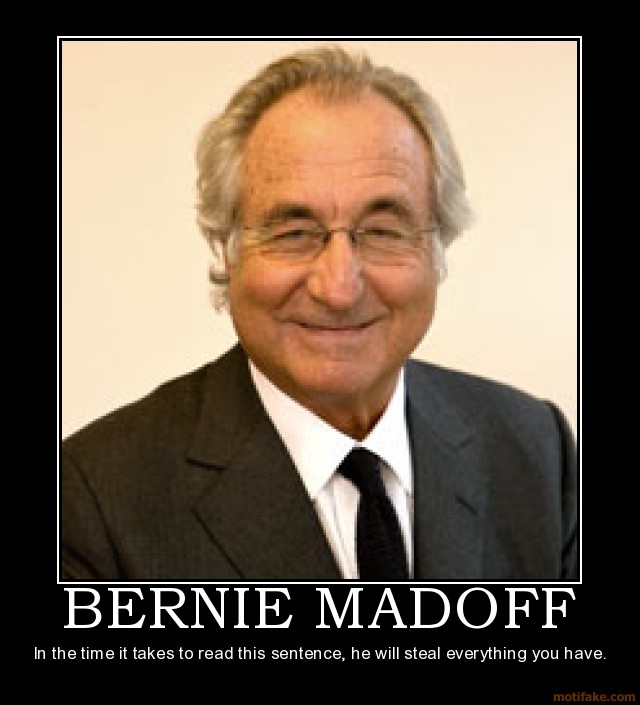 This Saturday, you can help avenge some of Bernie Madoff’s victims by purchasing his personal stuff at a government auction. The auction, which will take place in New York, will sell roughly 200 items for an estimated minimum value of $500,000. Proceeds will go towards repaying Madoff victims. The Wall Street Journal has the details:

The government has been trying to sell Mr. Madoff’s homes and now will auction some personal effects. Proceeds from the sale of the roughly 200 items will go toward compensating victims.

“There’s huge interest” in the Madoff items, said U.S. Marshals spokesman Roland Ubaldo. “I’ve been getting calls from duck-decoy aficionados. People are interested in his fishing rods and his sports memorabilia.”

On Saturday prospective buyers can bid live at the New York Sheraton Hotel & Towers, or bid online if they register at the auction house’s Web site by Thursday afternoon.

The article lists some of the Madoff items for sale, along with their estimated values:

A blue satin Mets baseball-team jacket with “Madoff” stitched on the back in orange: Up to $720.

Three Boogie boards with “Madoff” written on them in black marker: $80

White his-and-hers stationery with the names Bernard Madoff and Ruth Madoff printed on it, along with envelopes: $90+

1960 Hofstra University ring that belonged to Mr. Madoff, engraved with his initials: $300

The auction promises some unique buys. Where else could you buy three used boogie boards for $80?