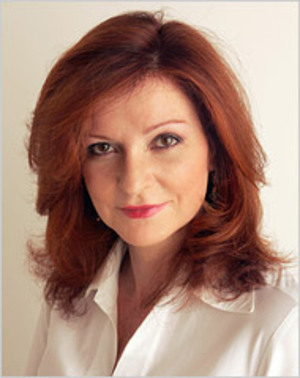 More and more the timeline is raising the question of why, if the torture was to prevent terrorist attacks, it seemed to happen mainly during the period when we were looking for what was essentially political information to justify the invasion of Iraq.

Below is the excerpt from Dowd’s Sunday column:

More and more the timeline is raising the question of why, if the torture was to prevent terrorist attacks, it seemed to happen mainly during the period when the Bush crowd was looking for what was essentially political information to justify the invasion of Iraq.

On Sunday night, in emails to “The Nytpicker,” a blog devoted to covering the goings-on at the New York Times, and the Huffington Post, Dowd admitted that the similarities weren’t accidental and that she had indeed plagiarized Marshall, though she placed the blame for the mishap squarely on one of her friends.

“josh is right. I didn’t read his blog last week, and didn’t have any idea he had made that point until you informed me just now. i was talking to a friend of mine Friday about what I was writing who suggested I make this point, expressing it in a cogent — and I assumed spontaneous — way and I wanted to weave the idea into my column. but, clearly, my friend must have read josh marshall without mentioning that to me. we’re fixing it on the web, to give josh credit, and will include a note, as well as a formal correction tomorrow.”

Having looked at this from every possible angle, would it be completely out of line to state that there’s something distinctly bullshit-y about Dowd’s explanation? Dowd, who ironically played an integral role in exposing Joe Biden’s speech plagiarizing in 1988, needs to explain the “my friend did it” excuse in more detail. Who is this mysterious friend who helps Dowd limp across the finish line of the marathon that is two 750 word columns per week for the Times? Was the conversation in question over the phone, in which Dowd would have written down her friend’s words in a note, or was it via email or instant messenger, where perhaps there’s an electronic record of the exchange? And finally, why was Dowd needing help expressing the thought contained in the passage in question, a sequence of words which, with no disrespect directed at Josh Marshall, don’t seem all that remarkable. It’s a point well made with words, for sure, but it’s not something that couldn’t have been expressed in a number of different ways.

I think Dowd’s mistake had to do with laziness. No writer wants to be accused of plagiarism–it’s a death knell. Dowd knows that as well as anyone else. But she’s an established, eminent columnist. She enjoys the privileges that come with her role, including automatic legitimacy, a built-in audience, and widespread trust. She grew comfortable in her vaunted position, then forgot to be careful.

This week’s events prove that not even the most famous, established columnists are immune from getting called out on their lazy oversights. Her very public lesson means she probably won’t do it again.

Her mistake should remind us all to review where we get lazy, and what our positions make us take for granted.