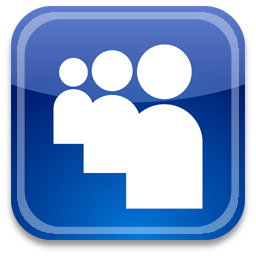 MySpace is done competing with Facebook and Twitter. Instead, the News Corp. subsidiary announced that it will gradually roll out a redesign that will transform it into an entertainment site targeted at Gen-Yers. The New York Times has the story:

(MySpace CEO Mike) Jones said that Myspace would no longer seek to compete with Facebook, but rather to complement it. “Our focus is social entertainment,” he said. “Niche players have long staying power.”

Analysts say that burnishing Myspace’s tarnished brand, even with a more narrow focus, will not be easy. While Myspace, founded in 2003, still has a large audience, its fortunes have steadily eroded in the last few years.

With the new design, Mr. Jones, who worked with Mr. Miller at AOL, is borrowing ideas from Facebook, Twitter and Foursquare, the mobile social “check-in” service. The home page focuses on constantly updating items about music, movies and television shows that are most discussed on the site at any one time. The profile pages of individual users will be more streamlined and consistent in format, helping others navigate them more easily.

Users who are especially active in creating playlists or commenting on a television show — Mr. Jones calls them “curators” — will earn virtual badges and be rewarded by having their links highlighted. Myspace is also creating thousands of pages for television shows, movies and bands, that are meant to become hubs for discussion of those topics on the site.

At this point, any strategy is a good strategy for MySpace. Friendster, after it shrunk in the US, focused on Asia, where most of its users now reside. MySpace didn’t seem to be doing anything for a while, even though the much of its former mainstream audience migrated to Facebook. If MySpace successfully gives its remaining users–musicians and artists among them–additional incentive to stay, this new niche could be a success.