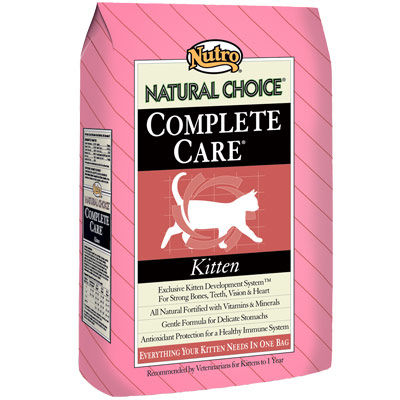 The FDA was rumored to be investigating Mars’ NUTRO pet food after collecting a number of consumer complaints and lab results. Consumer Affairs has more:

ConsumerAffairs.com…uncovered a worrisome trend among dogs and cats across the country. An analysis of our complaints revealed that scores of pets from California to South Carolina had experienced sudden and recurring bouts of diarrhea, vomiting, and other digestive problems.

The only common denominator among those dogs and cats was NUTRO pet food. In nearly every case, we also learned the pets’ conditions improved once their owners stopped feeding them NUTRO pet food.

NUTRO, which has extensive international operations, was acquired in 2007 by Mars, Inc., the privately-held Virginia-based food products company.

According to Consumer Affairs, NUTRO claims its food is safe. The NUTRO website says the complaints are “isolated reports of inaccurate information posted online.”

This is the tone the NUTRO site takes on the matter:

NUTRO® products are safe and conform to the standards set by the FDA, USDA and AAFCO (Association of American Feed Control Officials). The claims regarding the safety of NUTRO® pet food in a recent report posted on the Pet Food Product Safety Alliance website are unfounded.

The legalese sounds good, but I’m disappointed in the way Mars’ PR is handling the issue. The Consumer Affairs report, while heavy on qualitative experience, brings up an issue that could damage the NUTRO brand.

They reported that dogs only got sick after eating NUTRO. After pet owners took away the NUTRO food, the pet improved. Those kinds of reports are bad publicity for Mars. But instead of taking a personal approach, or sounding like they are as concerned as the pet owners in question, NUTRO is going for the sterile approach.

That approach may have worked before social media, but now, it’s a bad idea. NUTRO would benefit from a YouTube response, or at least a more personal take on the pet owners’ plight. By remaining defensive and aligning itself with flimsy USDA standards (a la salmonella peanuts), NUTRO risks shooting itself in the foot. These are upset pet owners, after all. An upset pet owner is on par with a hysterical parent. Not a good demographic to disgruntle.