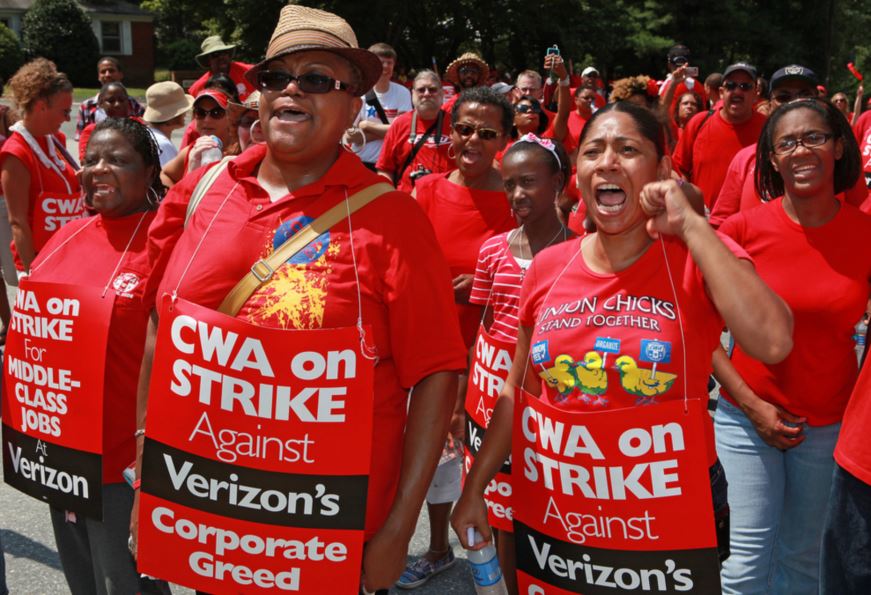 The Obama administration has stepped in to help negotiation terms in the Verizon strike that has lasted for more than a month.

US Labor Secretary Thomas Perez said the leaders of the unions that walked off the job on April 13 have agreed “to return to the bargaining table on Tuesday” with Verizon executives “to continue their discussion.”

Workers had been on the job until April 13, despite working without a contract since August 2015. The strike involves about 36,000 employees.

Workers are concerned about 5,000 jobs being outsourced to Mexico, the Philippines and the Dominican Republic, and the capping of pensions at 30 years of service.

Workers have also filed grievances because the company will send them to distant job sites for long periods of time.

At the end of April about 1,000 workers returned to work following weeks without pay. Both unions involved in negotiations have downplayed the number of workers who have chosen to cross the picket line and return to their paying jobs.

Verizon workers went on strike for two weeks during a similar union standoff in 2011. That strike included about 45,000 employees.