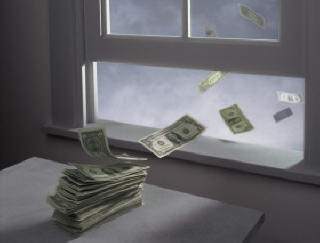 The Fed today announced that, starting next July, banks can no longer charge overdraft fees on a debit card or when a customer is using an ATM. That new law is moot if a customer has agreed to pay charges for overdrawing their account. Bloomberg has more:

Financial companies will have to explain their overdraft programs and fees, as well as choices available to consumers, the Fed said in a statement today announcing a rule that takes effect next year.

The final Fed rules will force banks to provide the same terms, including prices, for consumers who decline overdraft protection. The rules take effect July 1.

Fed consumer research shows “most consumers prefer not to be enrolled in overdraft services for ATM and one-time debit- card transactions unless they affirmatively consent,” the board said in its statement. Consumers do value overdraft services to ensure payment for important bills, such as rent and utilities, the Fed said.

This sounds like a consumer victory. I do, however, anticipate that banks will find a creative way to milk what few overdraft fees they still can charge.