How much can you make a year managing a sports team? A lot–if you’re in the right sport, and in the right country. If you can guide the Brazilian soccer team to yet another World Cup victory, or bring an NBA title to every team you touch, you will be rewarded. Handsomely.

Here are the 25 highest-paid sports coaches on the globe. See what it takes to make those millions: 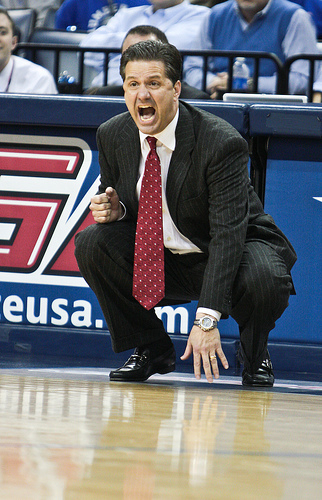 After sixteen years of NCAA coaching, this hot University of Massachusetts college basketball coach got his big shot with the NBA. Alas, it was for the New Jersey Nets. When the University of Memphis came calling four years later, Calipari moved there. Compared to Jersey, the blue grass smells just fine, thank you very much. Weiss, a 15-year NFL veteran, went “back to school” to coach Notre Dame’s team. Weiss’ mother reportedly told this good Catholic boy that if he could ever work for Notre Dame, he should do so. For free. Luckily, the school and alumni were nice enough to give him a little bit of money for food, bills and such. 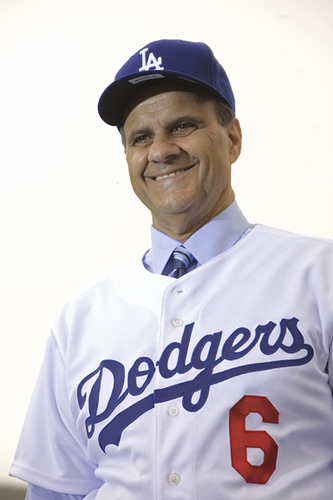 This 9-time MLB All-Star player won the World Series in his first year as the Yankees’ head coach. The stellar manager topped it off with three more World Series wins before coming out to bask in the Los Angeles sunshine. 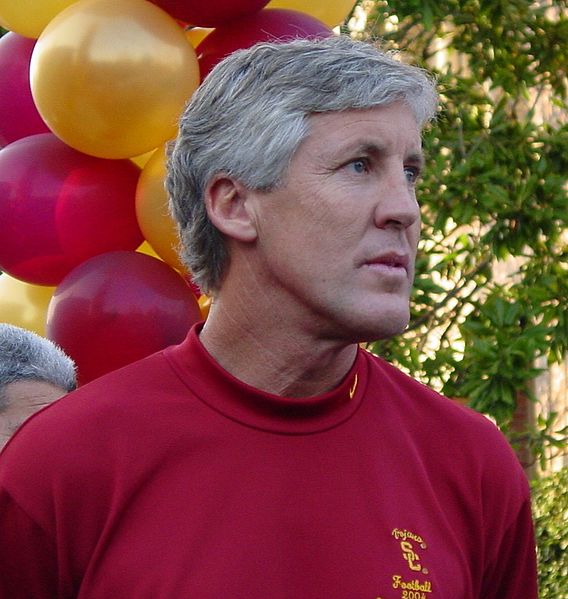 Thinking about going back to college? It worked for Pete Carroll. After enjoying 15 years of moderate success as an NFL coach, he went back to USC. He turned USC’s program into a powerhouse again, snagging two BCS bowl National Championships within 4 years. He also gets to live in sunny California. What are you going to be doing in 2017? Nick Saban knows what he will be doing: Coaching the Alabama Crimson Tide. A long-term deal with a legendary college football program has a way of throwing the spotlight on you. But, jeez, Nick. Watch the tan. It’s inching toward George Hamilton territory.

The Atlanta Falcons were a fun team to coach. That Michael Vick has some future, eh? But Atlanta just doesn’t have enough rain and coffee. What to do?

Jim Mora solved that problem by taking an assistant coach job with the Seattle Seahawks, owned by that other Microsoft guy. He waited for Mike Holmgren (previously the highest paid NFL coach) to retire. 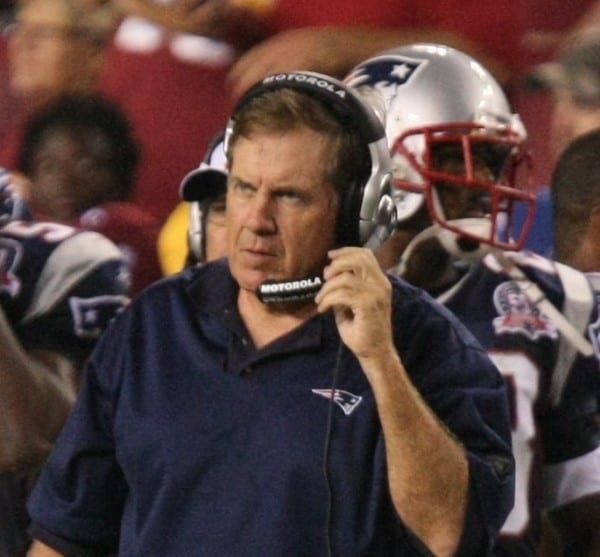 Sure, he has three Super Bowl Rings, four conference titles and six division crowns. But Bill Bellichick is known more for his cut-off hoodies. You could call him a football genius, impresario, sloppy Bill, or cheater. Just know that the Mastermind doesn’t really care what he looks like. Or what you think. That’s Tom Brady’s job. 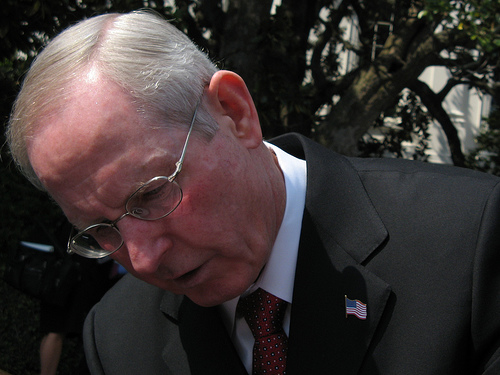 Coughlin kind of looks like your neighbor who screams at you to “get off his lawn!” Known for his old-school style and colorful language, the New York Giants coach secured his dream QB in Eli Manning. He then guided the team to a Super Bowl championship after 12 seasons in the NFL. 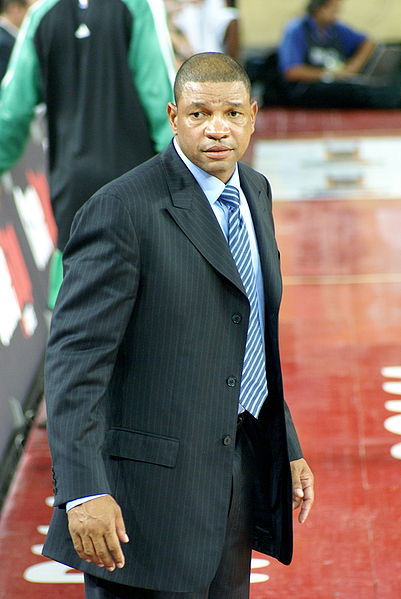 With the addition of Kevin Garnett and Ray Allen to the Boston Celtics, Doc Rivers has made some people forget just how bad of coach he was in Orlando (he won under 50% in more than 8 years). During the past two seasons, he had the Celtics and their faithful believing in the playoffs once again. 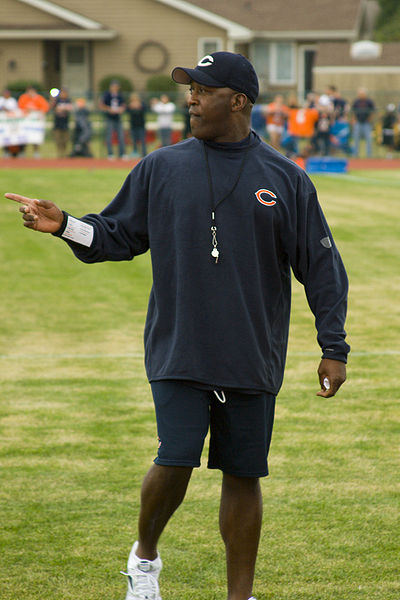 He took the Bears to the Super Bowl in 2006, twenty years after Ditka did it with the Fridge. Beset by injuries and QB changes, the soul of Chicago football still reflects Lovie’s smooth style and tireless work ethic. 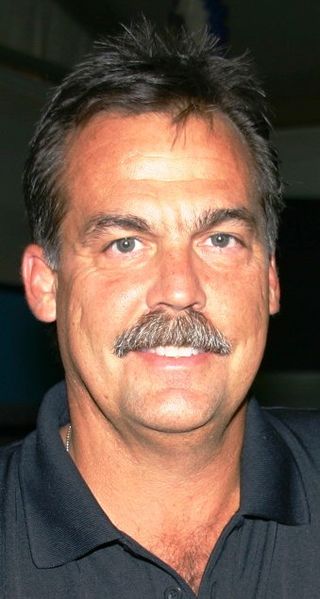 One of the most beloved members of the NFL football family, Jeff Fisher was known as a hard working, loyal player. Those traits solidified his Tennessee Titans coach position for the past 15 years–the longest tenure of any current head coach. It turns out that they pay well for loyalty and stability, too. 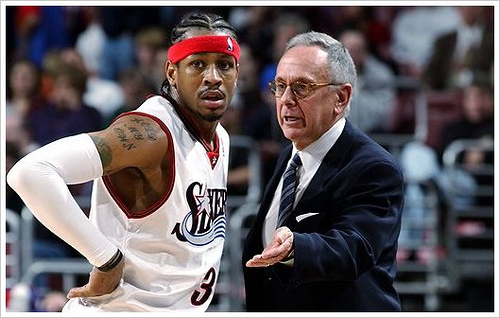 Take heed, D’Antoni. New York put so much pressure on the Knicks owners to fire Larry Brown that they paid him $18 million to kindly take his ball and leave. His bags of cash and legend remained firmly intact when he moved down to Charlotte, N.C to coach the Bobcats. Besides, $6 million goes a lot further down South. 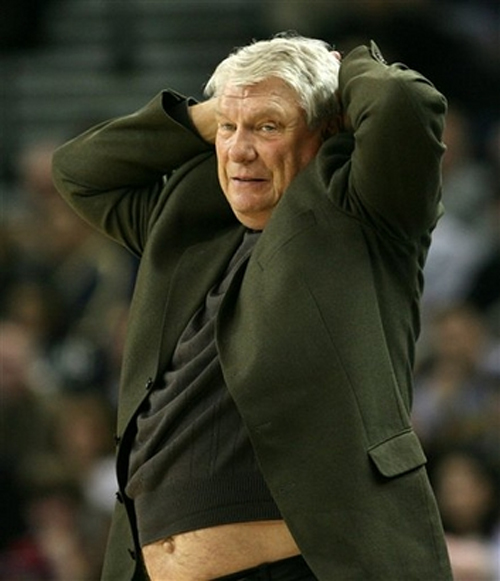 Earlier in his career, Nelson was a five-time NBA champion. He’s the second-winningest coach in the history of the NBA (1,309). He was named NBA Coach of the Year three times.

Despite all those accolades, he has the worst job in the NBA. It has been said that the team he coaches, the Golden State Warriors, couldn’t beat a Catholic girls basketball team.

Ouch. Maybe that is why Don Nelson lives in Hawaii during the off-season. 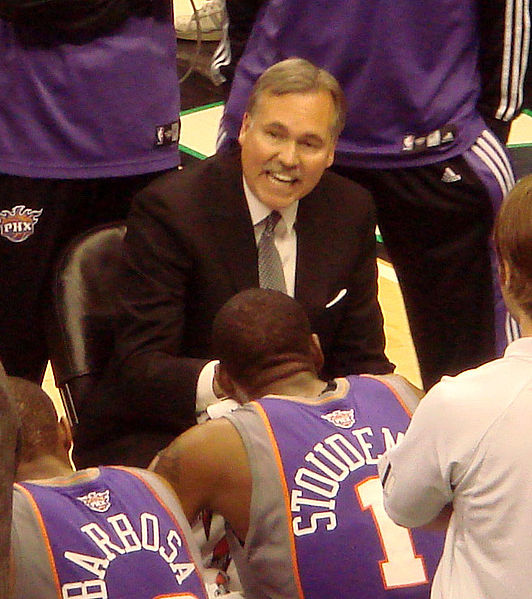 Mike D’Antoni turned the Phoenix Suns around. Then, it all fell apart. After that, the storied Chicago Bulls came calling with a bit more money. But who can say no to coaching in the world’s media capital? After struggling for an identity, the New York Knickerbockers landed their elusive coach. Now the Big Apple has a new punching bag. 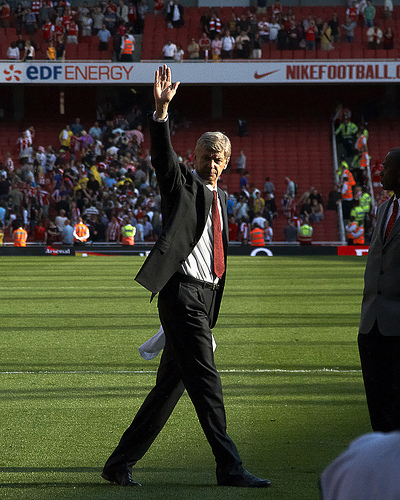 The French manager’s patented approach of crafting young players into superstars keeps Arsenal on top. Wenger turned down a pile of money from Real Madrid in the summer of 2009, endearing him to fans for years to come.