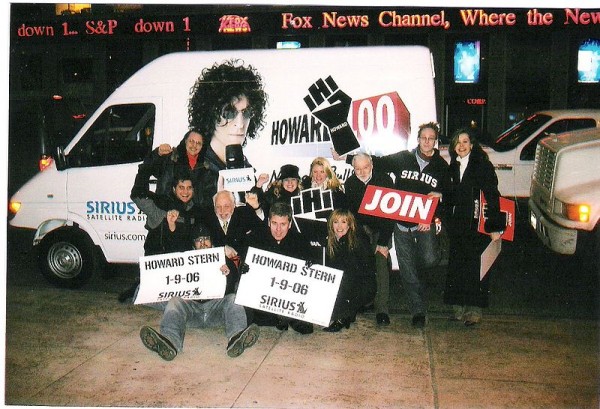 Howard Stern has had an exclusive contract with Sirius XM Radio since 2006, when he landed a $100 million annual budget, dedicated staff and studio, $218 million in stock, and perhaps even more moola that we’re not aware of. Stern’s five-year contract is up in 2011, so to save both Sirius and his free speech, he signed on for another five years. From the Wall Street Journal:

Prices for Sirius XM Radio are up a healthy 6.5% on news that the satellite radio operated nailed down the shock jock for another five years.

Questions about Stern reupping for another stint at Sirius seems to have been a weight on the shares lately. In a note published Wednesday Miller Tabak analyst David Joyce wrote “we reiterate our Neutral rating due to the potential loss of Howard Stern-reliant subs if he does not renew his contract.”

Things have not been good for Sirius XM since 2008, when Sirius Radio and XM, both facing bankruptcy, merged in order to stay solvent and diminish competition. Early last year, rumors of Chapter 11 were flying around, and the conglomerate Liberty Media bought a majority share of the company.

Since then, subscription prices have been edging upwards, appropriate for a business model that is deliberately monopolistic. But with competitors like Pandora, Sirius XM is probably nervous about losing satellite radio subscribers to terrestrial services. They almost had to keep Howard Stern–via an estimated bribe of up to $1 billion–in order to keep their point of difference.