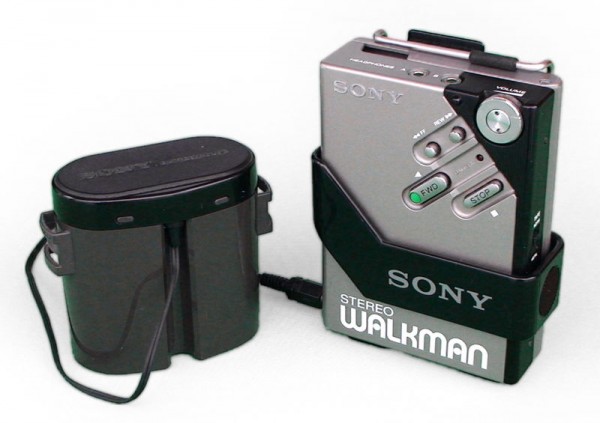 About a decade later than you’d think they would have, Sony finally stopped manufacturing the Walkman portable cassette player whose current incarnation is, arguably, the iPod Nano. Sony was still making the tape player in Japan, until this week. 220 million Walkmans were sold around the world before the 30-year-old tape player’s retirement. From CrunchGear:

The first Walkman was produced in 1979. The picture shows the TPS-L2, the world’s first portable (mass-produced) stereo, which went on sale in Japan on July 1 that year and was later exported to the US, Europe and other places. Sony says that they managed to sell over 400 million Walkmans worldwide until March 2010, and exactly 200,020,000 of those were cassette-based models.

What’s interesting is that the company will not stop manufacturing CD and MD-based Walkmans (needless to say, the same goes for their flash memory-based models). Chinese makers are expected to continue selling Sony-branded cassette Walkmans outside Japan, i.e. in Asia and the Middle East.

Sony pulled the plug on another 30-year old technology, floppy discs, in April this year.

According to CNET, Steve Jobs was inspired by the Walkman:

Count Steve Jobs among the most impressed…John Sculley, Apple’s former CEO, said recently in an excellent interview with Leander Kahney of the blog Cult of Mac.

“We used to go visit Akio Morita and he had really the same kind of high-end standards that Steve did and respect for beautiful products,” Sculley told Kahney. “I remember Akio Morita gave Steve and me each one of the first Sony Walkmans. None of us had ever seen anything like that before because there had never been a product like that. This is 25 years ago and Steve was fascinated by it. The first thing he did with his was take it apart and he looked at every single part. How the fit and finish was done, how it was built.”

So, the Walkman’s designers likely influenced the iPod. And what about the Walkman’s branding? After the music player became a hit, Sony tried to capitalize by releasing such products as Pressman, Watchman, Scoopman, and Discman. Now, think iPod, iPhone and iPad.

Thank Steve Jobs for taking portable audio to the next level, but thanks Sony for inventing it in the first place. R.I.P., Walkman, I had many good hours with you as a kid.