2008 came in two parts. Part I, which ran through Bear Stearns, carried the vestiges of prior years, when we thought we could get away with everything, never anticipating that in actuality, everything would get away from us. Some of the books on this list reflect that optimistic, braced mentality, when words like “social networking” still gave us more jitters than “401K.”

Times have a’changed. The sordid details don’t bear recounting in this post, but some of the books on this list reflect issues more characteristic of 2008’s tarnished second half, when social networking became safe, and the 401K became a figment. If these books don’t cover every event of the year, they certainly cover the thought processes that trace through it: 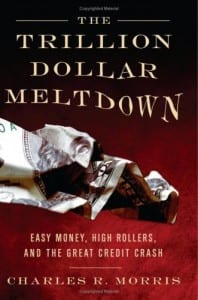 The definitive guide to the 2008 credit crisis. Though gloomy, Meltdown gives readers a detailed understanding of the thinking, trends, and historical precedents for today’s credit crisis. Starting with the crisis’ epistomological origins–the Chicago School and Keynesian economic thought–the author provides a detailed timeline leading to the current meltdown, offering crucial details that are hard to find in the mainstream media. It could also be called prophetic: Morris submitted the book in late 2007. After educating yourself with Meltdown, you can follow the crisis in real time more intelligently.

Click here for more information on The Trillion Dollar Meltdown

9. Crowdsourcing: Why the Power of the Crowd Is Driving the Future of Business
By Jeff Howe 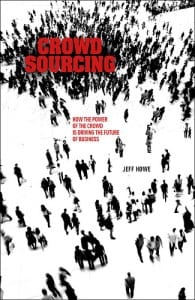 Howe argues that large interest communities–Wikipedia, for example–can, if given the right incentives, outperform traditional organizations in terms of cost and effectiveness. Crowdsourcing allows people to concentrate their talents in one area, resulting in a talented, specialized, ultra-productive workforce where performance counts more than appearance or background. Howe explains the implications and inevitability of this shift. Crowdsourcing is essential for understanding the future of human productivity.

8. The Game-Changer: How You Can Drive Revenue and Profit Growth with Innovation
By A. G. Lafley and Ram Charan 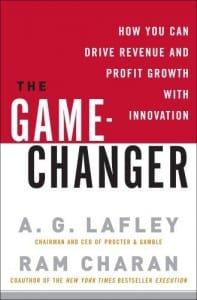 Growing and sustaining profits is fundamental to any business, period. It’s also the focus of 98% of business books out there. What makes The Game-Changer different is that it’s written by Proctor and Gamble Chairman/CEO A. G. Lafley, whose company is doing astoundingly well relative to its global counterparts. Now, Lafley and consultant Ram Charan share the tricks to using innovation to thrive, including revitalizing your business model, creating new customers and markets, and mainstreaming innovation into your management style.

In a rapidly changing world, innovation is the only way to survive. This book tells you what you need to do, from the mouths of leaders who have been there.

7. Outliers: The Story of Success
By Malcolm Gladwell 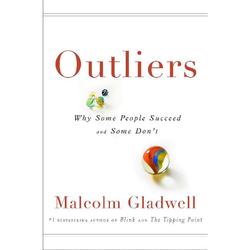 The brilliant Malcolm Gladwell strikes again, this time claiming that individual inspiration has little to do with success. Instead, circumstance, luck, timing, and culture explain why some individuals, such as Bill Gates and Mozart, are able to rise above others with similar talents. Gladwell’s trademark refreshing style makes you realize your traditional perspectives may be cliched; as in his other books, he deftly explores surfaces rather than digging into back-end methodologies. 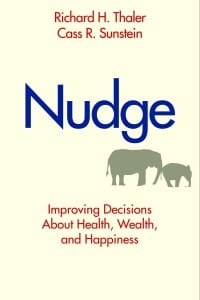 No, it’s not another Gladwell book. In fact, Nudge has more to do with Obama than underlying realities. It delves into how governments and interest groups can become more effective by manipulating the “status quo bias,” which says that people won’t choose a new alternative to the situation that fits their status quo unless that alternative choice is attractive enough to risk foregoing what they are used to.

The authors offer ways to manipulate this “choice architecture,” nudging people towards more desirable outcomes through default choices or product arrangements that encourage people to behave in a certain way. One example is making saving for retirement a default option for individuals rather than a secondary choice.

Nudge offers insight into both the existing mechanisms of human behavior and possible social engineering implications. Rather than promoting government paternalism, the authors explain how things could be done while emphasizing that people should always be given a real choice.

5. Predictably Irrational: The Hidden Forces That Shape Our Decisions
By Dan Ariely 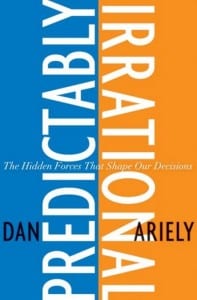 MIT economist Dan Ariely explores the old idea that although we think we’re rational, the fact is that we’re anything but. Ariely argues subtle forces, including emotions, societal norms, and expectation contribute to our irrational behavior. For example, why do we regularly overpay for coffee and gourmet meals while scrimping on cheap items like soup? Ariely uses experiments and everyday anecdotes to illustrate the biases that affect us every day. This highly readable book promises to be a new business classic.

4. The Back of the Napkin: Solving Problems and Selling Ideas with Pictures
By Dan Roam 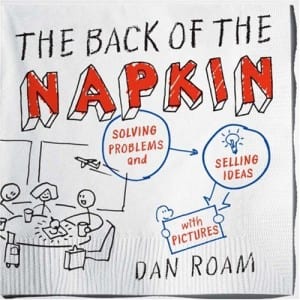 A picture is worth a thousand words…and hours of time saved during meetings and brainstorm sessions. Back of the Napkin inspires new ways of thinking and communicating, ways that outperform even the ubiquitous PowerPoint.

Click here for more information onThe Back of the Napkin

3. A Sense of Urgency
By John Kotter 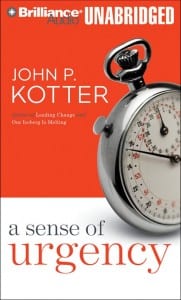 Nobody knows the dynamics of change in business quite like Harvard professor John Kotter. In 208 readable pages, Kotter explains why a sense of urgency is the single most valuable element to introduce to any business undergoing change. He reviews the eight phases necessary for a business to undergo successful change (which he elaborates on in his 1996 book Leading Change) while educating readers on the nature, characteristics, and requirements of true urgency.

Click here for more information on A Sense of Urgency

2. The Big Switch: Rewiring the World from Edison to Google
By Nicholas Carr 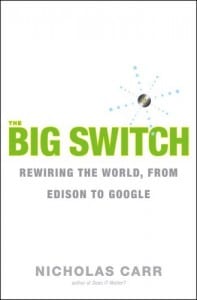 Every so often, technology evolves in a way that fundamentally alters commerce, communications, and identity itself. The last time this kind of shift occurred was when electricity became cheap. Now, the Internet–cheap computing–is ensuring that it happens again. Carr draws historical parallels to make the case that cheap computing will fundamentally alter the way society works, from job loss to a shallower culture.

This far-reaching overview gives readers a valuable understanding of Web 2.0, cloud computing, and how they will fundamentally change the way we exist in the world.

Click here for more information on The Big Switch

1. The Snowball: Warren Buffett and the Business of Life
By Alice Schroeder 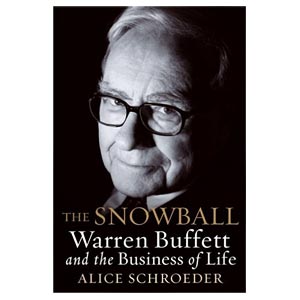 This carefully-researched tome reveals the mind, character, and life of Warren Buffett. It even exposes his secret weapon, which is…drum roll…himself. Buffett was a born business prodigy, but his quirks make him very human. As difficult as it may be to know the Oracle of Omaha, Schroeder brings readers darn close. In many ways, Buffett is business, he is history, and he is the economy. This book is a must-read for anyone wanting an overview of American business, period.