Auctions are designed to drive up the price of something via competitive, real-time bidding. That being the case, it comes as no surprise that some items reach truly astronomical prices by the time the winning bid is accepted. We’re not talking about putting the old vinyl records in your basement on eBay, either. For instance, would you believe that one man bid (and paid) over $100 million for a painting? These and other examples of runaway auction spending are explored below.

Pablo Picasso’s Boy with a Pipe (The Young Apprentice) 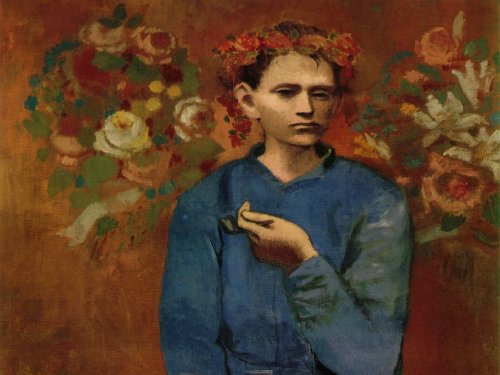 At a 2004 Southeby’s auction, one lucky buyer acquired this original Picasso painting for a whopping $104.1 million. Boy with a Pipe (The Young Apprentice) was originally painted in 1905, and its exorbitantly high sale price continued Picasso’s 14 year run as the world’s most valuable artist. One thousand people showed up to the auction on that day to whiteness someone spend a king’s ransom on the piece. The anonymous buyer made no comment as to where he planned on hanging the piece. 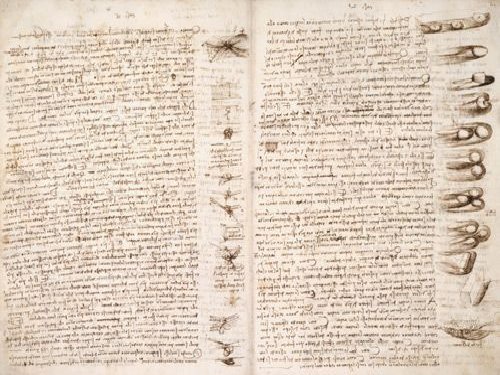 In 1994, Microsoft founder Bill Gates purchased Da Vinci’s historic manuscript for $30,802,500. Da Vinci used many journals to record his thoughts and observations, and the Codex Hammer is undoubtedly his most famous one. A few years after purchasing the manuscript, Gates released a digital copy on CDROM for the public to read. The manual is 74 pages long and contains many original sketchings alongside Da Vinci’s words.

Roman Sculpture: Artemis and the Stag 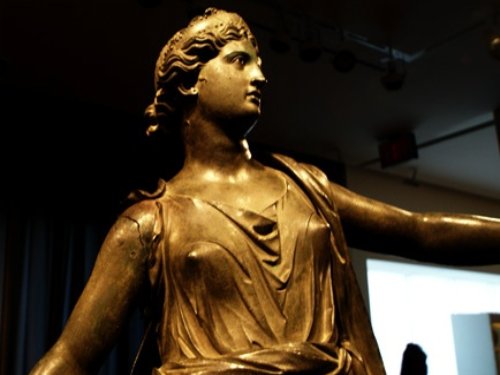 In 2007, Artemis and the Stag became the highest priced sculpture ever sold at auction when an anonymous buyer purchased the relic for $28.6 million. The sculpture is over 2,000 years old and hails back to the Roman empire. In the 1920’s, a team of construction workers stumbled upon it while digging in Rome, and they must be kicking themselves for not holding onto it now. The winning bid came as a surprise to some curators, who predicted it would only go for $7 million. 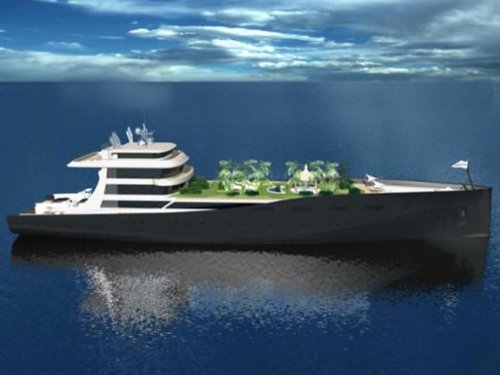 The most expensive item ever auctioned on eBay was a 405-foot yacht, appropriately named the Gigayacht. A Florida company named 4Yacht sold the monstrosity for a final purchase price of $168 million. To even acquire the boat, the seller had to make a one time payment of $84 million (half the sticker price) to hold it for him. The Gigayacht was designed by former naval architect Frank Mulder, who has since designed an even more extravagant Gigayacht for sale on eBay. The new boat is lavish as they come, featuring fourteen multi-level VIP suites and a helicopter garage. 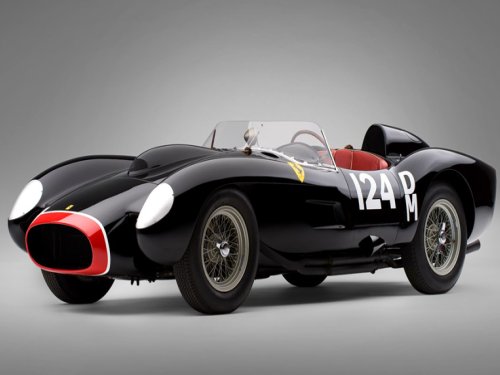 Sold in 2009 at auction for $12.2 million, this Ferrari was one of only 21 cars like it. The Testa Rossa’s striking beauty is truly something to behold. Smooth lines and pontoon fenders set the body aside from anything else quite like it. The car was created by auto designer Sergio Scaglietti and is reportedly one of his all-time favorites. This particular car isn’t as fast as its legendary Ferarri family members, taking no better than 4th place in all of its races. That fact aside, speed certainly didn’t stop it from selling at such a high price in the heat of a recession. 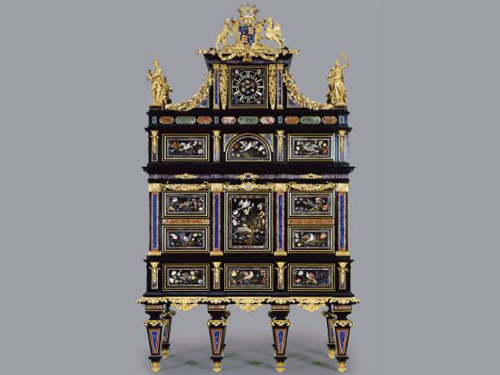 You wont find this at Ikea! Sold for $36 million at a 2004 Christie’s auction, this chest broke its own record for the most expensive piece of furniture sold at auction. The chest hails from 18th century Florence and is made of ebony wood inlaid with amethyst quartz, agate, lapis lazuli and many other precious gems. The chest received its name because it resided in Badminton England for more than two centuries. A true piece of art, the item has been owned by Barbara Johnson of the Johnson & Johnson corporation and Prince Hans Adam II of Liechtenstein. 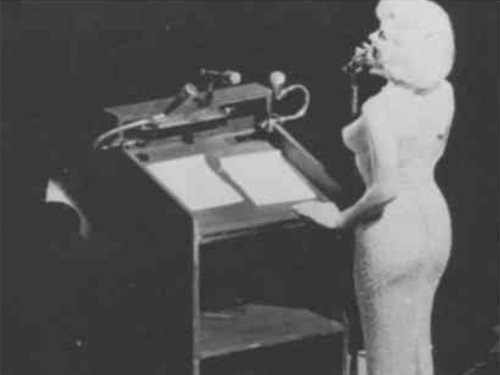 If it was ever clear that President John F. Kennedy and Marilyn Monroe had more than professional relationship, it was on May 19th, 1962. At Kennedy’s birthday celebration, the gorgeous actress sang him a seductive sounding birthday song wearing a dress so tight and curve-hugging that rumor has it she wore nothing underneath. Manhattan collectible company Gotta Have It purchased this dress at auction $1,267,500 in 1999. Company President Robert Shargen was once asked why he would pay so much for a simple dress. He replied that he would have paid twice what they got it for, and regarded the sale a steal. 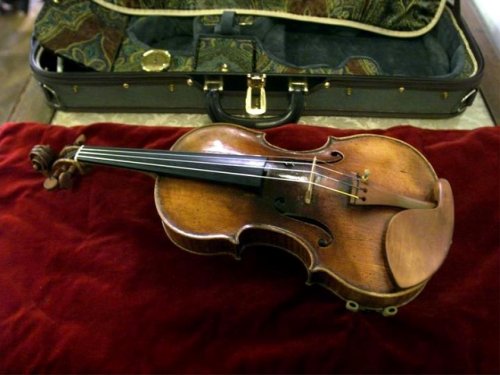 Bartolomeo Giuseppe Antonio Guarnieri was the grandson of an apprentice of Antonio Stradivari, the world-famous Italian instrument maker whose violins were said to be some of the finest of all time. Only 250 of Guarnieri’s instruments have survived to present day, and it was one of these fine antiques that broke the record for the most expensive instrument ever sold at auction. In 2007, a Russian lawyer purchased a Guarnieri violin for $3.9 million. The violin had not been played for 70 years at the time of the sale, until the buyer hired Israeli maestro Pinchas Zukerman to play it for him at a private concert. To hear the first few notes play off such a classic instrument must have made the investment worth every penny. 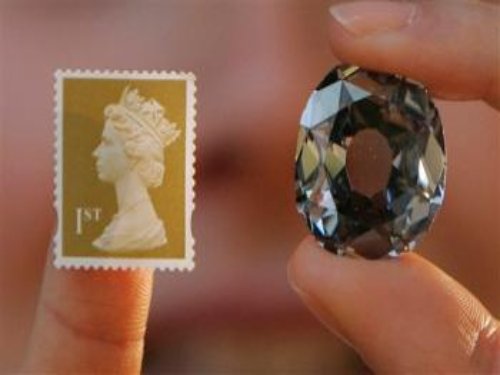 Remember admiring your own wedding ring or window shopping in awe of one carat diamond pieces? Well, until you’ve seen the Wittelsbach diamond, you haven’t seen anything. Sold at auction for $23.4 million in 2008, this 35.56 carat diamond is about the size of a stamp and dates all the way back to the 17th century. King Philip IV of Spain used the rock for his daughters dowry. Now there’s a spoiled daughter! After WWI the jewel was repossessed by the state until a private collector bought it in 1964. 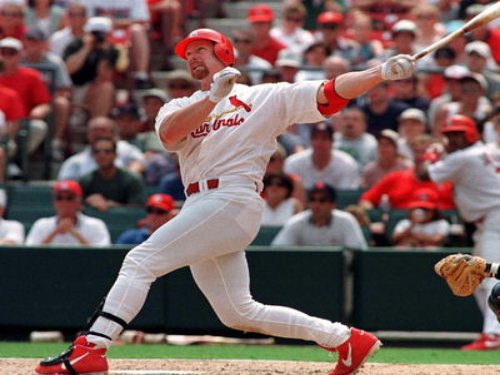 The race between McGwire and Sosa for the most home runs batted in a season was an event the entire country united over. Whether or not you even liked baseball, the record breaking season was something you no doubt read about or even watched as it unfolded. The ball that set the new record, number 70, cracked off McGwire’s bat in 1998, and in 1999 it sold at auction for $3 million. Unfortunately for the current owner of that ball, McGwire’s testy remarks at 2005’s Congressional hearing on steroid use in baseball has alienated much of his public support, making that ball practically worthless compared to that astronomical purchase price in 1999.