The concept of a Micronation is a crazy one. Tiny nations, rarely recognized by anyone, they claim territorial independence but are mostly ignored by the rest of the world. Some are pretty legit, some are jokes, and some are scams, but they’re all interesting. These 17 Micronations all have individual claims to fame that make them intensely cool, in one way or another.

Molossia is probably one of the most well known Micronations, with just the right blend of tongue-in-cheek humor and seriousness be wonderful and awesome. Molossia is based on two properties in Nevada and Pennsylvania, stretching over 58,000 acres owned by President Kevin Baugh (dictatorial). He issues their own money, they recognise other micronations, and if you give him enough warning, he’ll even give you a tour in full uniform. Molossia has its own alphabet, flag, and has been at war with East Germany since 1983, despite only being founded in 1999. Plus, they just added their own words to the Albanian national anthem. A little bonkers, and a lot of fun, how could you dislike the Republic of Molossia?

16. The Kingdom of Lovely

In 2005, the BBC ran a six-part documentary titled How to Start Your Own Country in which comedian Danny Wallace attempted to do exactly that — the Kingdom of Lovely is what resulted. He decided his flat would be appropriate, and gave Tony Blair a declaration of Independence, claiming it as a micronation. Partly internet based, Lovely now has more than 55,000 citizens scattered around the world, but Wallace’s attempt to gain recognition from the United Nations was harmed by him lacking any territories.

15. The Duchy of Bohemia 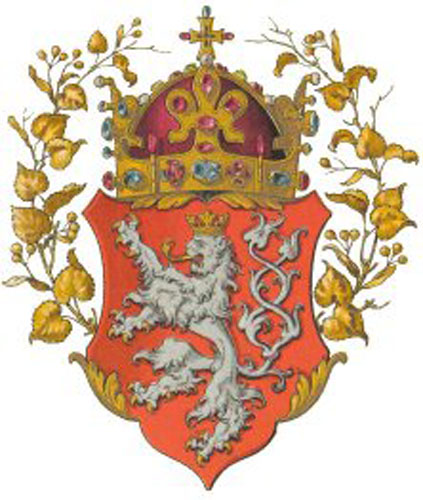 Whether the Duchy of Bohemia is actually a micronation or not is up for debate. Amongst the serious Micronationers, it’s generally frowned upon as they haven’t been doing anything really political, instead just selling off titles as a way to make a quick buck — rather than attempting to set themselves up as a legitimate mini-country. The reason I’ve included them is because their backstory is wonderful — they believe themselves to be the government in exile of Bohemia, which was absorbed into other Eastern European countries decades ago. They believe themselves to be descended of the Bohemian royal line, which is kinda badass.

14. Gay and Lesbian Kingdom of the Coral Sea Islands 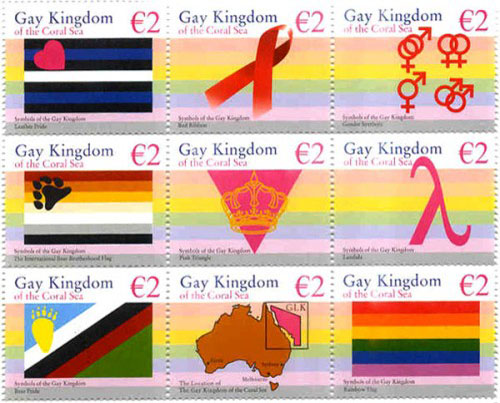 In 2004, the Australian govenrment refused to acknowledge gay marriages, so as a move of symbolic protest a huge cluster of islands of the Northeast Coast of Queensland were declared the Gay and Lesbian Kingdom of the Coral Sea Islands, a Euro spending constitutional monarchy under the rule of King Gautier I. With a national anthem by Gloria Gaynor, anyone who was gay or lesbian was immediately granted citizenship — though the only economic activity on the islands was tourism, fishing, and selling stamps. Yes, it’s silly, and no it’s not meant to be taken seriously, but it was an interesting protest, and all done in fun.

13. The Dominion of Melchizedek 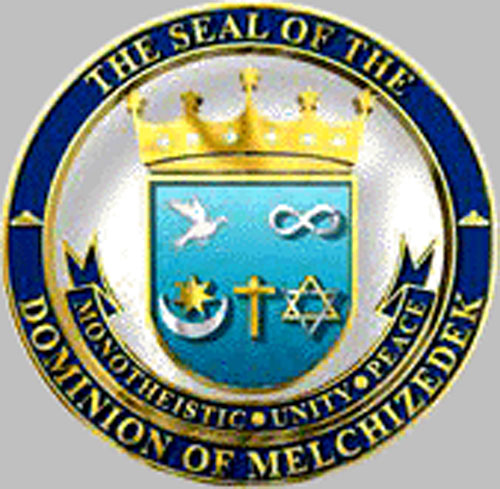 The so-called Dominion of Melchizedek presents the seedier side of micronations, a group of people involved in an immense swathe of financial fraud that brought the world powers down against them. Not internationally recognised, it was founded by a father and son con-artist team, who sold fake banking licenses. They facilitated global banking fraud, and were once called “one of the most diabolical international scams ever devised in recent years.” The leaders claim it’s an “ecclesiastical sovereignty,” like the Vatican City, but that’s more or less BS. They give banking licenses to illegitimate entities, who then rip off everyone else. Poor immigrants were also duped into buying citizenship papers they couldn’t afford, only to find they were useless. Nice people, all around. 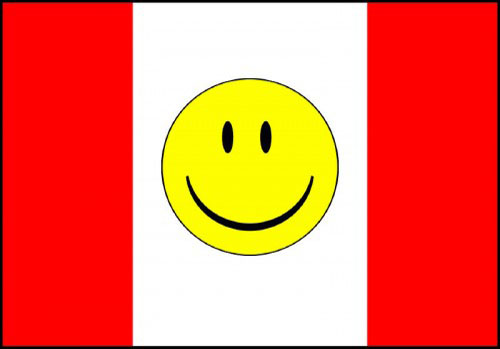 Their flag has a happy face on it. Do you really need any more indication that these people are amazing? They also take the micronation concept to absurdest ends, claiming diverse areas of land like a square kilometer of Australia, a house-sized area in Montreal, Canada, a colony on Mars, the northern hemisphere of Pluto, and an imaginary planet. For the first 10 years of existence, it didn’t even claim any land, but still managed to declare war on other micronations. They also have one of the most wonderful mottos around “The Empire exists to facilitate the evolution of a society wherein the Empire itself is no longer necessary.” It’s pretty much a state set up by a bunch of HGTTG nerds, which is amazing in and of itself. 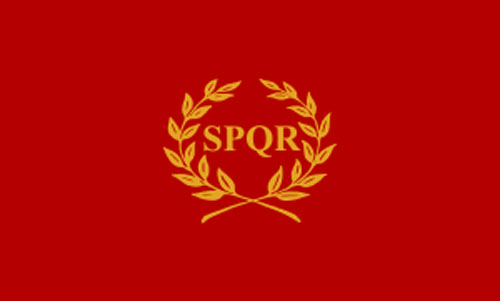 Take you standard SCA style reenactment geeks, have the obsess about Rome instead of the Middle Ages, and turn the wackiness up to 11, and you have the basics of Nova Roma. Founded in 1989 in order to “the restoration of classical Roman religion, culture, and virtues,” they’re a fully recognized non-profit with an educational and religious mission. They practice the Roman religion, do the festivities, wear the clothes, reenact battles — but I’m assuming skip the horrible torture, ethnic cleansing, and pedophilia. Well, I hope. The New Romans don’t really consider themselves a Micronation, but the rest of the Micronation community does, and they have made utterings about attempting to become a sovereign nation following in Roman traditions. 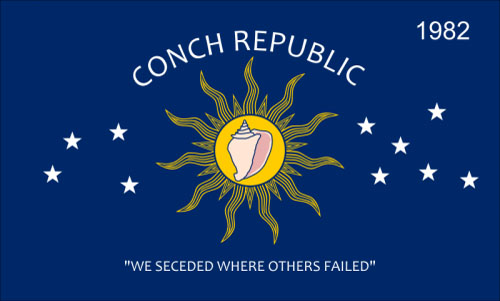 The Conch Republic deserves to be on this list if only for having the funniest motto I’ve ever seen on a Micronation: “We Seceded Where Others Failed.” Well played, Conchers, well played. The Republic is completely tongue-and-cheek, and exists only to help drive tourism to the Florida Keys, but its founding was caused by real frustrations. When the US Border Patrol set up a checkpoint between Key West and the mainland, it frustrated a number of residents. Why were they being treated like foreign nationals entering the USA when they were citizens? So they decided they should make their own country. Yeah, they were removing the Michael, but were doing so with a point.

9. The Other World Kingdom 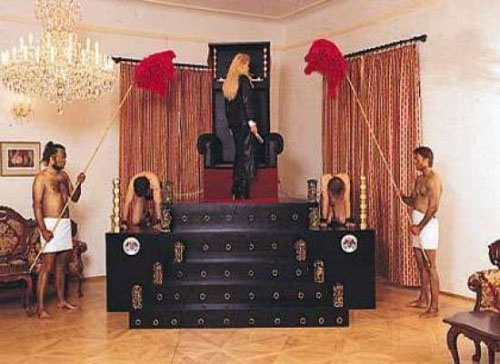 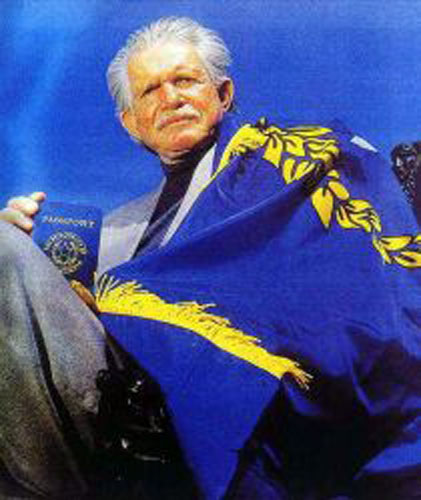 This entry isn’t just one nation, but instead is devoted to the number of attempted Libertarian micronations that have fallen apart for one reason or another. Hey, whenever your entire population thinks they’re John Galt, it’s hard to find someone to fix the sewage pump. There was Minerva on a small reef island near Fiji, which fell when Tonga invaded and took it over. There was New Utopia, founded by Howard Turney, which may or may not be an immense scam, depending on who you talk to. Then the Principality of Freedonia attempted to lease land in Somaliland, but public dissatisfaction led to rioting and the death of a Somali national, so the American students who founded it scarpered. There’s the more recent Seasteading Institute, which is attempting to build an ocean based new nation. I’m sure one day, one of them will succeed.

7. The Empire of Atlantium

Unlike many of the tongue in cheek attempts at micronationhood, the Empire of Atlantium went at it with a fierce devotion to the nation-state experiment, and wanted to found an extremely liberal, secular humanist utopia. Formed in Sydney in 1981, the nation has only 0.29 square miles to its name, but as primarily non-territorial state, they’re cool with that. I guess you could say it’s more a state of mind (oh god, why did I make that pun?) The man behind Atlantium is fiercely disliked by other Micronations, essentially for being an enormous flaming douchenozzle, but at least he’s trying. 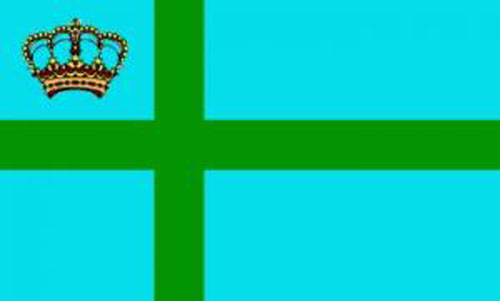 For some reason, up until 2001 there was a huge wedge of Antarctica not claimed by any existing nation. All of the land south of 60° S and between 90° W and 150° W. was between the claims of Chile and New Zealand, and no one wanted it. So Travis McHenry claimed the so called Marie Byrd Land, and christened it the Grand Duchy of Westarctica. Of all the entries on this list, Westartica actually makes more sense than most. There was a huge swathe of land that nobody wanted, so why couldn’t they just claim it? It was completely unclaimed, so they grabbed it. I kinda hope they actually get some recognition, at least one of these guys deserves a win. 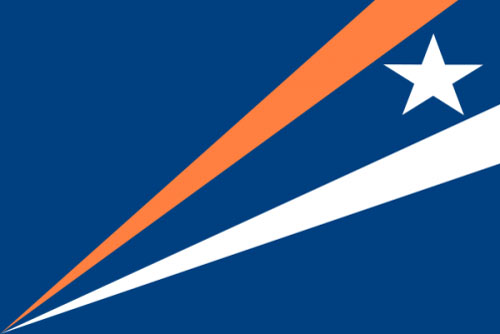 Possibly the most widely known and condemned of the scummy, scamming micronations, the Kingdom of EnenKio claimed Wake Atoll of the Marshall Islands as their home base. These three little islands make up around 6.5 square kilometers of land, and after setting up this micronation in 1994, the founders immediately started setting up scam passports and diplomatic papers, which they sold to various unsavory types, despite them not actually having any weight in any nation on the planet. Both the United States and the Marshall Islands have released official communications condemning the actions of the EnenKions.

One of the longer running micronations, the Hutt River Province was founded in Australia in 1970. Based in the middle of fucking nowhere, around 500km north of Perth, this 18,000 hectare of farmland declared their secession after what they deemed to be overly draconian wheat production quotas. Unlike most other attempts on this list, the Hutt River Provinces almost succeeded. There’s an old Commonwealth law allowing for succession, and the Queen’s representative in Australia couldn’t be bothered fighting the five families who started the new country, so they just let them be. They don’t pay taxes, and mostly just keep to themselves, selling stamps and coins to make some extra cash on the side. 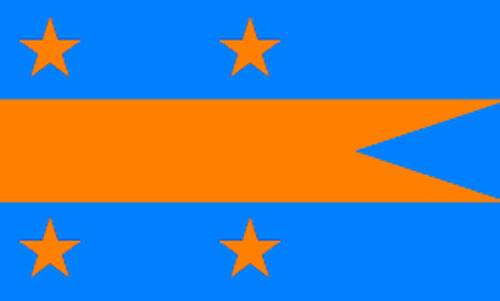 Wait a second, someone actually wants Long Island? Huh, who would have thought? The ILI is an interesting case, because while they started by claiming the entire island as their own in 2007, on the grounds that it never changed hands to the Americans during the Revolutionary War. Or something like that. They could just be ornery, I’m not really sure. But in the scant handful of years that followed, it was entertaining as all hell to watch their dreams crumble into dust. Unlike some of the leaders on this list who kept their delusions going for years, the ILI first wanted their own country, then were happy being a separate state, and now have completely abandoned political aspirations and is now a “cultural project.”

Within the Danish capital of Copenhagen sits a small, self-declared autonomous region known as Freetown Christiania. Founded in 1971 by, well, hippies, it’s run by, well, hippies. A bunch of squatters took over a former military barracks, and set up the mother of all communes. Think street music, lots of pot, vegetarian food, no violence, and no hard drugs. Christiana was most well known up until 2004 for its completely open marijuana sales. Anybody (including tourists) could just rock up to a stall and buy some hash. Unfortunately, 2004 saw the Danish government crack down on this, and the freeholding has been in a legal wreck ever since, with their very existence in question. Luckily, 2011 saw them open their doors to the public again after shutting last year.

Far and away the most widely known and popular of the micronations, Sealand is based on a WWII sea fort in international waters off the coast of the UK. Occuppied by the Sealandian royal family since 1967, they have a strong internet presence, and appear to make much of their money by hosting internet gambling sites on their servers, as it’s perfectly legal in Sealand. They’ve also made quite a spin on tourism and selling of minor titles. While not technically recognised by any other nation, they’re on an island no one has jurisdiction of, so they generally just get left well enough alone. Strangely, Sealand received a major popularity boost thanks to the anime and manga series Hetalia: Axis Powers, which was about the personified embodiments of nations (don’t even ask) including the tiny Sealand.