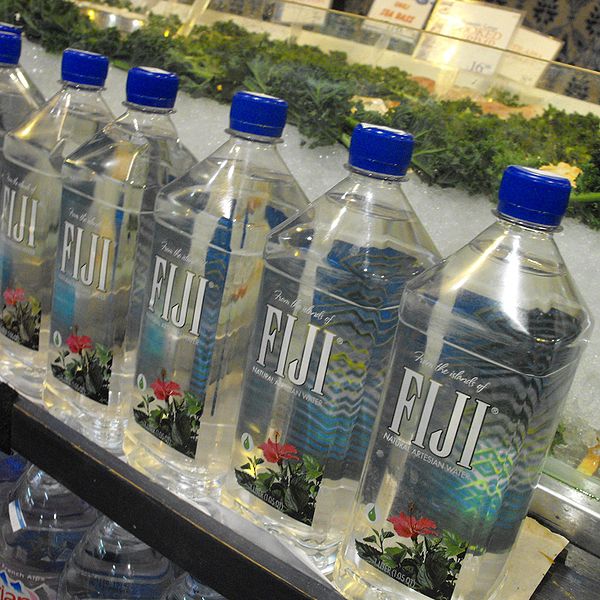 FIJI water, with its trademark rectangular bottle and exotic branding, could soon become a thing of the past. Owners Lynda and Stewart Resnick are shutting down the FIJI water plant after the country’s government tried to implement a massive tax increase. From the Washington Post:

Fiji Water on Monday closed its operations in the South Pacific country that gives the popular bottled drink its name, saying it was being singled out by the military appointed government for a massive tax increase.

A company statement announcing the decision did not say whether the company was shutting down permanently in Fiji, where an acquifer deep underground has been the source of one of the world’s most popular bottled water brands.

The company, owned by California entrepreneurs Lynda and Stewart Resnick, said it was closing its facility in Fiji, canceling orders from suppliers and putting on hold several construction contracts in the country.

But the company wanted to keep operating in Fiji and was willing to hold discussions with the government about that, said the statement, issued from the company’s headquarters in Los Angeles.

The new tax would be 15 cents per liter of water, as opposed to the country one-third of one percent of total water volume extracted, according to the Post. The rules are such that FIJI Water extractor Roll International Corp. is the only company affected.

Such are the risks of doing business in a military junta-run country. Now what are all those FIJI water addicts going to do if the gorgeous and purportedly better-tasting beverage disappears? (I would not be surprised to see the Resnicks, who are packaging masters, come up with another brilliant marketing/packaging scheme for a new kind of water.)