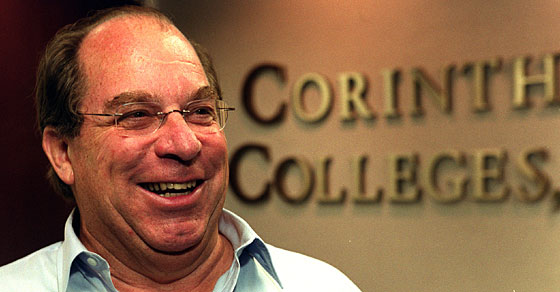 The US Department of Education revealed on Monday that it would forgive $544 million in student loan debt from the now-bankrupt for-profit chain Corinthian Colleges.

During a press conference, Secretary of Education Arne Duncan also said the department is going to create a plan that will forgive the debt for students who were defrauded by the chain of useless schools.

Lewin says “the government has never before opened debt relief to such a potentially large pool of students.”

Corinthian Colleges shut down all of its remaining 28 ground campuses on Monday, April 27, leaving 16,000 students with no classes and a lack of support. The shutdown arrived two weeks after the US Government said it was fining the university $30 million for misrepresentation.

Under the plan students who attended Corinthian Colleges throughout the United States and left on or after June 20 last year, will receive a closed-school discharge of their federal student loans.

Santa Ana, California-based Corinthian, which had operated the Heald College, Everest and WyoTech schools and offered degrees in healthcare and trades, filed for bankruptcy on May 4. The for-profit school chain filed for Chapter 11 with $143 million in debt and about $19 million in assets.

In late 2014 Corinthian sold more than 50% of its campuses to nonprofit education provider ECMC Group Inc. The company kept 13 of its campuses open until April 26, 2015.

The college-based company was fined $30 million after it misrepresented its job placement rates to students in its Heald College system. The government fine also said Heald College would no longer be allowed to enroll students.