Vending machines have been around since the first century AD. By today’s accounts, even the first vending machine, which dispensed holy water to temple visitors, was weird.

The tradition continues. This month alone, Germans released a 24K gold bar vending machine, and an Italian entrepreneur exhibited a machine that makes pizza from scratch. These machines are featured along with 8 other oddities below: 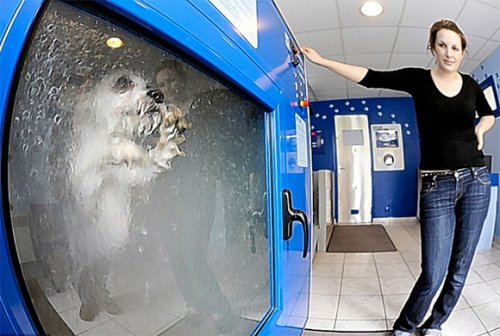 The Dog-O-Matic, an automatic dogwashing machine, is a hit in the town of St. Max, France. Inventor Romain Jarry wants to launch it in Britain next year, but claims that “at the moment people are still getting used to the idea,” according to the Daily Mail. That’s probably because the device looks like a canine waterboarding machine. “It doesn’t take long to wash the dog,” he said. “The longest part is the drying. The dogs don’t seem to get bored. They just sit there and they come out clean.” If your dog makes it through without trauma, your wallet won’t: It costs $21 to wash a small dog, $35 for a medium dog, and $49 for a big animal. 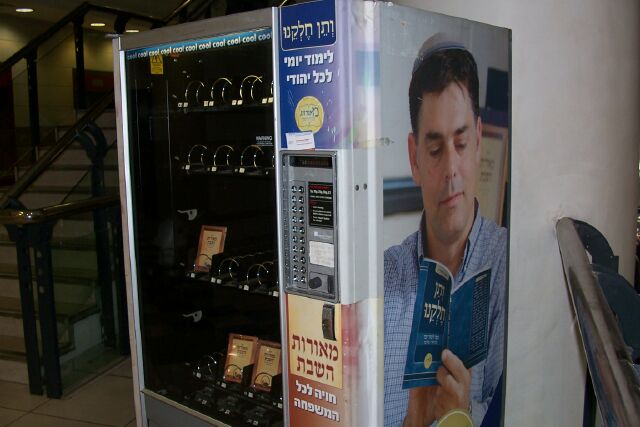 This vending machine sits in Jerusalem’s central bus station, where it sells booklets on Jewish traditions and laws. The purpose of the sponsoring organization, Hadaf Hayomi, is to “spread Torah knowledge worldwide in a beautiful manner.” Not sure how beautiful vending machines are, but they’re certainly spreading the message. (From Jacob Richman’s blog). 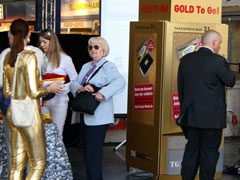 Online discounter Gold-Supermarkt.de launched the “Gold-to-Go” machine in May to address increasing demand for the precious metal within Germany. The machine sells 1 gram, 24-karat gold bars, and updates prices every 10 minutes. The company plans to install 500 machines in train stations and airports Germany, Austria, and Switzerland. The tiny bars are hardly a good investment: Goldbugs pay 31 Euros cash for a bar worth about 21 Euros. But you can’t beat the bars for novelty points. 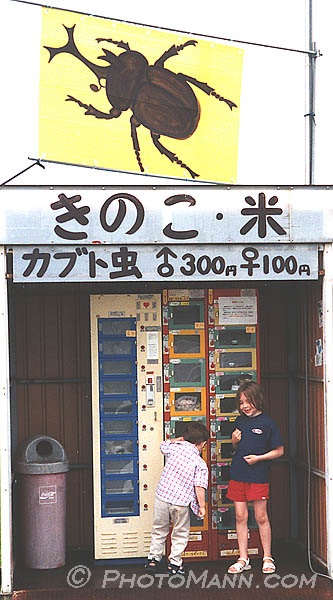 According to Doug Mann, who took the picture above, some Japanese kids like to keep rhinoceros beetles as pets. The roadside vending machine above sells them for 100-300 yen each. The males, which have long horns protruding from their heads, are especially coveted. Department stores in Japan also sell the bugs. 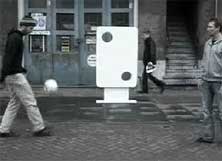 Source: We Make Money Not Art

If the urge to play a game of pick-up soccer with your friends ever hits, Call-a-Ball will provide. This soccer ball dispensing machine spits out an RFID-embedded ball when you send an SMS with the vending machine code on it. You can also register to have the machine send a “challenge” message to your friends via SMS. When you’re done kicking, just pop the ball back into the machine. 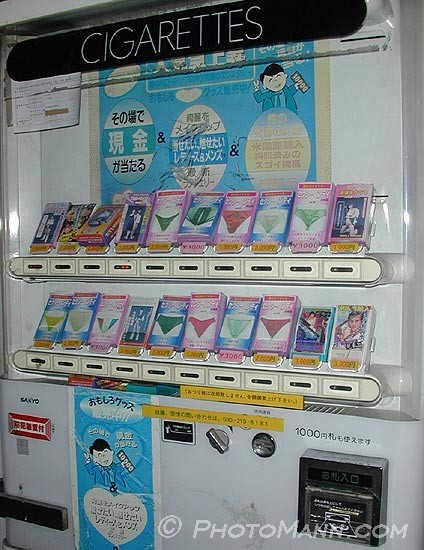 No, it’s not an urban legend. Though Japan’s famous used schoolgirl panty vending machines were purportedly banned in 1993, individuals continued to report their existence around the country until at least 2001. The panties are supposedly worn by schoolgirls before they make it into the vending machines, where they sell for upwards of $50 a pop. 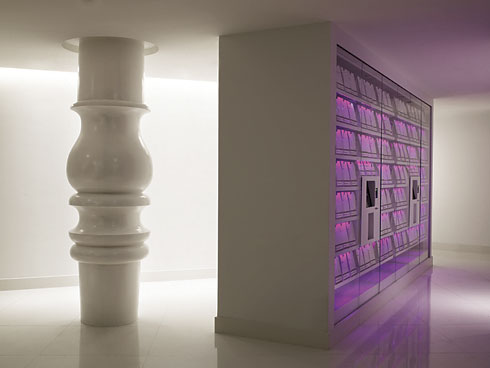 Miami’s Mondrian South Beach hotel boasts one of the world’s fanciest vending machines. The specially designed Semi Automatic machine only takes credit cards. In return, it deposits a variety of luxury items, including 24-karat gold handcuffs, designer vases, jewelry, and a Rolls Royce Silver Shadow (rental only). According to the New York Times, an anti-recession T-shirt is among the machine’s bestsellers. 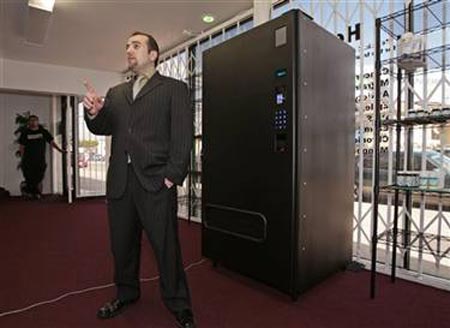 The pot vending machine featured above dispensed up to 1oz/week of prescription pot. Approved users could choose from five strains, which they would receive in a vacuum-sealed plastic capsule. The machines were installed in California in early 2008, then seized by DEA agents not long thereafter. 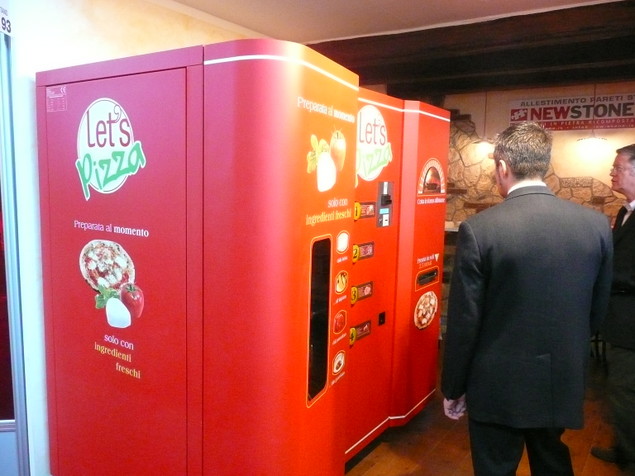 “Let’s Pizza,” a vending machine released by Italian entrepreneur Claudio Torghele, makes pizza from scratch in less than 3 minutes. All you need to do is choose one of four types of pizza, pay $4.95, and watch as the machine creates a fresh pie. The machine mixes and presses the dough, adds sauce and toppings, and bakes the pizza in an infrared oven. At the end of the process, you pick up the steaming pizza on a cardboard tray. If you’re a hygiene freak, or simply in a hurry, you could become fast friends with the “Let’s Pizza.” 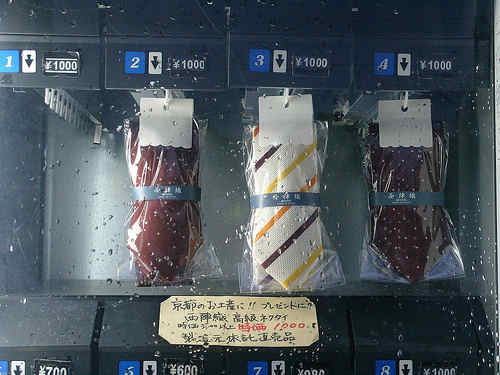 Another Japanese vending-machine oddity, in case a paper shredder or cup of coffee gets the better of your old tie.