We’re the fattest country on the planet. You’d think we’d get tired of the topic of eating food. Instead, we’ve turned out attention to watching others eat ridiculous amounts of food.

During recent years, eating contests have emerged as one of the hottest new competitive sports to hit the TV circuit. Though NBA players would scoff at what IFOCE (International Federation of Competitive Eating) Major League Eaters make, gurgitation still does pay, if you win the right contests.

We rounded up the five most lucrative eating contests in the world, which, ironically enough, all take place in the US. Which one could you win? 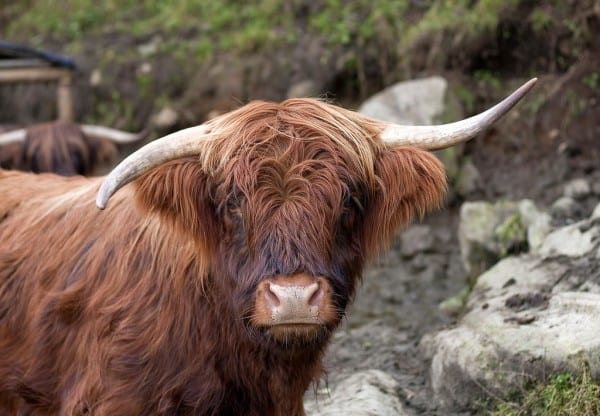 They say oysters are an aphrodisiac, but what about Rocky Mountain oysters? Most people would want to vomit at the though of eating more than one of the deep-fried bull testicles. Competitive eaters, however, will shove anything down their esophogi to win those coveted titles.

The Isle Black Hawk Rocky Mountain Oyster competition is part of an agreement between the Isle of Capri Casinos and the International Federation of Competitive Eating. There will be a variety of eating competitions all over the country in various casinos with many different types of foods.

This particular testicular contest takes place this fall in what’s locally known as the senior-citizen gambling community of Black Hawk, Colorado. The casino, in conjunction with IFOCE, will offer the first place winner $1,500, second place will get $1,250, third will get $1,000, and so on, up to fifth place.

Frankly, I wouldn’t do it for less than $50,000, but winner hopefuls like Pat “Deep Dish” Bertoletti, Bob “Notorious B.O.B.” Shoudt, and Tim “Eater X” Janus are all teeth when it comes to this contest. 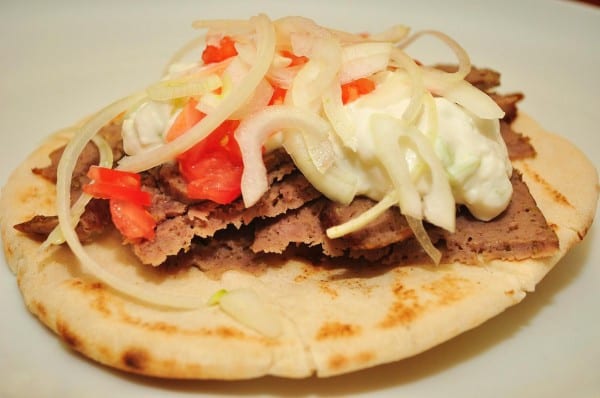 Greece is known for many things: beautiful traditional dances, great wine, and, above all, amazing food. The fact that the food is good is a big bonus to the competitive eaters who traveled to Houston’s Festival of Greece on May 15, 2010, to participate in the Niko Niko’s World Gyro Eating Championship.

The huge gyro sandwiches that they ate were stuffed full and looked delicious, in moderation. Savoring them, however, was the last thing on champion Joey Chestnut’s mind when he gulped 21 gyros in 10 minutes to win the $2,000 grand prize. His feat also tied him with the current world record.

In a very close second was another well-known eater, Pat Bertoletti, who swallowed an equally gy-normous 20 gyros in the 10 minutes given for the competition. 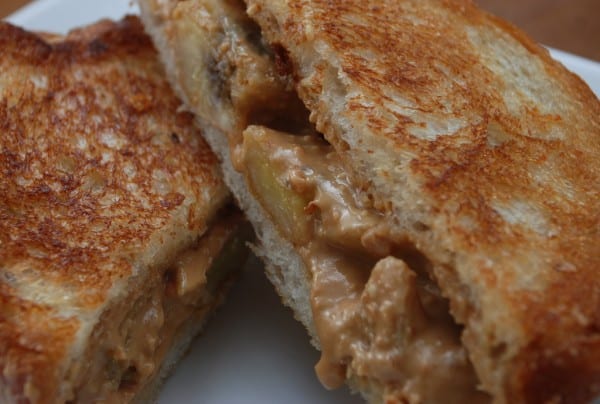 What would you do to celebrate Elvis’s 75th birthday? If you’re thinking of sitting down with a peanut butter and banana sandwich, Elvis’s favorite, the folks at Biloxi’s Isle of Capri Casino are right there with you.

On May 8, 2010, an outrageous amount of boneless chicken wings were served up to 15 participants at the Isle of Capri Casino and Hotel in Boonville, Missouri, and the feathers began to fly.

The prize in this competition was the same as other Isle of Capri Casino eating events, so Tim got a nice $2,000 to roll onto the plane home with.

6. Battle of the Bone

The Battle of the Bone, unlike most competitive eating events, boasts several qualifying rounds throughout the year that lead up to a grand finale culminating in a grand prize winner.

To qualify for the grand finale competition, each prospective contestant must win a weekly round at one of the many Native New Yorker–a restaurant–locations in Arizona. According to the rules, the competitors are given “10 minutes and 60 seconds” (doesn’t that equal 11 minutes?) to eat as many Native New Yorker “medium” wings as they can.

One of the more recent qualifiers managed masticate his way into the grand finale by eating 2.5 pounds of these wings. The prize at the end of the road is not money, but a brand new Harley Davidson motorcycle for the first place winner, and 2011 season tickets for the Arizona Diamondbacks for second place. The impressive contest turnout indicates these prizes are hugely popular with Arizonans. 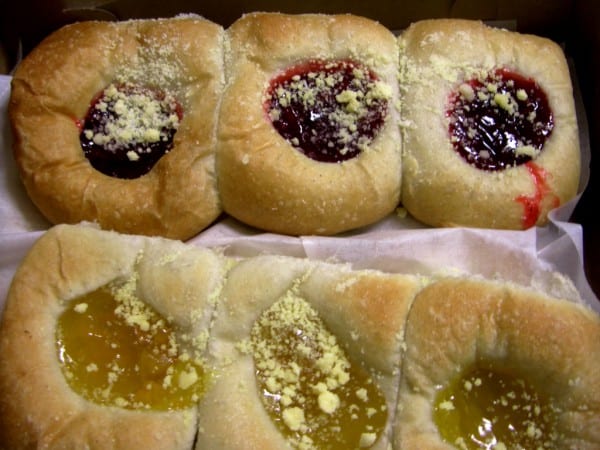 When you think of all those massive eating competitions, you rarely think of breakfast foods. But the Kolache Factory World Kolache Eating Championship, which takes place in Houston, is one of the biggest ones around.

Though kolaches come in many varieties, the contest featured them with a sausage and cheese filling, surrounded by dough and baked to a golden brown with cheese melting all over. They were scrumptious enough to make anyone drool. But, hungry enough to eat 45 kolaches in 8 minutes?

That’s what Joey Chestnut, one of the most successful and well-known competitive eaters in the world, managed to do on September 4, 2009, at the last event. Taking place in Houston, Texas, at Minute Maid Park, this event began right on the field right after the Astros beat the Phillies, so most of Houston was present to witness the digestive feat. Joey, who took home $4,500, certainly proved that he’s on a roll. 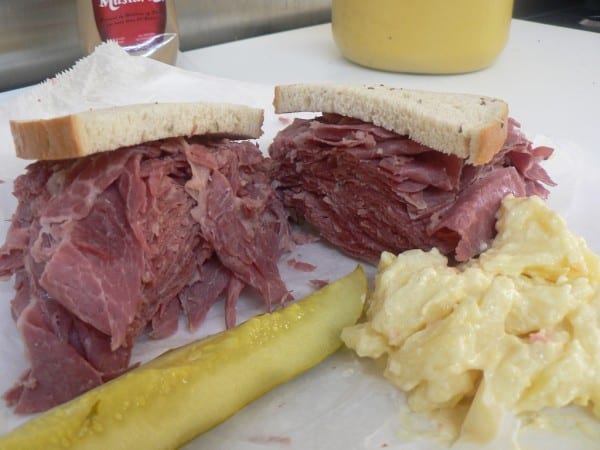 In Palm Beach Gardens, Florida, on March 17, 2010, Major League Eater Joey Chestnut munched his way to yet another victory. For the first time ever, he beat the challenge of the corned beef sandwich. All he had to do to get there was eat 15½ corned beef sandwiches weighing 8 ounces each, all in a whopping ten minutes.

Now, if you have ever seen these sandwiches, they have a roll of corned beef on them that is almost the size of a soda can. That’s a whole lot of meat to be packing away in ten minutes. But his $5,000 grand prize makes each digested sandwich worth about $322. That’s a heckuva profit.

TooJay’s also held a drawing to choose five contestants right out of the crowd to try their stomachs against some of the world’s most famous professional eaters. Each potential eater had to completely finish, with no help, one of the biggest corned beef sandwiches served in restaurants. Five competed, but none managed over 6 1/5 sandwiches. But, hey, isn’t that enough?

Another showdown at the Alamo! This time, the date was May 2, 2010, to celebrate Cinco de Mayo.

Now, while most of these eating competitions revolve around how much you can put in your stomach without throwing up or exploding, this one is a literally a little bit hotter.

The winner of this challenge, after ten minutes and double overtime, was Pat “Deep Dish” Bertoletti, who consumed 275 whole pickled jalapeno peppers. Pat beat out Sonya “The Black Widow” Thomas, who ate a more than respectable 274 peppers.

This begs the question: does pickling take away any of the fire in these peppers? Probably not, because the person who came in third could only handle 92. Of course, that is 91¾ more peppers than most people could have eaten.

Surely the $6,000 Pat won is enough to drown out the excruciating pain of tongue and stomach fire. This competition got messy, with seeds and jalapeno juice flying everywhere, and you could see the nausea on some of the contestants’ faces. Milk and ice cream will probably be on their menus for the next few days as they recover.

The thought of eating a juicy hot dog fresh off the grill will make any American’s mouth start watering. But what about 50 hot dogs? Or 60?

This is the goal these days of the Major League Eaters who entered Nathan’s Hot Dog Eating Contest, held once a year in Coney Island, New York. Over the years, entrants have eaten hot dog after hot dog to try to win the honor of the Mustard Yellow Belt, along with the monetary prize and the notoriety of being able to consume hideous amounts of processed meat in a ten-minute time period.

The winner of this year’s $10,000 grand prize is Joey Chestnut, making this his fourth win in a row by chowing down on 54 hot dogs in 10 minutes. The longest-running winner so far has been Takeru Kobayashi, a tiny little fellow of around 130 pounds (bet he weighed a little more after the contest), who won six years in a row before being beaten by Joey in 2007.

1. The Krystal Square Off

The last time the major eaters of the world congregated to battle their stomachs for this prize was September 27, 2009, and it was definitely a show for the record books.

The company sponsoring this event changed the rules a little last year so contestants were no longer able to dunk their burgers in any type of liquid or sauce to make it go down a little easier. They also changed the way the contestants earned points by adding an Angus burger to the mix. The Angus burger, being larger and meatier than a regular Krystal burger, counted as five regular Krystal burgers.

So, while contestants had to eat fewer actual burgers to get the points, they still had to eat an insane amount of meat. Winning the $20,000 prize in 2009 was the world famous Takeru Kobayashi, with a score of 98 burgers (68 regular and 5 Angus) in only eight minutes. No wonder Kobayashi had to take time out of his career because of jaw arthritis.