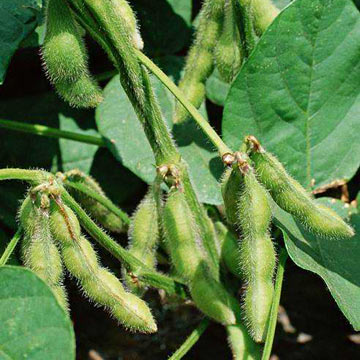 A record soybean crop will replenish stockpiles expected to dip below a two-week supply by the time harvest starts in a few weeks. This year’s crop is forecast to sell for an average $9.40 a bushel at the farm gate. Corn will average $3.50 a bushel, said USDA. Both would be the lowest in three years, since the ethanol boom drove up prices. One-third of the corn crop is used to make fuel ethanol.

The August crop report is often regarded as the most significant USDA report of the year, reflecting the U.S. position as the largest corn and soybean exporter in the world. It is the first forecast of the fall harvest and is based on field surveys and interviews of 28,000 growers.

Overall, the data is mixed, according to Agriculture Online, which claims that “floor traders say the USDA data will be negative for corn prices, positive for soybeans.” It also means that more farmers will sign up for the 2008 farm bill’s ACRE program, which guarantees more revenue in situations where prices fall.