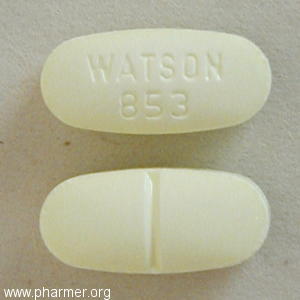 Watson Pharmaceuticals acquired Arrow Group for $1.75 billion in stock and cash today. The deal is the latest in a wave of pharmaceutical company mergers and acquisitions. Bloomberg has more:

Watson, (which gained more than 100 generic medicines through the deal, is) the second-largest U.S. maker of generic drugs. (The company) agreed to pay $1.05 billion in cash and issue about 16.9 million common shares, as well as $200 million in preferred stock, Corona, California based-Watson said today in a statement.

The transaction is scheduled to close in the second half of 2009 and would boost earnings in 2010, Watson said. The company added to a wave of deals involving generic-drug makers. Daiichi Sanko Co. bought a controlling stake in India’s Ranbaxy Laboratories Ltd. for $5 billion in November and New York-based Pfizer Inc. licensed more than 150 generic treatments this year from India’s Aurobindo Pharma Ltd. and Claris Lifesciences Ltd.

“The acquisition of Arrow will mark a significant milestone in realizing our strategic vision to expand our global footprint and leverage our assets across many developed and emerging markets around the world,” said Watson Chief Executive Officer Paul Bisaro, in the statement.

Why has the pharma industry been so heavy on M&A lately? According to this report, it has to do with stock valuation:

With sales growth rates expected to fall below their historic levels, Big Pharma must act to bolster its performance out to 2012 if it is to maintain the investment community’s valuation of its stocks. One mechanism for plugging the sales growth rate gap and fulfilling investors’ ‘growth imperative’ is M&A activity.

Pharma companies may be able to assuage that “growth imperative” until their dreaded patent cliff hits in 2011. That year, billions of dollars’ worth of drugs will go off patent. Pharma companies are scurrying to cut their losses before the fact.

But what happens next? Consolidating to gain scale, which in turn offers (temporary) solid footing in the industry, isn’t going to get pharma companies anywhere. GM and Chrysler recently demonstrated what happens when you prioritize size over strategy. And I doubt that all of these companies have their strategic ducks in a row.

I wonder how bad the shakeout will be, when it finally hits.