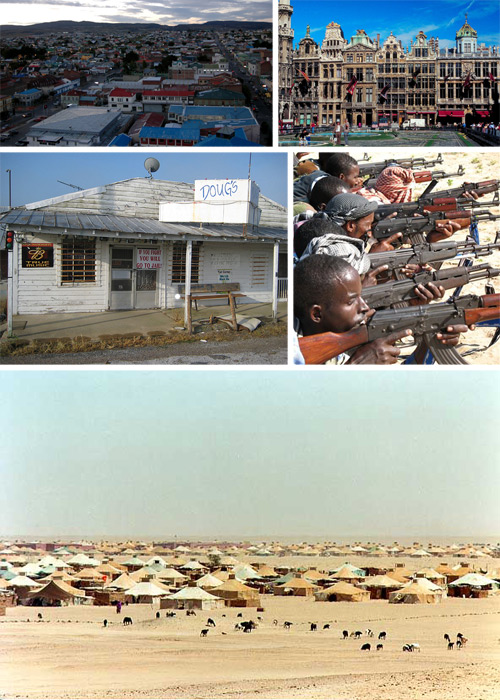 While a most of us are relatively unhappy with some of the stuff governments do — charging taxes, banning fun things and messing with our guns — we all kind of agree that it’s a necessary evil for a functioning society.  But despite our politicians breathlessly proclaiming that the government needs to take action NOW to keep the gays from taking over or healthcare from becoming unaffordable, there are a few places on Earth with little to no government at all.  Some are war-torn hellholes, but some get along just fine with little more than a modest body maintaining basic services. 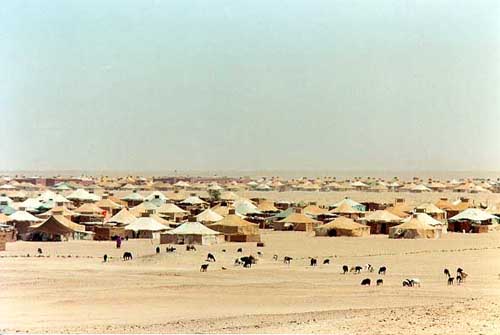 Western Sahara is a delightful little slice of nothing that nonetheless confirms our belief in the savage, violent nature of man by being the subject of bloody dispute for decades.  Located just south of Morocco (on some maps it’s just grouped as part of Morocco), Western Sahara was a Spanish colony until the latter half of the 20th century.  When Spain handed over controls of the country to a referendum, pretty much all hell broke loose as Morocco, Mauritania and the indigenous Sahwari battled for control of the country.  Mauritania eventually gave up its claim, and today the Sahwari control only small slices of desolate land.  They subsist mostly by herding camels, an increasingly dangerous activity as the Moroccan army takes delight in placing land mines across their herding lands.

Morocco has meanwhile turned the pieces of the country they do control into Potemkin Villages, heavily subsidizing basic goods, fuel, housing and business that choose to relocate there.  Which is strange, because just about every level-headed economist agrees that Western Sahara is a desolate wasteland that Morocco could never turn into an economic generator of wealth.

The result is an area  that is considered one of the most sparsely populated on the planet, existing without a single effective central government. It’s one of 16 countries on the UN’s list of Non-Self-Governing territories — the rest of the countries on the list are places like the Virgin Islands and Bermuda. 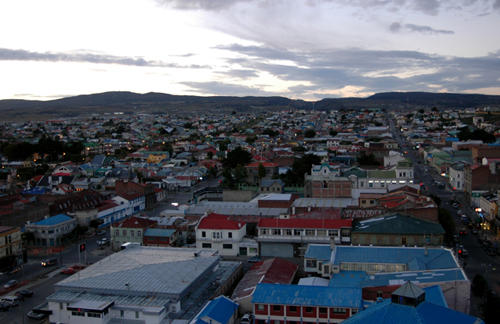 As one of the few places on Earth that lacks anything resembling a government, Antarctica is of course going to make it onto this list (also the list of commonly misspelled words—there’s a “c” after the “ar”).  While we’d like to think that, in the latter half of the 20th century when serious Antarctic exploration was getting under way, humanity was enlightened enough to avoid another bloody war over a slice of desolate territory.  The truth is, we finally found a continent so desolate, no one was willing to fight over it.

Though several countries made claims to Antarctica, and the continent does in fact possess natural resources, pretty much anything resembling “land” sits below a kilometer or two of solid ice.  New claims to the continent are outlawed under the Antarctic Treaty System–the system of agreements governing the use of the continent.  The treaties also outlaw military presences, nuclear weapons and all other manner of things that conservatives love and Greenpeace hates.  The only semi-permanent residents are scientists researching topics as varied as geology and physics.  In fact, the treaty system specifically designates Antarctica as a “natural reserve devoted to peace and science”.  Or, in layman’s terms “Wow, it’s cold down there, let’s just give it to the nerds.” 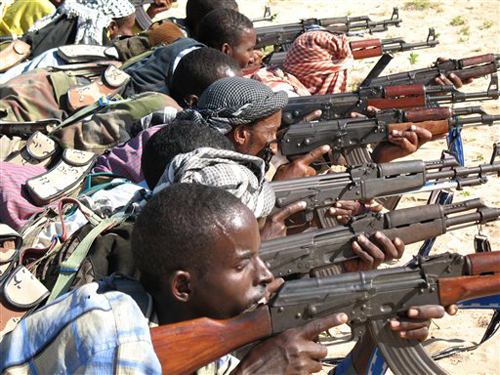 You might have seen Somalia in the news recently owing to their badass pirates and the even more badass Navy SEALS who shoot them in the head.  Well part of the reason Somalis have turned to the high seas for resources is because their country has been completely and repeatedly torn apart by war, famine and unrest.

As a result, Somalia hasn’t had anything that could be respectfully called a government for two decades.  A transitional government controls small parts of the country and capital, but the average Somali has reverted to old-school methods of government: tribal, familial, Islamic, whatever’s the latest hot new trend in third world anarchy.  A referendum in 2012 is supposed to begin the arduous process of getting the country back on track, let’s hope they’re able to reverse the effect of the worst famine in recent memory and the death of over 300,000 in fighting.  Perhaps one of the biggest ironies here is that Somalia was once a somewhat well put together nation, it’s capital Mogadishu at one time was referred to as the “White pearl of the Indian Ocean” 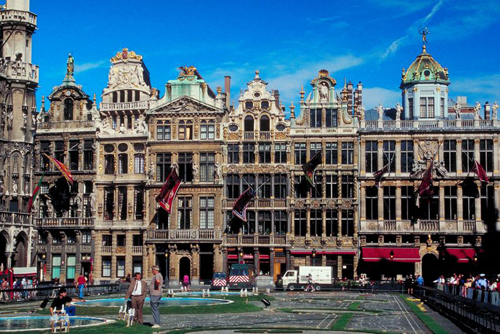 Belgium is comprised of two major communities: the French-speaking Walloon to the south, and the Dutch speaking Flemish to the north.  Like most groups in Europe that speak two different languages, they cannot agree on anything.  Specifically, they went almost two whole years without a government before forming one just this December.  The Franocophones and Dutch set a new world record at 541 days without a coalition government, and they didn’t even have gays and abortion to argue about.

So why don’t the two regions, whose differences have forced more than a few government shut-downs, just split up and annoy 6th grade geography students and mapmakers alike?  Well the simple answer is “because money”.  The wealthy Dutch regions would like nothing better than to split, while the poorer southern francophone regions don’t want to miss out on those sweet, sweet Dutch tax dollars.  If about now you’re wondering why you don’t associate Belgium with violent, godless, anarchy, it’s because a “caretaker government” has been in place for the past year and a half.  They’re sort of like the baby-sitter of governments, they’re allowed to maintain basic services, but they’re prohibited from calling their boyfriend or passing controversial legislation. 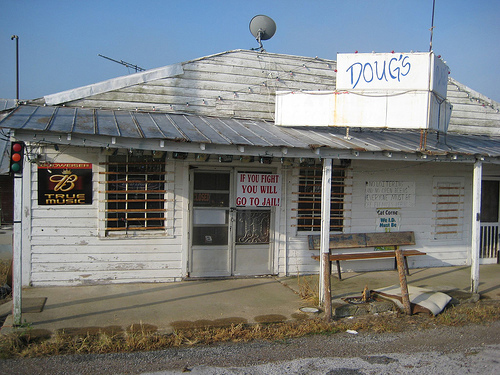 Boasting a population of a whopping 259 people and one of the most “holy wow did a third grader who just learned how to swear come up with that name”-names in the country, Nutbush is one of many unincorporated areas in America.  Basically, America is huge, and a lot of communities were deemed too redneck to bother turning into a city.  Before you start packing up your bongs, multiple wives, and copies of Atlas Shrugs, all “unincorporated” means is there is no local government in charge of Nutbush.  They are still technically supposed to obey the laws of the county, state and country.

Unincorporated areas are so common, especially in newer, less settled countries that it’s actually faster to name the countries that don’t have any unincorporated territory.  Pretty much all of northern Australia is unincorporated, presumably because Canberra decided that anyone crazy enough to move to the outback didn’t really deserve a town.

Coming back to America, Nutbush is perhaps the only unincorporated area that will come up in conversation outside of talking with a property lawyer desperately trying to make his job sound interesting.  This is due to it being the birthplace of Tina Turner, that lady who’s — depending on your age — is either famous for her soulful renditions of “A Fool in Love”, “Beyond Thunderdome”, or for being the punchline of every joke about domestic abuse made since 1993.