The World Bank’s report issued on November 18, 2012 predicts that a temperature change of just 4 degrees Celsius will trigger a “doomsday scenario.” The report highlighted the urgency to slow the global warming first noted by scientists during the 1980s and has grown to be an increasingly imminent and alarming threat than ever before. World Bank Group President Jim Young Kim offered: “Lack of action on climate change threatens to make the world our children inherit a completely different world than we are living in today. Climate change is one of the single biggest challenges facing development, and we need to assume the moral responsibility to take action on behalf of future generations, especially the poorest.” 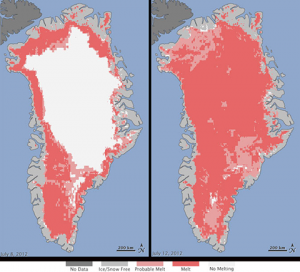 The combination of tremendous amounts of scientific research, comprehensive studies, observed climate changes, and the analysis of potential impacts, and projected risks are documented in the Bank’s “Turn Down The Heat” report. The combination of extreme weather events and incidence of heat waves as well as projections for rising sea levels, temperatures, and depleting ecosystems offers a realistic perspective on the debate of global warming.

The goal of the report is to increase worldwide efforts to reduce the risks involved in the emissions which contribute to present climate changes and increase worldwide cooperation in solving this problem by building “adaptive capacity and resilience” per Bank Vice President for Sustainable Development Rachel Kyte. The organization has reaffirmed its efforts to continue its contributions to Climate Investment Funding throughout 48 countries in an attempt to prevent global mean temperatures from rising more than 2 degrees Celsius annually – which, as Jong noted upon the release of the report is highly improbable with present increases predicted to be at least 3 degrees Celsius annually. With, per Jong’s words, “the race to heat resistant and drought resistant strains” of fundamental staple food crops running at more rapid speeds than the development of them, the threat of “severe disruptions, damage, and dislocation” within all countries may be nearer than anyone can predict.