The writer H.L. Mencken once said, “Nobody ever went broke underestimating the taste of the American public.”

In fact, the history of pop culture is littered with lowbrow ideas that failed to take hold. The success of shows like Jersey Shore and Skins, and the popularity of Krispy Kreme cheeseburgers or the Dollywood theme park notwithstanding, there are some lows to which American culture will not sink. Here’s a look at 10 business ventures that flopped, taking large investments down with them. 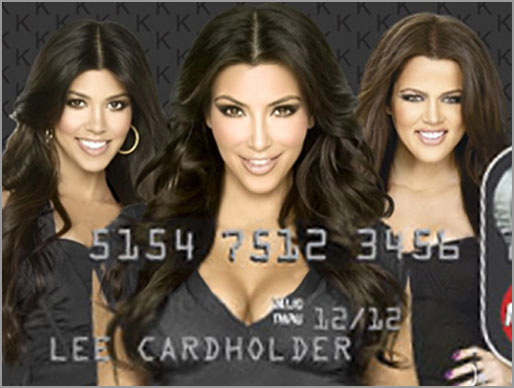 The Kardashian sisters may be a cash cow for E!, which owes the most-watched broadcast in its history to the coiffed ensemble, but as the face of prepaid credit they fall a bit short.

Khloe, Kourtney, and Kim are reality TV famous as the daughters of the late Bob Kardashian, one of O.J.’s lawyers, their general imperviousness to shame, and some really amazing hair. Last year, the sisters hoped to monetize the fascination with their romantic misadventures, raunchy dinner parties and routine bickering via the Kardashian Kard, a credit card embossed with the trio’s photo. The “kard” was launched November 9.

Three weeks later, of the 4.7 million viewers who tuned in on August 22 to catch the fifth-season debut of Keeping Up With the Kardashians, only 250 had bought the card.

The ladies may well have waited to see what the holiday shopping season would bring, but on Black Friday, Connecticut Attorney General Richard Blumenthal sent a cranky postprandial letter to the bank behind the MasterCard-branded card, University National Bank. “I am deeply disturbed by this card’s high fees combined with its appeal to financially unsophisticated young adults,” he wrote, characterizing the litany of small fees that added up to some $100 a year as “egregious” and unethical if not illegal.

Not caring for the slant of this line of publicity, the Kardashians bailed, triggering a $75 million breach-of-contract suit. 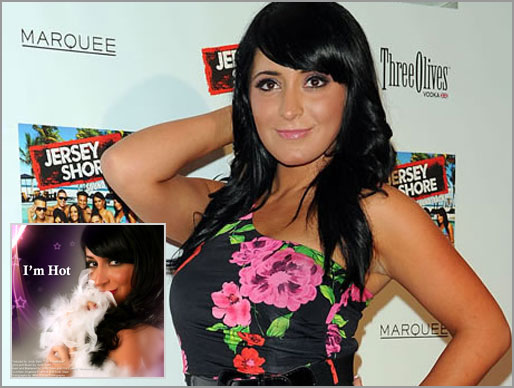 Far be it from an MTV reality show star to try to take a stab at a music career. Well, when it comes to one of the Jersey Shore lot, keeping a restraining order-distance away from any craft that requires an iota of talent should be a rule of thumb. At the very least, as a favor to humanity.

Angelina Pivarnick, the orange-skinned, short-fused former cast member from Staten Island, stormed out of the house and into the studio in order to use her vocal cords for a purpose other than shrieking: rapping. The result was a single called “I’m Hot” (without irony) including lyrics like “I take a shot. It hits the spot. Then dance a lot. Until I drop. I shop. And shop. I just can’t stop…” which had the universe begging for Angelina’s swift return to trash-talking.

No such luck. Undeterred by the song’s noted absence from the Billboard Hot 100 and getting universally panned by fans, including former housemate DJ Pauly D who called it “the worst song I’ve ever heard in my life,” Angelina says she’s poised to drop another bomb on us at month’s end. Her next highly unanticipated follow-up party anthem is called “Going Out Tonight,” and Angelina dubs it a “really good club song.” Let this serve as official warning to the world’s wine glasses, windows, and monocles.

A $400 million stairway to ruin, the Freestyle Music Park featured such headbanger-bait as Led Zeppelin – The Ride, a rollercoaster with fitted speakers for each passenger that belted out “Whole Lotta Love” while your mullet whipped through the air.

That ride, designed with the participation of Zep survivors Jimmy Page, Robert Plant, and John Paul Jones, was the signature attraction of the doomed rock ’n’ roll theme park built nearly three years ago, but it was just one of many bitchin’ classic rock-themed rides designed to thrill baby boomer rock fans. If the Zep was too heavy, you could check out the Eagles-inspired Life In The Fast Lane coaster, for a smoother, country-tinged ride, or drop the kids off at Banana Splitsville and take in Night In White Satin: The Trip, a druggy, Moody Blues-based 3D experience.

The Myrtle Beach attraction, built by private investors and initially branded as the Hard Rock Park as part of a licensing deal with Hard Rock International, received upbeat reviews from the press — one British reporter enthused about “theme-park rides based on sex and drugs and rock’n’roll. You don’t get that at Disney” — but it opened in April of 2008, at precisely the wrong time for such fripperies, and failed to impress Myrtle Beach locals and tourists. As the economy plummeted, few were interested in shelling out the $50 entrance fee, and the park quickly spiraled into debt, closing in Chapter 11 bankruptcy by September, 2008. New investors, including some off-shore Russians, quickly picked up the $400-million investment up for a mere $25 million, re-branding the park in an attempt to make it more family-friendly. But it was not to be. The 2009 season was another bust, lawsuits from unpaid creditors began to pour in, and the park was foreclosed in August 2010. “It’s probably the largest catastrophe in our industry” Dennis Speigel, a theme park consultant, told the local paper, and today, the rides sit quietly rusting in the South Carolina air.

SEE ALSO:
The Best Small Business Printers: How to Choose? 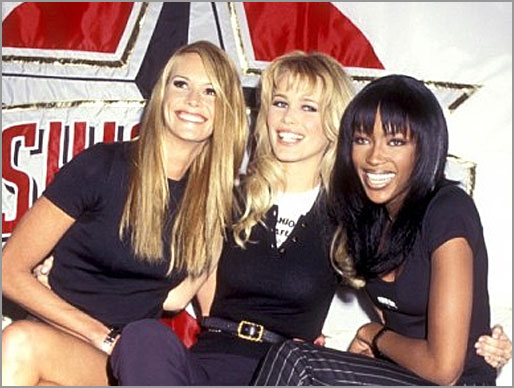 Even on paper, the Fashion Cafe didn’t work. It was “owned” by people who, if they ate at all, certainly didn’t eat at knockoffs of the Hard Rock Cafe.

Supermodels Naomi Campbell, Elle MacPherson, and Claudia Schiffer — and later a grudging Christy Turlington — fronted the dining chain started by Tommaso Buti and several silent partners in 1995. Buti’s bona fides for running a New York City eatery included being European and being married to a model. Still, he managed to raise $30 million on the strength of his charm and access to beautiful women.

The food at any theme restaurant is at best unmemorable, and Buti seemed to be banking on public amnesia. Ruth Reichl, in 1995 the New York Times’ most formidable food critic, was so bemused by her surroundings that she forgot to review the food. Her meal was “surprisingly decent,” she noted without elaborating, distracted as she was by the gender politics, the kitschy props, and “so many skinny people in form-fitting clothes that my appetite disappeared.”

People don’t have to eat for a restaurant to succeed; they just have to show up and gawk and buy. And for a while, non-New Yorkers did. The chain hobbled along for three years while Buti leveraged it a reported 400% in expanding to other cities, diverted funds to his personal accounts, and made plaintiffs of his outside business partners. Years after shuttering the business, Buti paid $350,000 to the Fashion Cafe to settle $15 million in partner lawsuits. The owners of Cipriani, a successful New York restaurant group, made some noise about reopening The Fashion Cafe in Grand Central Terminal. They opened two more Ciprianis instead. 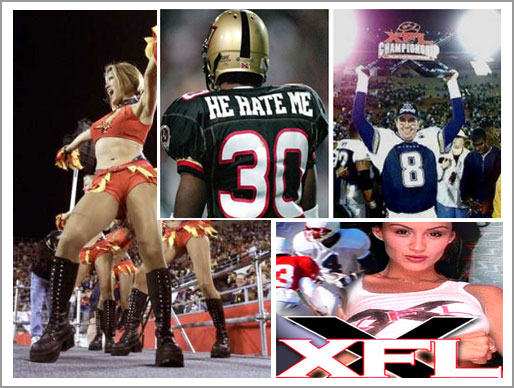 “Player substitutions. Rotating zones. The game is becoming so sophisticated. How about this: Kill the guy with the ball?”

So went one of the memorable, in-your-face TV pitches for the XFL, a short-lived breed of football that survived only a single season in 2001. Lauded as football for hardest of hardcore fans, the XFL was the brainchild of Vince McMahon, then head of the World Wrestling Foundation. His goal was to put brutality and recklessness back into football, as if the game needed more violence. McMahon’s brand of the bloodsport promised more attitude and sleazier cheerleaders, even fireworks. NBC Sports joined McMahon in the bid, becoming a 50% partner in his “smash mouth football” venture.

But three weeks after its first spring season ended, the XFL folded. Ratings did not live up to the hype, and wrestlers like the Rock and the Undertaker, whom McMahon had trotted out to help sell the league, did not appeal to the larger, more refined football crowd.

Had the experiment worked, the WWF and NBC Sports would have pumped a combined $100 million into a spring-winter 2002 season. Instead each partner’s after-tax losses were estimated at $35 million, an expert source told the New York Times.

Sounds like a bump and run for the history books.

See the rest of these stunningly lowbrow ideas here.