Since the dawn of mass media, newspapers, radio and television have all been used to inform and educate the public. They have also been used to whip mobs into a frenzy, control the world of politics and consolidate their owners’ power. These media moguls all straddled the line between entertainment and politics, preaching to the public and wielding an immense influence over lawmakers and politicians. 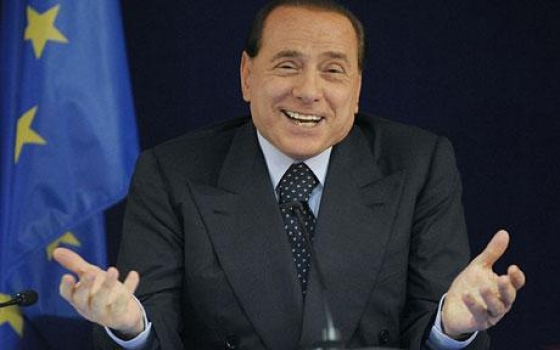 Silvio Berlusconi has cut out the middle-man between politics and the media by serving as Prime Minister of Italy while holding the majority of shares in Italy’s largest free-to-air private TV company — as well as owning the country’s largest publisher, largest advertising company and one of its most successful soccer teams, AC Milan. And he’s kept things in the family – his wife and brother each part own a nationwide daily newspaper. Often accused of using his media powers to deflect criticism, Berlusconi still manages to be mired in controversy and allegations of improper conduct – he has faced numerous accusations of corruption and bribery as well as a series of sexual scandals, culminating in claims that he paid a 17-year-old for sex.

As founder of CNN, Ted Turner established the world’s first 24-hour cable news channel, which made history by covering the Challenger shuttle disaster and the Gulf War. He sourced programming for his cable super-station WTCG by developing a successful wrestling league (WCW), establishing the Goodwill Games and buying sport-teams such as the Atlanta Braves outright. He was once the largest private landowner in the US and has become well-known as a philanthropist, donating $1 billion to support UN causes and taking vocal stands on issues such as climate change, war and off-shore drilling. Meanwhile, as part of a long-running grudge with Rupert Murdoch he has repeatedly invited the News Corp tycoon to fistfights. To cap it all off, he created Captain Planet.

William Randolph Hearst’s empire began with his father’s paper, The San Francisco Examiner and stretched to include 30 newspapers at its peak; after expanding to magazines he created the largest magazine and newspaper business in the entire world. He dabbled in politics and was twice elected as a US Congressman, but his real influence was through his media empire. Indeed, the circulation war between Hearst and Pulitzer was instrumental in pushing the United States into the Spanish-American war on the back of sensational coverage of revolution in Cuba. The inventor of “yellow journalism” also inspired Citizen Kane, one of the most acclaimed films ever made.

While serving as the UK’s Minister of Information during the First World War, Max Aitken added to his chain of newspapers by gaining control of the Daily Express. After the war he made the Express the largest selling paper in the world, developing a feared reputation as a man who could make or break any career. During the Second World War he served as a Minister and was a close friend and confidante of Prime Minister Winston Churchill. 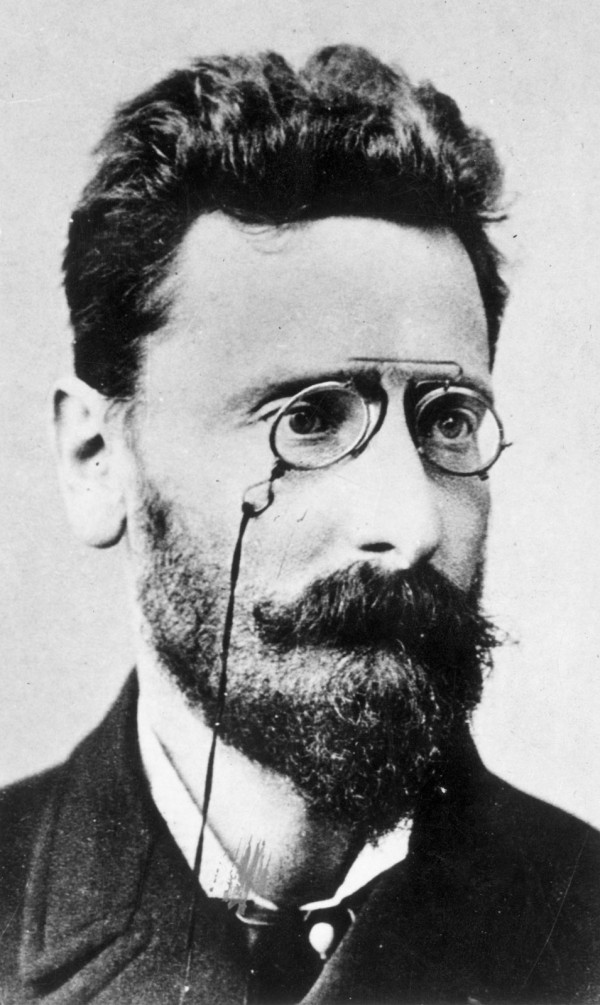 In the late 1870s Joseph Pulitzer bought the St Louis Post and the St Louis Dispatch merging them to form the St Louis Post Dispatch and the New York World. In the 1880s he expanded his holdings to include the New York World. He was an unceasing crusader against corruption and big business, exposing government scandals and was even indicted for libeling Theodore Roosevelt over allegations of payments to the French Panama Canal Company. Originally a Republican, he switched his allegiance to the Democratic Party, serving as a congressman for a time before leaving to concentrate on his newspapers. As well as leaving a grant for the creation of Columbia’s School of Journalism, Pulitzer is best remembered for founding the Pulitzer Prize, which bears his name, recognizing achievement in journalism. James Gordon Bennet was anything but a quitter, trying to launch newspapers for years before hitting gold with the New York Herald in 1835, which he made the highest selling newspaper in America by 1866. He pioneered various staples of the genre, including the first newspaper interview, cash up-front payments from advertisers and the first exclusive from a sitting President. Bennet endorsed several presidential candidates including James Buchanan. Backing the Union in the Civil War, Bennet’s influence was central to the perception of Lincoln as a martyr after his assassination. 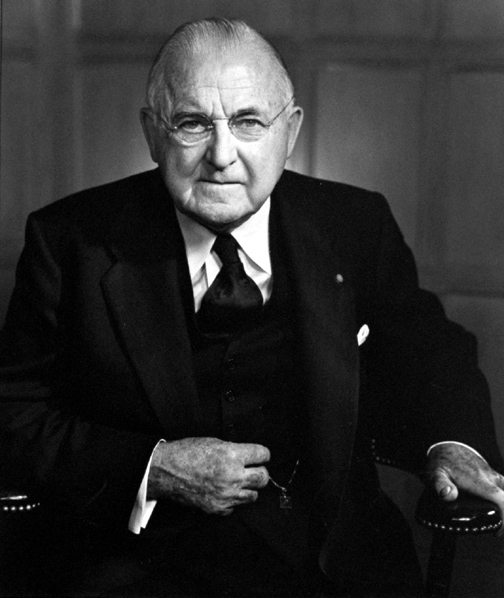 Frank Ernest Gannett started his media empire at the age of 30, when he purchased the Elmira Gazette in 1906. Over the next few years he expanded his holdings to include the Ithaca Journal, and various smaller papers that he combined, forming the Times-Union. By 1923 he had grown this small duchy into a nationwide multimedia empire. While initially neutral regarding FDR’s New Deal, he opposed the court-packing scheme and became a founding member of the National Committee to Uphold Constitutional Government, profoundly supporting the opposition. He was long active in state politics and unsuccessfully contested the Republican nomination for President in 1939. Today the Gannet Company has the largest total daily circulation of any US newspaper organization. 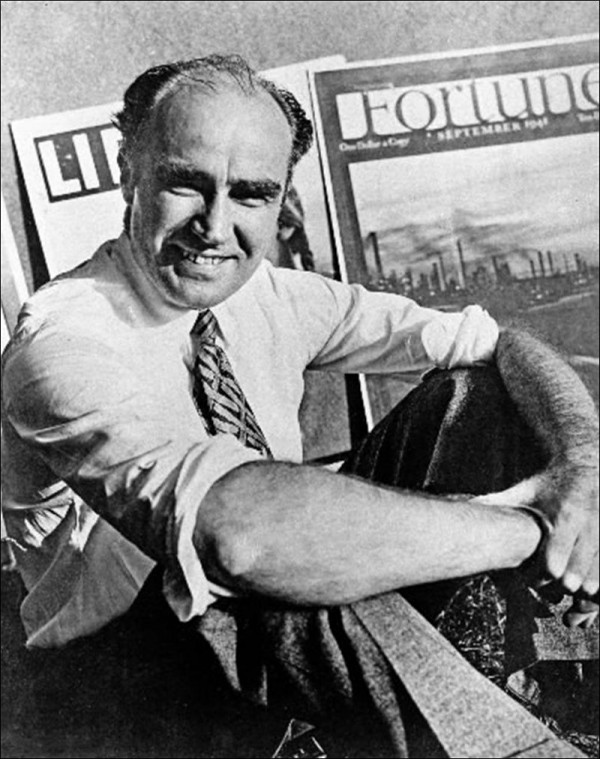 Have you heard of Time, Life, Fortune or Sports Illustrated? By launching a series of magazines that targeted upscale Americans, Henry Luce managed to profoundly alter both journalism and the nation’s reading habits. Time informed on news, Life dominated visual perceptions in the pre-television era, Sports Illustrated opened up the strategies of key sportsmen and Fortune introduced new economic theories and practices. Quite simply, without Luce there would be no Time Man of the Year. And that is entirely apart from Luce’s properties in the worlds of radio and newsreels. As a lifelong Republican he was strongly anti-communist, using Time to support right-wing dictatorships and anti-communist groups – notably, China’s Nationalist leader Chiang Kai-shek graced the cover of Time on a number of separate occasions between 1927 and 1955. Luce’s 1941 Life article “The American Century” is credited with helping to shape US foreign policy of the 20th century. 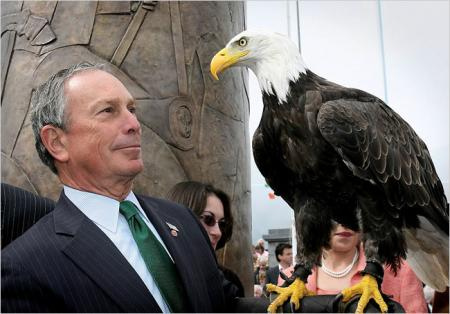 Mayor of New York and 13th richest individual in the US, Michael Bloomberg owns 88% of media company Bloomberg L.P., and is worth an estimated $18.1 billion. The self-named company offers financial information services and financial news via its magazines, television network and radio station. While originally seen as a life-long Democrat he switched to the Republicans for his 2002 mayoral race before divesting himself of party trappings and running as an independent in 2009. He has often been the subject of speculation about presidential ambitions — but has yet to run for that office.

Rupert Murdoch started with one Australian newspaper before turning his News Corporation company into an international multimedia empire, reaching from tabloids in the UK to 20th Century Fox studios in the US. He owns the Wall Street Journal, and has investments in film, TV and the web. In many ways Fox News drives American political discourse, while his UK tabloids have broken stories on politicians and celebrities alike, giving him a commanding role in the political world with the power to make or break governments. The 40th birthday party of his daughter, Elisabeth Murdoch, chairman and CEO of the Shine group, was attended by Tony Blair, David Cameron, then the leader of the UK opposition and a string of newspaper editors – as well as Bono and Bob Geldof. The company has recently hit the rocks following allegations that one of his tabloids, the News of the World, was involved in the phone-tapping of murder victims, politicians and 9/11 victims, had established corrupt relationships with dozens of police officers and had been engaged in a huge cover-up over the details. Forbes ranked him as the world’s 13th most powerful person in 2010, and he is thought to be the 117th richest individual in the world.