Every year, without fail, commonly recurring natural disasters, stormy weather conditions, changes in animal behavior, and even oddly shaped clouds in the sky prompt a new slew of lunatics to claim that end time is nigh. It’s almost as if — wait, it’s exactly the case that most of these people are biding their time, excitedly twiddling their thumbs in anticipation of the moment when Jesus defends from the sky to suck them up with a giant vacuum. That, or the prophet has ulterior motives, typically known as ‘brainwashing people’ and ‘creating distractions’. But forget logic; 2011 is the real beginning of the end! Here’s why.

Return of Christ is Scheduled for This Year 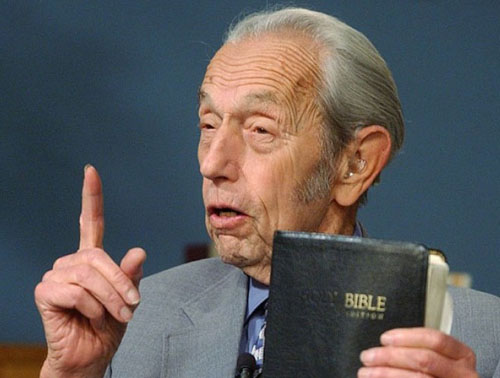 Christian scientists in North Carolina have carefully examined scientific documents written and autographed by God himself to decipher the exact date he shall ride a giant dinosaur from the sky and smash people into a giant lake of red goo. These highly qualified professionals were commanded to warn people by God himself, and have decided to do the world a favor by refraining from end of the world beer pong parties to try and save the rest of us unfortunate losers who God clearly likes a lot less. The date is May 21, 2011, so mark your calenda– oh, wait. It looks like that date already passed without incident. Shockingly, the leader of that prophetic movement keeled over and died after the stress of being wrong and paying for crappy, meaningless billboards across the country ate away at his soul. Or maybe God was angry his release date was misrepresented, had beef and murked the dude. 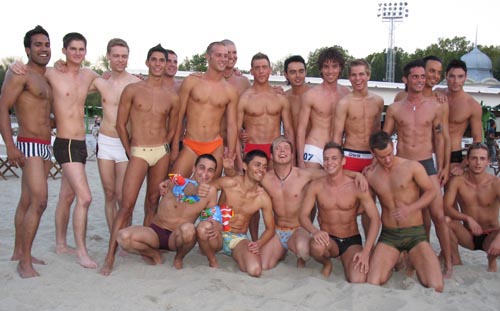 Earlier this year, birds began dying in flocks across America.  Arkansas saw thousands of blackbirds literally fall from the sky to their untimely and mysterious deaths. Then, thousands of fish died and washed up on the shore of the same state. State officials ruled out the dumping of toxic waste in the nearby waters, but still couldn’t find the cause of death. ‘Prophet’ Cindy Jacobs, however, was able to solve this mystery with her avid knowledge of plagues, afflictions, and self-proclaimed ability to ‘banish gay demons’.

“According to biblical principles, marriage is between a man and a woman, so we have to say ‘what happens when a nation makes a decision that’s against God’s principles?’. Well, often what happens is that nature itself will begin to talk to us –- for instance, violent storms, flooding.”

Not so coincidentally, the Don’t Ask Don’t Tell military rule was repealed only weeks before the animals began to die — a clear sign that God was getting fed up with America’s blasphemous progression toward treating homosexuals like real people instead of the sinning, mentally ill horde that they really are. Since gay marriage has just been legalized in NY and is fighting it’s way into legality in other states as well, we can only expect the earth to begin crumbling beneath our feet.

God Hates Other Stuff, Too 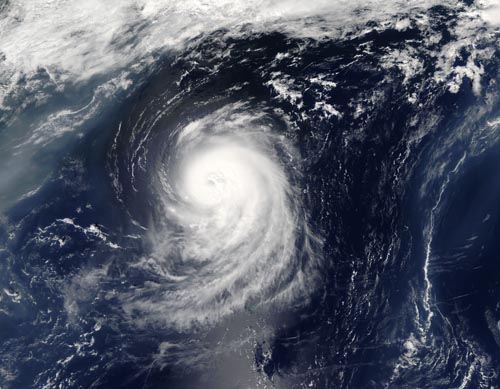 Homosexuals aren’t the only people feeling the wrath of the lord these days — it seems like God’s hatred knows no boundaries, and he punishes people (using the universal code language of natural disasters, of course) for any infraction, and that he actually takes quite a strong stance on certain political issues. What better way to communicate with politicians than throwing a giant temper tantrum from the sky? Michelle Bachman was ‘joking’ when she said that God had sent hurricane Irene to ‘wake up’ politicians. She followed up the comment with ‘are you going to start listening to me here?’, which can only mean that Bachman has some sort of BFF bond with God through which she communicates his telephone-game messages.

Michelle,
I got kinda mad, sent Irene and killed 46 people LOL oops! Hope that will help your campaign.
XO
God

It should be mentioned that pretty much every natural disaster that happens gets blamed on God’s wrath and the approaching apocalypse, so you better ‘get right’ because even New York’s minuscule earthquake was a grim sign.

Too Impatient to Wait for 2012 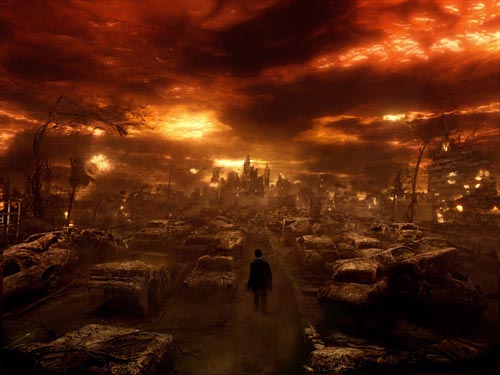 Fox News is reporting that the scheduled apocalypse in 2012 has been postponed due to human error interpreting the Mayan calendar, but everyone knows Fox news is a load of crap and can’t be taken seriously. This means that the apocalypse may definitely be coming in 2012 — or possibly even sooner. A book with big words and lots of facts about history also claims that interpretation of these calendars could be off by as much as 100 years, and with all the aforementioned natural disasters sent by our invisible friend floating in the sky, it could happen as soon as tomorrow. Prophets can sense impending doom, which totally explains why intuitive geniuses like Harold Camping and Wayne Bent have gone nuts trying to prepare for an apocalypse that seemed to be significantly late to the party — like animals before an earthquake, these upstanding citizens have felt the wrath coming and bought up billboard space to kindly warn the rest of us. 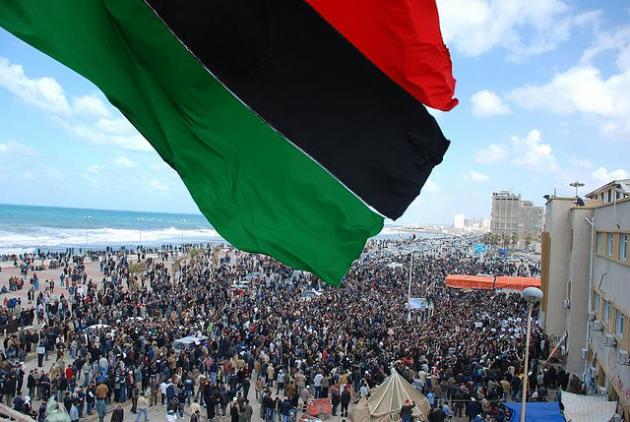 What better time for the world to end than when there are actually significant political and social changes happening in multiple countries across the world? Violent rioting in London fueled by angry, inner-city mobs who grew tired of feeling mistreated by police and government. A revolution in Libya. Even the recent protests in Canada. These are all issues which are completely unimportant and should be paid no heed because the apocalypse is coming. It’s much more important to frantically clean bottled water out of our supermarkets, spend hours praying (but only before happy hour and Fringe), and creating blogs about your job at the nursing ward or Those Cool Pictures You Found. Don’t look at the upheaval or major changes happening in other countries, and don’t have any thoughts about those events besides “dude check out this crazy video” and “oh…yeah, whatever.” 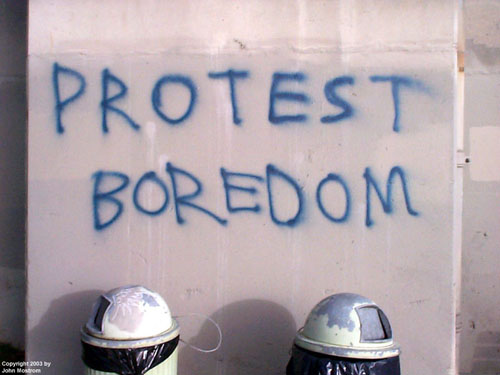 Everyone in America seems to become increasingly bored as the years go on, and what better way to wake everyone up than an apocalypse? Proof of this can be seen in our recent obsession with zombies, which is now stronger than ever even though zombie movies have been around for decades. That’s not the only sign, though — iPads, iPods, iPhones, Wii, Kinect, DirectTV — all of these screens which suck us in to provide stimulation and distraction are beginning to bore us as well. Despite the fact that there are a countless number of games, television shows, and apps to numb our brains with, it seems like it’s not enough. We still feel the need to get wasted at happy hour after escaping from the jail that is the office, spend our paychecks on ‘hot new gadgets’ and look towards these behemoth distraction specialists for the freshest way to be entertained for fifteen minutes or less. What better way to wake people up than with a good ole apocalypse?

It Would be Great for Business 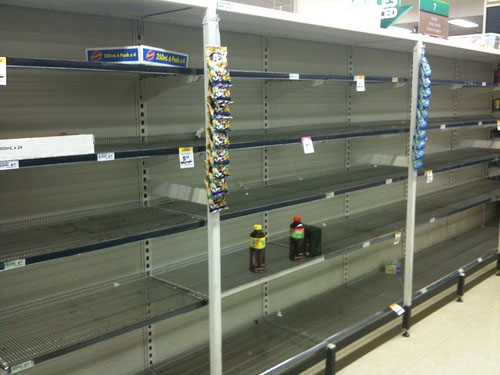 Seriously, the apocalypse would be great for business. Despite the fact that companies would cease to exist after the world begins to implode and demonic children spew from its cracks to skewer us all on pitchforks, companies would truly thrive in the short time span before the apocalypse came to fruition. Just look at the spending trends during hurricane Irene; as soon as evacuations were issued, supermarkets were almost immediately sold out of pretty much everything. Lines stretched forty to fifty people long, full of miserable individuals determined to get the last pack of Coca Cola or Coco Puffs. Hardware stores didn’t even have AA batteries. These types of businesses would thrive right before money ceased to exist at all.

Darwin Would Love it 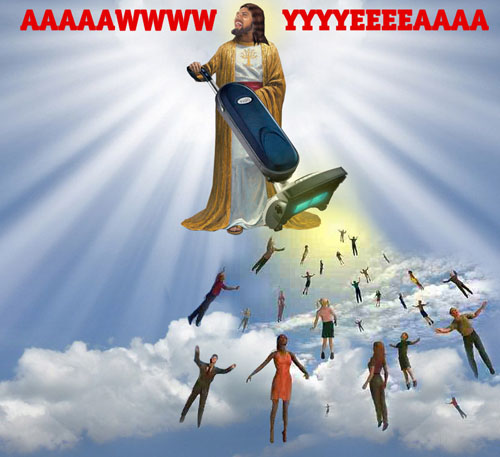 Everyone knows that Jesus’ awesome vacuum only sucks up repentant goody-two-shoes and will leave the rest of us suckers behind. It sounds unfair — getting left behind on a crappy, ravaged earth while the God fearing Christians get to live out eternity drinking cloud martinis in the sky with Terry Chiavo and Harold Camping. Realistically, it may be the best thing that we could ever hope to happen. Jesus’ vacuum, better known as the JVAC 2011, will remove most of the narrow-minded homophobes and evil right wing republicans. The rest of us evildoers who, ridiculously enough, care about meaningless crap like ‘humanity’ and ‘common decency’ will be left to fend for ourselves — and each other! Darwin would be rooting us on without a doubt. Society could truly reform without the hindering input of people whose opinions serve no purpose other than to thwart the functioning of a healthy, progressive society. 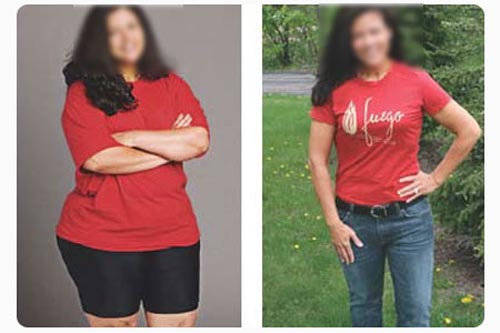 A pill to lose weight, a shake to lose weight. A special contraption that makes the fat ‘fall off’ (which is gross when you think about it literally). Everyone (who is not a complete moron) knows that diet gimmicks don’t work. There’s no easy trick to losing 20 pounds, and taking pills aren’t going to do much besides make the user wired and slightly maniacal. If a person does lose weight with the use of diet supplements, the drug is usually pretty harmful — or the weight is regained once the drug is no longer in use. The only way to truly lose weight is by adopting a healthy and fit lifestyle. The apocalypse would be the best weight loss trick of all, because it would force people to live better or just freaking die. Fend for yourself on the burning streets, hunting stray cats and small children, or die. Leave the house (unless you have years of canned food stocked up, which plenty of people do) becomes imperative, as does exercise. It’s no secret that many Americans are grossly obese and also addicted to horrible poisons like McDonalds, which would probably be around after the apocalypse anyway considering that their food has no half life.

The Truth is Out There

Every wanted to know what really happened to World Trade Center Building 7? Or what really went down in Area 51? Once the government has collapsed beneath the pressure of JVAC 2011, all these answers will (probably) become readily available to you! Between ex government employees who no longer have a need to keep America’s secrets, and unguarded top-secret papers, the possibilities for discovering answers are endless. Most of them will probably burn to the ground and plenty of officials with important information will most likely die, but we can always look to both the survivors and the crazy homeless people who have decided to take on the role of ex FBI agent and weave a marvelous story for us to write down into our notepads (no iPads allowed in the apocalypse). We can then pass theses notes down to the next generation, who will alter the words and pass the stories down to the generation after them, who will add the word ‘God’ and a bunch of arbitrary rules that they’ll use for mind control and world domination.