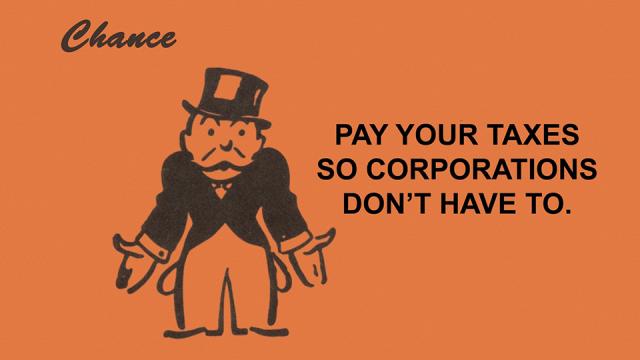 Large US corporations are using tax loopholes and offshore practices to pay 0% tax rates. One-fifth (20%) of large US companies that reported a profit on their financial statements in 2012 paid nothing in taxes.

Senator Bernie Sanders recently asked the Government Accountability Office to conduct the survey in order to find companies that are dodging US taxes.

Some companies recorded losses in previous years which they carried forward. Others may have also written off more for depreciating assets that they are allowed to claim on their current year financial statements.

“There is something profoundly wrong in America when one out of five profitable corporations pay nothing in federal income taxes,” Sanders said.

“We need real tax reform to ensure that the most profitable corporations in America pay their fair share in taxes. That means closing corporate tax loopholes to raise the revenue necessary to rebuild America and create millions of jobs,” the Senator added.

23% of large corporations didn’t report a profit in 2012, the GAO estimated.

However, 58% of large corporations did pay corporate income taxes in 2012 and they paid about $268 billion.

The study found that from 2008 through 2012, large profitable companies paid 14% of their pretax income in US corporate income taxes on average, or 22% once foreign, state and local taxes are included.

The top corporate income tax rate in the United States is 35%.

The report arrived just as the US Treasury Department introduced a third set of guidelines intended to end corporate tax avoidance in the United States.