2010 is a promising year for products in general. Eco-innovations will help conserve energy, while futuristic concepts like commercial space travel and console-free gaming will finally come to fruition.

We reviewed pages of 2010 products to bring you the most functional, promising, and novel of the batch. If you’re tired of waiting for flying cars and voice-controlled sunglasses, this just might be your year. 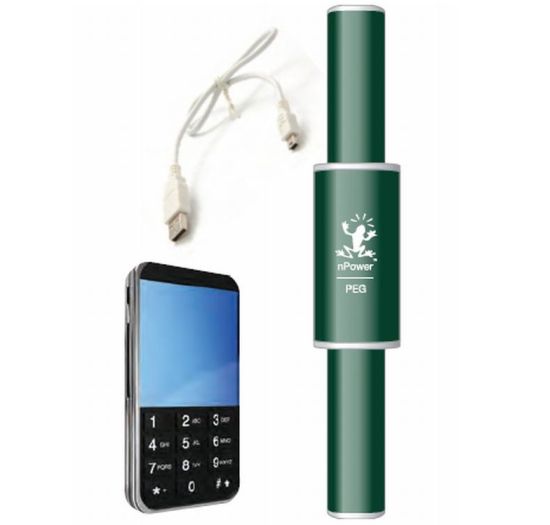 The PEG harvests one of the biggest energy hogs on earth–you. Place the little device into your bag or briefcase, plug in your cell phone, GPS, or iPod, and let your kinetic energy power up your gadgets while you walk. You can get an 80% charge in one hour through your own energy alone. Green and brilliant. 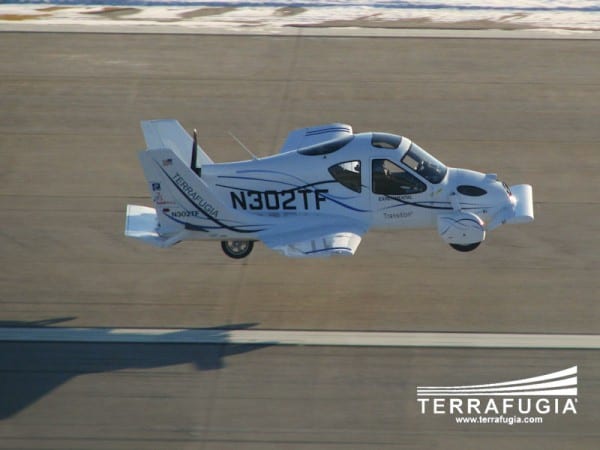 Even though we’re well into the 2000s, nobody has come up with a Jetsons-style flying car. Until now. The Terrafugia Transition is more of a driving plane than a flying car, but it’s a promising first step. The world’s first street legal plane hits runways and highways in 2010. 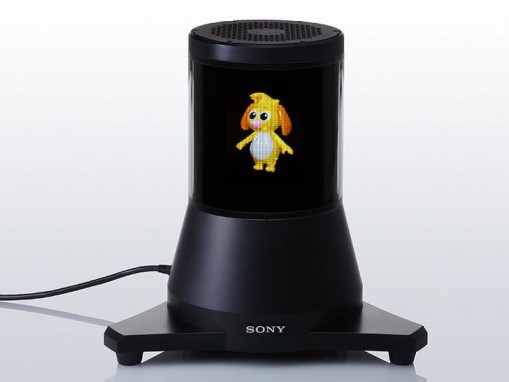 No glasses needed! Just turn on your tabletop unit and enjoy a 360-degree view of images and possibly video through this stereoscopic display. Sony isn’t yet sure what to use it for, but ads, video games, and medical visualizations are just a few ideas. 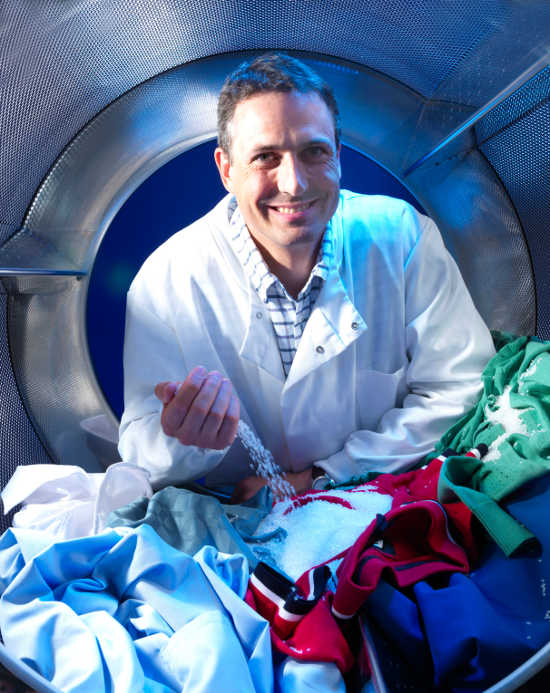 The waterless washing machine isn’t as sexy as some of the other gadgets arriving in 2010, but its conservation qualities should be applauded. It uses nylon beads and a spin cycle to clean your clothes, saving water while potentially reducing the need for dryers. 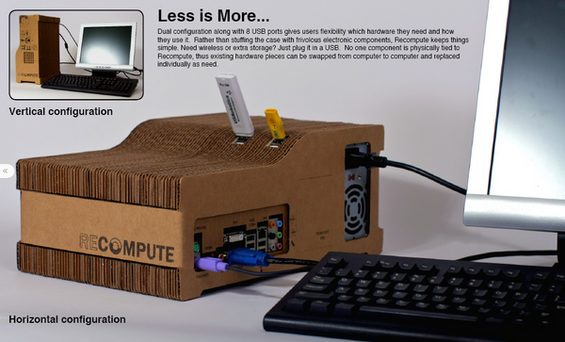 Cardboard is the new black. Legions of product made primarily of corrugated cardboard are hitting the market. This little beauty will benefit anyone who has ever broken that little sticker while changing out a sound card or adding memory to a CPU. 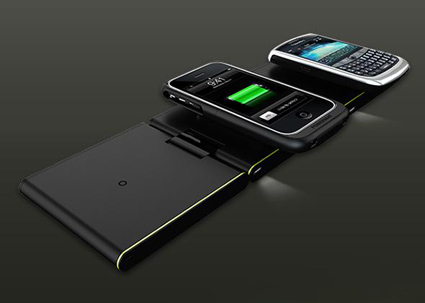 If you’re tired of carrying around one charger per electronic toy, you’re in luck. The Powermat lets you charge your iPhone, Blackberry, Nintendo DS, and most other gadgets on the same mat. One mat, one plug. 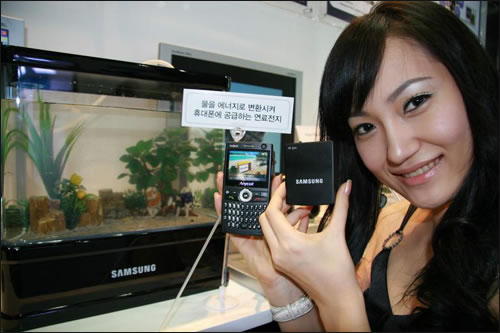 Sure, one mat, one plug is cool. But what if you didn’t have to plug in at all? Samsung is speeding past the AC plug, around the solar charger, and directly into the water faucet. Its new micro-fuel cell and genereator rpowers your cell phone through water alone. Jury’s still out on whether it will work long-term. 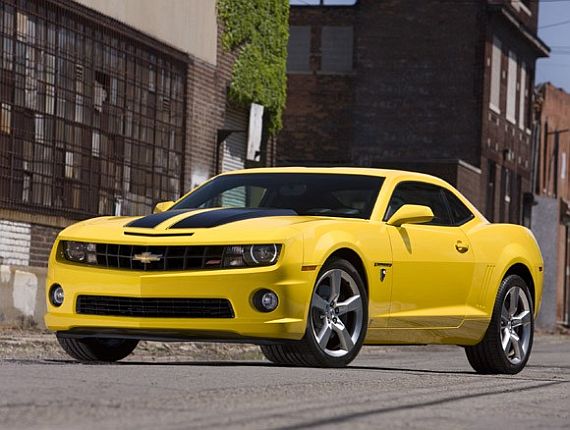 Love muscle cars? Have you seen Transformers more times than all your nieces and nephews?
Then this head-turner is for you. Note that the car does not actually transform, nor does it come with any multi-weaponry. 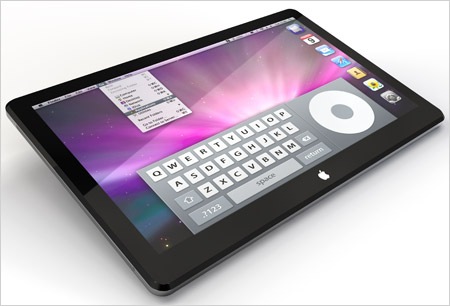 It has always been tough to determine what Apple will put out in the next year. But this time, the anecdotal evidence seems to add up. It’s safe to say you will see a touchscreen-based tablet Apple product that will both fight with Kindle for books and netbook manufacturers for small computing. 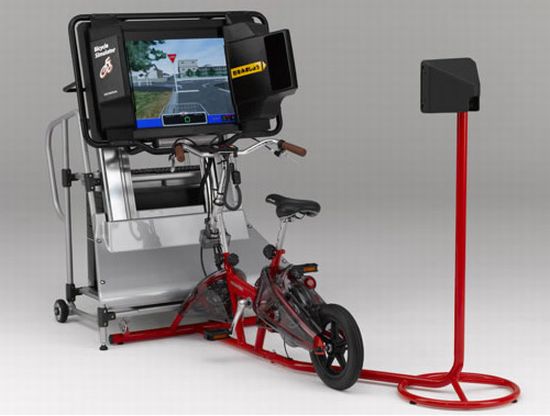 As part of a universal quest to replicate outdoor activities without actually going outside, Honda has unveiled a new kind of bicycle. It doesn’t actually go anywhere, but it does simulate real-life situations riders may face on the way to work or the store. Think of it as defensive driving for bicyclists. 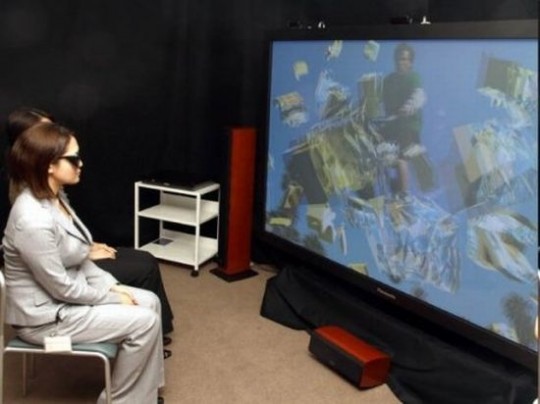 Have you noticed the slew of new movies coming out in 3D? This new kind of TV could be the reason. Once you spring for specialized glasses, a new Blu-ray player, and a bunch of 3-D DVDs, you’ll be ready for this TV. 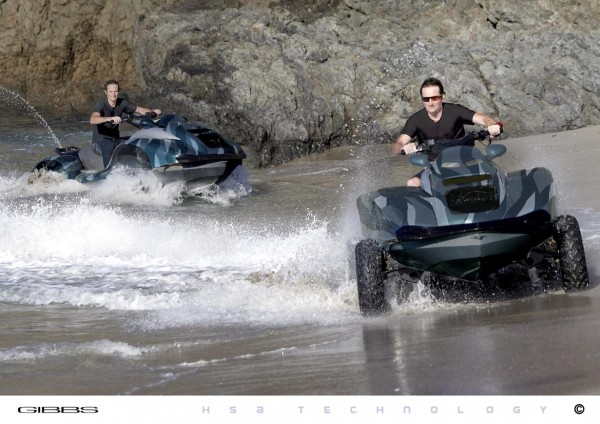 Here’s the scene. 007 is in the middle of an ATV chase, 4-wheelers spewing mud all around him as he speeds toward the sea. He looks like he’s done for. Then, suddenly, he plows into the ocean and hits a button. The wheels on his ATV fold as he speeds away, spraying water on the bad guys. This ATV/Jetski can be yours next year, in the form of the Quadski. Bad guys not included. 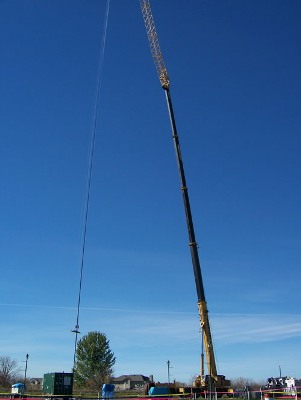 You can’t actually buy one of these, but you might be able to help build one and then own it. The Space Elevator, formerly the stuff of science fiction, will become reality in 2010, when building teams will compete for cash–and bragging rights–to actually get it done. 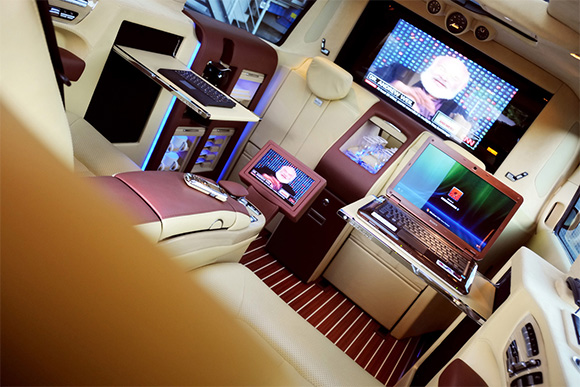 Tilt back in your leather lounge chair. Turn on the Sat TV. Load your Nespresso machine with the finest coffee beans in the world, then take a photo of it all with your iPhone. Load the photo and to your Twitpic from the on-board Sony Vaio laptop. Did I mention that you can do all this while cruising down the interstate at 80 mph? Classy.

Touted as a lightsaber for military doctors, the new plasma scalpel works by using ionized gas in a controlled light beam. This simultaneously slices and cauterizes a wound on the battlefield. Coming in 2010 to a war zone near you. Here’s to hoping you never see one! 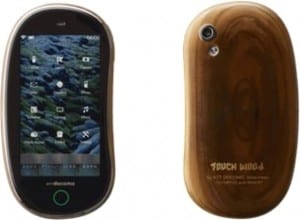 There’s only one thing cooler than corrugated cardboard in technology. Its name is wood. The Japanese are leading a trend called Mori Girl (Forest girl), which aims to limit the use of plastic by using sustainable wood instead. 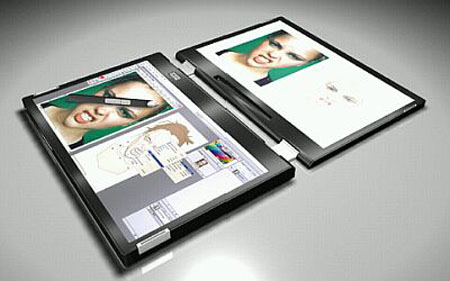 Canova 2.0 is working with an undisclosed US manufacturer to change the screen game. The new dual-LCD screen laptop could take the form of big iPhone-style touchscreens or, if they’re working with a different company (they won’t say who it is), simply one of the neatest laptops ever to hit markets. 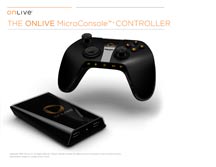 OnLive is simple: Play the hottest video games from your TV, PC or Mac over a broadband connection. No console, no discs. Some very smart people are predicting that OnLive might be the “console killer.” That may be stretching it, but the technology seen at E3 is hard to argue with. 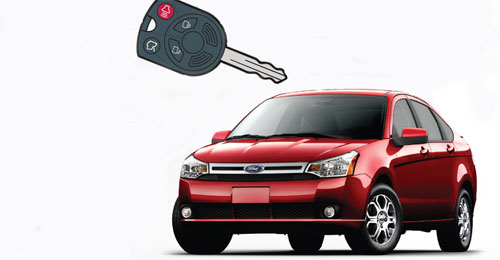 Teens have a propensity for unsafe driving. That’s hardly news, but what parents can now do to encourage safe driving is. The MyKey can be set to control the vehicle by limiting speed, chiming when the gas tank is 75 miles from empty, and limiting the car’s audio by as much as 44%. Kids will hate it. That’s probably why it’s such a good thing. 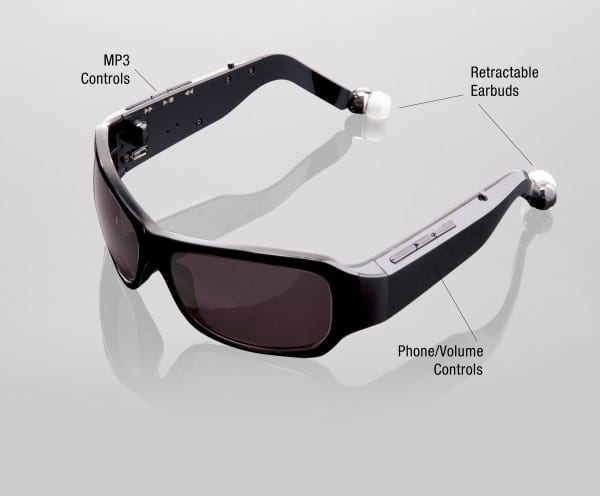 You have your phone, your iPod, your headphones, and your wi-fi headset, in case you get a call. You have your sunglasses. You’re ready to go–or are you? What if you could pull on your shades and have all of the above, in one cool package? Enter Tri-Specs. They come built-in Bluetooth wireless headphones for an MP3 Player or cell phone, retractable earbuds, built-in volume control, and even voice control. For $200, you can be the coolest kid on the block. 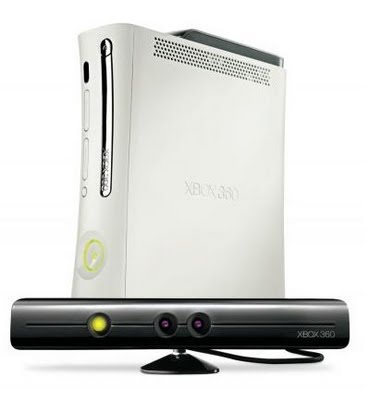 Now that Microsoft did the wireless controller right, they’re throwing it out the virtual Window in favor of Project Natal. Rumored to be coming at one of next year’s conferences, PN will have no controller or wires connecting you with the screen. We’ll see if it works. 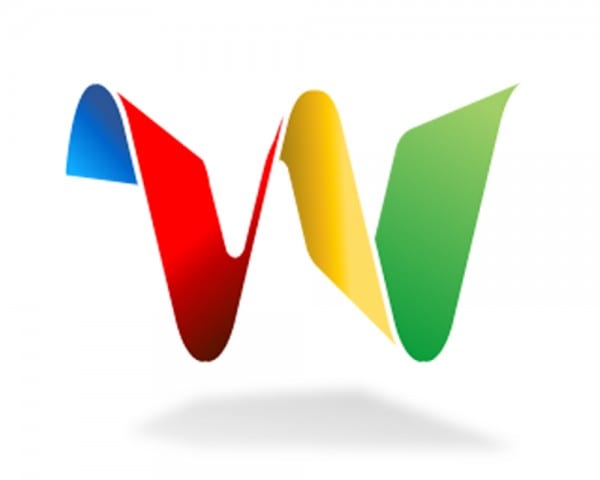 Google has a way of inventing things that people do not know they need until they understand the product. Its latest such creation is Google Wave. It’s not email. It’s not chat. Rather, a Wave is a document that acts like a conversation, live and changeable on the fly. Rich media drives the experience. But you won’t really know how much you need it until Google actually gives it to you. 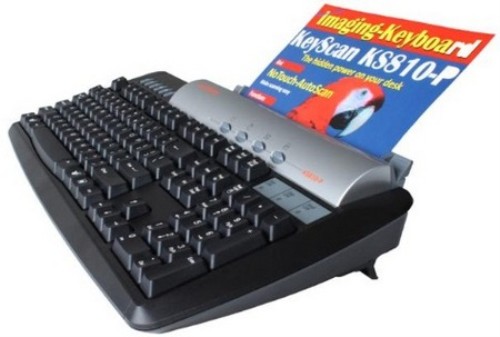 This keyboard with a fully-integrated scanner takes product hybridization one step further. The KS810 keyboard contains a full-color, 600dpi scanner that lets you drop scans into most online applications. If keyboard scanning isn’t your thing, product creator Lifeworks is also offering a keyboard with a built-in iPod dock. 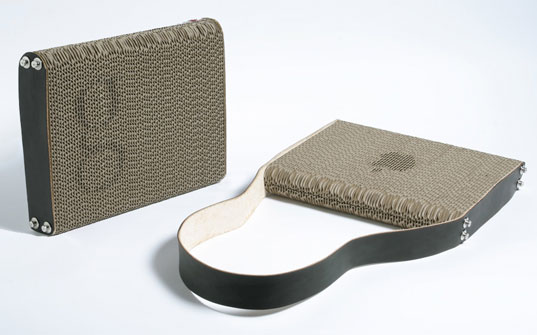 If you’re sick and tired of those cool-looking black leather laptop cases, rejoice! Giles Miller has designed a customizable cardboard box for that perfectly fits your little Netbook. You can even put your own logo on it. Take that, Targus. 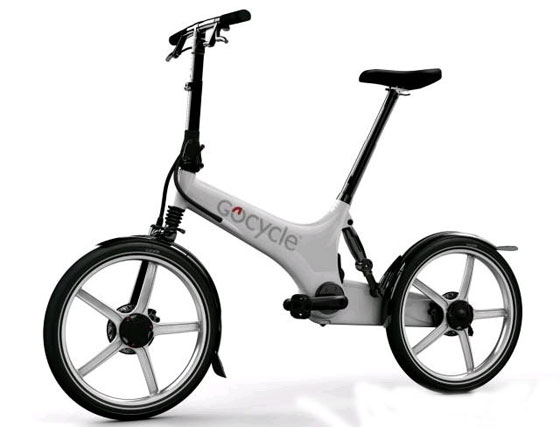 Coast in electric mode for up to 20 miles in this little sucker, then fold it up and take it with you. Of course, you might want to pedal every now and then, just to make it look like you’re making an effort.