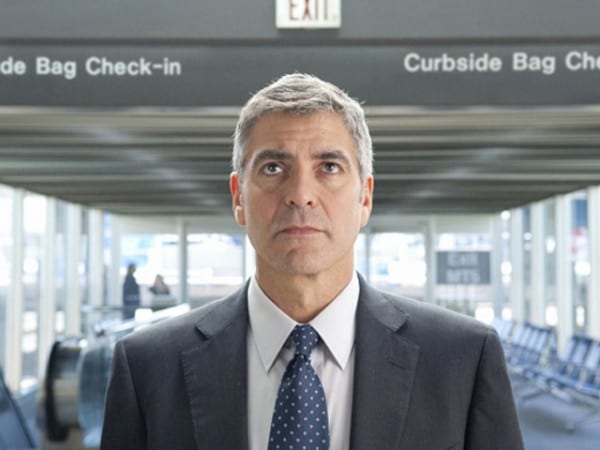 Jason Reitman’s Golden Globe-winning Up in the Air, a recent film starring George Clooney, is a lesson in what happens when you become your job. If you’re like Ryan Bingham (Clooney’s character), you end up a business vagabond, absorbed in the artificial status of frequent flier miles and hotel points, always skimming the surface of things.

Through Ryan’s story, Up in the Air shares wisdom for businesses and career-minded people–mostly by teaching you what to avoid. Here are five of the best business takeaways.

1. Listen to your customers. Early in the movie, Ryan and ambitious new employee Natalie Keener go to one downsized company together. Natalie, still in training, fires an employee who expresses suicidal ideations. When Natalie shares her reservations about the woman, Ryan tells her not to worry about it. Weeks later, Natalie finds out the woman killed herself. She is so upset she quits her job and leaves town.

Why wasn’t Ryan alarmed by the woman’s talk of harming herself? Because he was so used to firing employees that he stopped truly listening. If he had been more aware, less habituated, he might have been able to help the woman, or at least direct her to someone who could. Instead, he didn’t take her seriously. As a result, he was unable to help prevent her death.

The lesson here? Even if you deal with thousands of customers, you’ll best serve them if you make listening part of your personal or company DNA.

2. Have a Plan B. Up in the Air is full of characters who lack backup plans. Ryan Bingham, for example, bases his entire value system into his job. To Ryan, flying and travel represent freedom. Frequent flyer miles and hotel points make him feel valued. His status at work makes him feel competent. He has his basic human needs met through his unattached working lifestyle.

But what happens when his boss stops him from traveling, thanks to new technology that lets him fire people remotely? He faces an empty apartment and an empty life.

What happens when Ryan goes out on a limb and tries, for once, to show serious interest in a woman he met on the road? He fails. Then he defaults back to his old shallow system.

If Ryan was to be fired, his entire world would collapse. He never considered life outside of the travel circuit. He avoided cultivating anything but travel points. If he loses his job, he loses his outlook, his belief system, his life. The lesson? Don’t let your business or career be like this. Have a fall-back plan or two.

3. You can’t digitize everything. In today’s information age, we try to make everything digital. That includes social interactions, customer service, interviews, and other functions that used to occur face-to-face. But certain impactful communications, like firing people, can’t effectively be done from a distance.

That’s what Craig Gregory, Ryan Bingham’s boss, finds out the hard way. Gregory hires Natalie Keener, a young business school grad, to revamp the company’s system of hiring and firing people. Instead of doing it face-to-face, Natalie implements a remote system. The person getting fired is informed of her fate by a face on a screen.

After Natalie quits, Gregory (Jason Bateman) throws in the towel on her method of firing people. Gregory wanted to change his traditional business model to cut company costs. He realized afterward that his company actually worked better the old way. Going digital isn’t the answer to everything, after all.

4. Don’t expect security. When Gregory implements remote firing, Ryan, one of the company’s best employees, is grounded in Omaha. Ryan, a star performer, thought his position was secure. If this movie and this economy prove anything, however, it’s that security is a thing of the past. Not even stellar performance can guarantee it for you.

5. Make your values proactive. Ryan’s mission and values involved avoiding stuff and commitment. He dreaded being weighed down, so he avoided anything that made him feel that way.

Values based on avoidance won’t get you very far. Such values force you to depend on external conditions for your success. For example, if Ryan were to lose his job, he would have to find another situation that enabled him to avoid a sense of being weighted down.

If, on the other hand, Ryan’s strategy were based on proactive values, he could stay true to his beliefs while being flexible about external situations. If, for example, his values were based around fostering an internal sense of freedom, he could live or move anywhere. It wouldn’t make a difference. He could be grounded in Omaha, forced to stay in one place, but find freedom in pockets of the city.

It’s a mental outlook. Ryan’s was limiting him. Don’t let your business operate on the same premise of avoidance. Be proactive.