Super Bowl XLIV is right around the corner. It takes guts, speed, and coordination for a team to make it to the Super Bowl. Paying your star players a king’s ransom doesn’t hurt, either.

Indeed, most top NFL players rack up a ridiculous annual income. Who are this season’s players with the mostest? We took salary and endorsement data* to determine who the richest players are for this season. (Note: This list contains more Colts than Saints. You determine the meaning of that.) 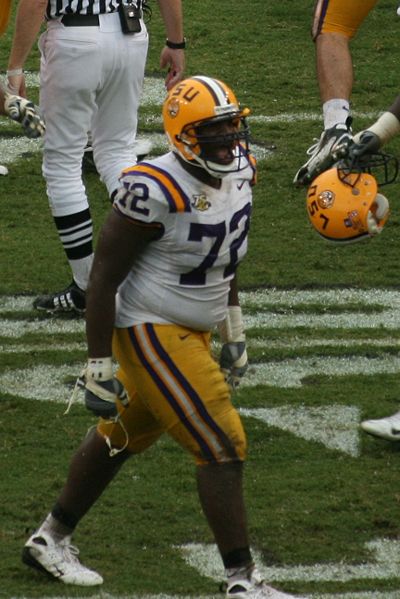 The Kansas City Chiefs defensive tackle, like many players in his position, is a big guy. But Dorsey takes it a step further. The LSU college football legend, drafted by the Chiefs in 2008, had to have his legs straightened by braces as a kid, Forrest Gump-style. By the 7th grade, he weighed 200 pounds, ran like a pro, and kicked other kids around. By the time college came around, Dorsey steamrolled. He played most of one season with a fractured left leg, but still racked up 62 tackles and three sacks. When his teammate played a prank on him, he almost threw the guy out the window.

Glenn Dorsey don’t mess around. Neither does his salary. 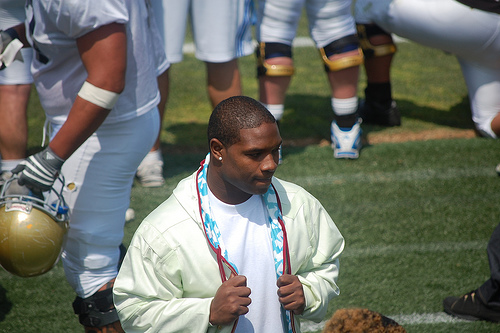 Size isn’t everything. Just ask the NFL’s “littlest big man,” Maurice Jones-Drew. At 5’7”, the Jacksonville Jaguars running back doesn’t exactly tower over anyone else on the field. But he out-skills many of them. Last year, he ran 177 yards on eight carries with two touchdown runs. One was 80 yards, one was 79. The move helped make the “NFL’s most versatile player,” as well as a 2010 Pro Bowl player.

Think he’s the next Barry Sanders? Ask his salary. 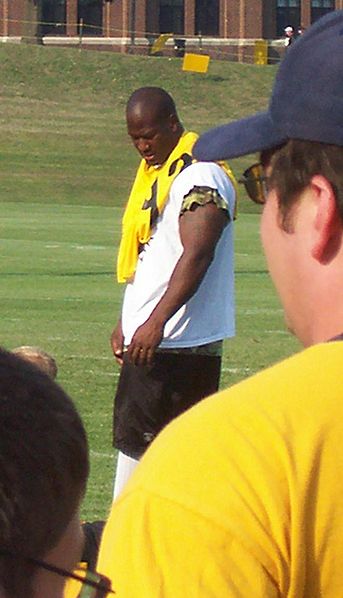 Steelers linebacker James “Silverback” Harrison doesn’t like endorsements. When asked about them, he said he’d just have to “sit there and talk to people.” Maybe it’s just as well for the two-time Superbowl winner, who has avoided team meetings with both President Obama and G.W. Bush, has gone to anger management class, and broken down a door to slap his girlfriend. But hey, it’s not social skills that lands you a $52 million contract. It’s football skills. 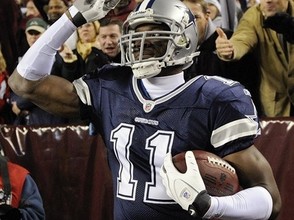 When the Dallas Cowboys wide receiver joined the team in 2008, he expressed concern for the Cowboys’ offense. Maybe the coaches listened, because a year later, the Cowboys also had a winning 2009 season. The team was a strong contender strong for Super Bowl XLIV (2010) until Brett Favre and the Vikings defense shut them down.

Maybe it’s not only an offense problem, after all. At least the team didn’t offend Williams with a low salary. 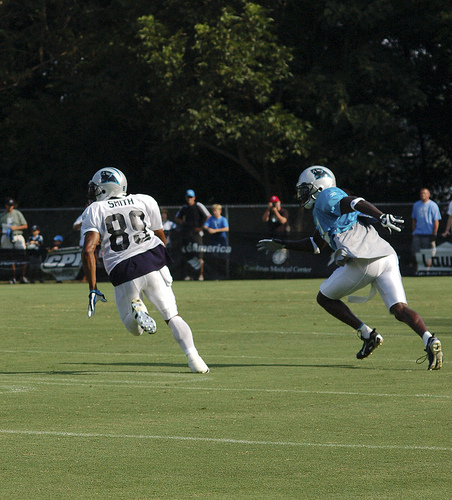 In 2008, the Carolina Panthers cornerback signed a contract extension worth $53 million. Maybe that’s what emboldened him to talk smack about Patriots wide receiver Randy Moss. After Moss’s subpar performance in a Patriots vs. Panthers game, Gamble said that the Panthers “knew (Moss) was going to shut it down. That’s what we wanted to do him. That’s what we did. … He’d just give up a lot … Slow down, he’s not going deep, not trying to run a route. You can tell, his body language.”

Golden Boy Tom Brady, Moss’s close friend, responded with “everyone takes kind of liberty to say what they want to say in a situation like yesterday. I’ve seen plenty of plays made on Chris Gamble, too, over the course of the season.” Back atcha, Chris. 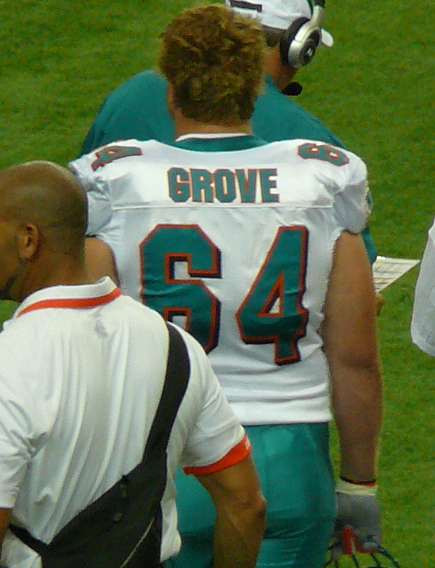 Grove was drafted to the Raiders in 2004, then joined the Miami Dolphins in 2009. Despite enticing pay, the center was out for much of the season due to an ankle injury. Would his on-field presence have helped the Dolphins, who came into the season as AFC East champs, but now can’t participate in another Miami Super Bowl? Unlikely.

The Dolphins offensive tackle has been shoring up the line since 2004. He helped Dolphins win the 2008 AFC East title, the first after a number of bad seasons. Since then, well…maybe the Dolphins should cough up for another Dan Marino. 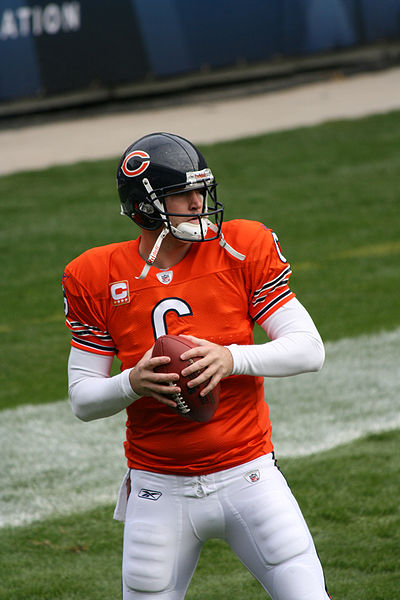 Jay Cutler started off with a bang in 2006. Right after being drafted by the Broncos, the QB became a starter and threw two touchdowns in four of his first-ever NFL games. He was set to be the next Peyton Manning—until Broncos Coach Mike Shanahan was fired at the end of 2008.

Cutler was upset. A couple of months later, when Cutler got over his emotions, he found out that new coach Josh McDaniels wanted to trade him. Like a thwarted lover, Cutler felt betrayed again, so deeply that he pushed the Broncs to trade him out. In March 2009, the Chicago Bears inherited the disgruntled Cutler.

Cutler, meanwhile, has sealed his reputation as a prima donna. But hey, the pay isn’t bad, right? 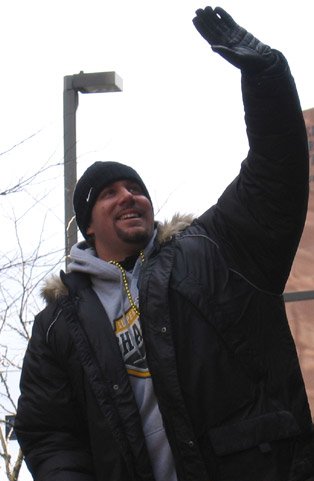 “Big Ben” Roethlisberger made history by winning the Super Bowl in his second season in the NFL, when he was only 23. That made him the youngest quarterback ever to win an NFL Super Bowl. He’s stayed a loyal Steeler since, with a playing style akin to legendary Broncos QB John Elway. If you just can’t get enough of Big Ben, you can take him home, in the form of Big Ben’s BBQ sauce, Big Ben’s XL Beef Jerky, or by wolfing down a “roethlisburger” sandwich at the burger joints in Pittsburgh and Ohio. 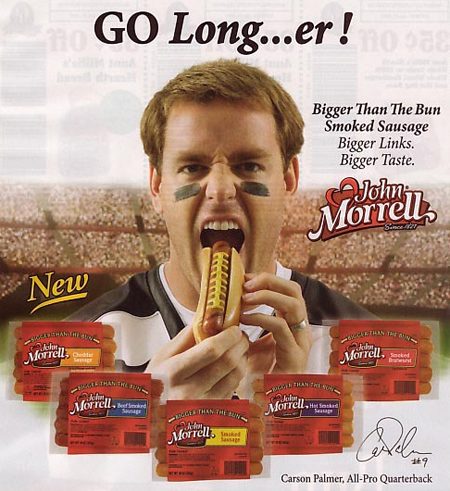 Before hot dogs, before The Replacements, there were the Cincinnati Bungles. A year after QB Carson Palmer joined them, he helped dig them out what looked to be a permanent rut. In 2005, the Bengals had their first winning season in 15 years. After that…let’s not talk about it. 2005 was good, real good, ok? 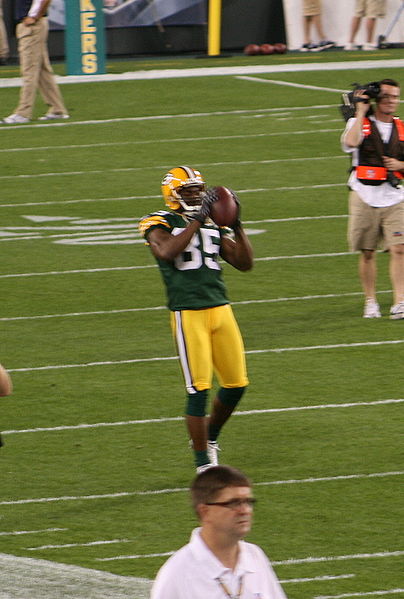 The Packers wide receiver made for a deadly combination with former Packers QB Brett Favre, helping the team win a number of matches. Thanks to Jennings, Favre also broke a number of QB records. Favre later broke the bond by retiring. Then retiring from retiring. Now, Jennings sees the old man at Vikings matches, and doesn’t help him out at all. 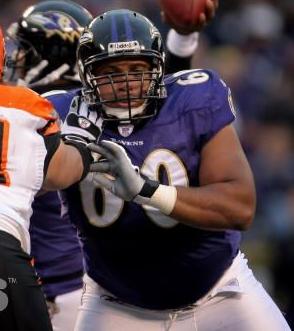 After four years with the Baltimore Ravens, center Jason Brown joined the St. Louis Rams in 2009. The Rams paid a premium for Brown, making him one of the NFL’s best-paid centers. It didn’t do the Rams much good last season. Maybe that’s why the team is selling for a bargain basement price of $700 million. 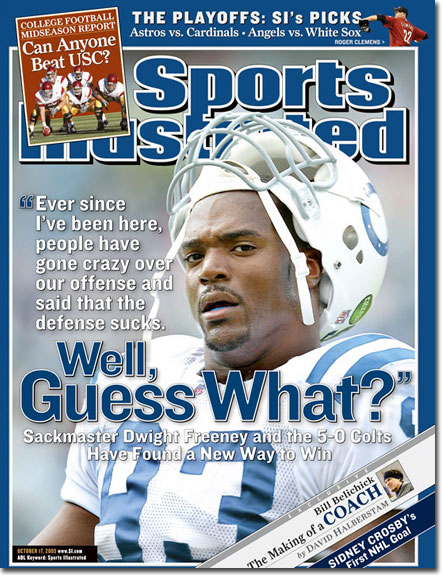 Indianapolis Colts defensive end Freeney boasts the biggest contract ever awarded to a defensive player. He was with the team when they won Super Bowl XLI in 2007. 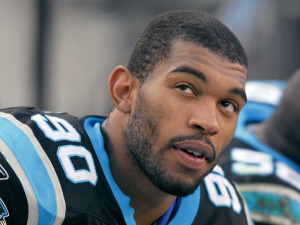 The gifted Carolina Panthers defensive end is one of the only NFL players, besides Donovan McNabb, to play in the NCAA men’s basketball Final Four and the Super Bowl. 6’6”, 285 pounds, and Peppers can sprint with the best of them, as well as overpower sturdy linemen. Needless to say, this four-time Pro Bowler and stellar athlete earns the public’s respect. 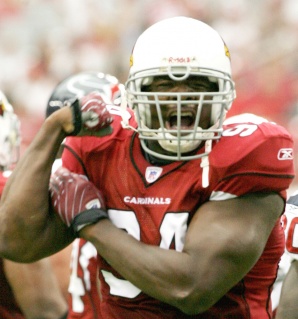 After helping bring the Arizona Cardinals to the Super Bowl XLIII in 2009, defensive end Antonio Smith went free agent. The Houston Texans nabbed him for $35 million, building on their increasingly strong franchise. Now all he has to do is watch his elbows: The NFL fined him $22,500 for hitting and elbowing other players in a single week this year.

*Note: We derived most salary and endorsement data from these two sources. Because those sources have different time frames for their numbers, this list is best seen as an informed estimate for the 2009 season. We didn’t include other sources of income, taxes, agent fees, or any other deductions.