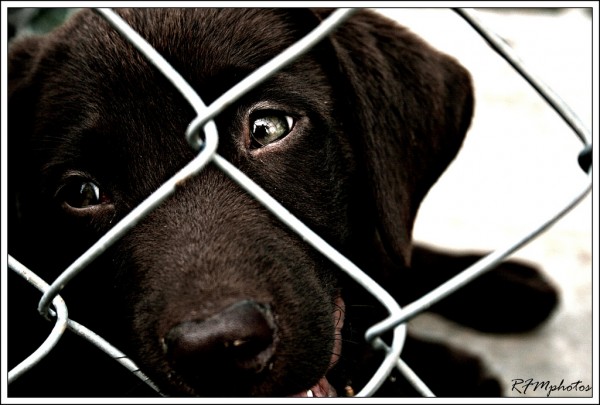 All too often, money and ethics have an inverse relationship. For every thirty people making an honest buck, there seems to be someone whose regard for greenbacks far outweighs the morality aspects of making them. Here are five ways that people use and abuse to make sometimes massive amounts of dollars.

In times of need, we love to think about the charities who give of themselves in time, money and effort to better the lives of those less fortunate. In an ideal world, money would pour in, and it would go where it was needed, when it was needed, in order to do the most good.

But the world in which we live is far from ideal. Charity has become trendy. For many, giving as much as you earn is as much a status symbol as the car you drive or the watch you wear.

But what about those charities who don’t turn your hard earned money into food, water, shelter, school books or clothes? Take, for one, The American Cancer Society. This charity is the flagship for research into causes and cures for cancer. But back in 2005, the Arizona chapter came under scrutiny, when they spent almost 95% of their income on in-house expenses, like paying employees, keeping the coffee machine a-brewing and decking out the office.

A meager sum actually went into the cause for which the charity is known. Then, back in 2000, the head of the Ohio chapter was indicted on charges of embezzlement to the tune of $7 million. That’s $7 million that might have gone a long way to developing a cure for breast cancer, brain tumors, prostate cancer, etc. But that wasn’t to be.

When you went to the pet store as a kid, doubtless you saw all the fish, birds, kitties and puppies, just waiting to be taken to their new forever home and loved endlessly. Yet if you were to look closer, you’d find something darker. But, as they say, shine a turd until it sparkles, beneath the shine, it’s still sh*t.

Puppy mills, the ‘millers’ who run them, and the animals that make up the industry’s bread and butter are endemic in the United States. Puppy mills are a distressingly lucrative avenue for the unscrupulous breeder. 98% of puppies sold in pet stores are from millers by this estimation. Most pet stores don’t care where that ‘doggie in the window’ came from, as long as they get a decent markup for their purebred (read: inbred) specimens after giving the breeder his or her due.

Not only are the physical conditions of a mill horrendously inhumane, with a lack of sanitation, proper shelter, and socialization, but the dogs themselves are kept in perpetual states of malnutrition, ill health and readiness to breed. Pups are weaned far too early, and packed off to stores to be sold to well-meaning but uninformed parents whose children spy the ‘adorable’ balls of fur in the kennel.

How does your typical breeder thank her cash cow–err, dog–for all of its hard work when it doesn’t sell at auction or to a store? She takes it out back and shoots or euthanizes it. And then the cycle continues, as animal cruelty/murder regulations don’t carry nearly the same penalty as they would if she did those things to another human.

In human events like mixed martial arts (MMA) or boxing matches, the combatants are generally well cared for (excluding the occasional stint of steroid use, in which case it’s the user’s own fault). They are fed, clothed, treated humanely, and ultimately, to engage in a match is their choice.

The combatants in animal fighting rings, however, don’t enjoy the luxuries of choice or humane conditions. Dog rings are the most prevalent, but there are setups involving roosters and boar (pigs) as well, wherein trainers reap huge incomes from money that goes back and forth on bets for each fight, similar to promoters and managers in human fights.

The animals are often bred and raised to be aggressive. A poorly socialized dog, such as a fighter, is often tortured with beating and an influx of drugs to heighten its ‘killer instinct’. Additionally, much-loved pets are sometimes stolen from their homes in order to be used as bait in training matches.

Mill breeders are heinous, but dog fighting ring organizers/trainers are especially despicable, because they are compounding the issues from low breeding standards with the manufactured stresses of torture and abuse. Whipping a dog into the ultimate canine killing machine means that, even if these dogs are rescued, they are either too sick, hurt or beyond saving from a social aspect, and usually have to be put down.

Whatever your moral stance on prostitution, it is at least regulated in places like Nevada, where it is sanctioned by the government, which functions as the ‘pimp’ in that business relationship. This does not necessarily improve the lot of the women who work in the state’s brothels, as many of them still suffer abuse at the hands of their johns, or they suffered abuse as girls that drove them to it in the first place.

Sexual trafficking, however, is far worse. Sex slavery is defined as “[t]he status or condition of a person over whom any or all of the powers attaching to the right of ownership are exercised, including sexual access through rape or other forms of sexual violence,” according to the United Nations Slavery Convention. While it is technically illegal in most parts of the world, it is typically ignored and laws governing it go unenforced in developing areas.

Furthermore, adults are the not the only victims of sexual slavery. Children, sometimes as young as six, are sold to perform acts on/with a paying adult. For many officials, child trafficking is business as usual, especially in those aforementioned developing countries. Authorities tend to look the other way, for example, if a child over the age of 12 does not press charges, and if the family benefits from it.

In countries where the order of the day is to work or die, this compels families to get their children to work as well when education is lacking, and income is so meager. Far from the Dickensian images of cherubic-faced tykes in sweat shops (which still takes place here and there), you end up with children stooping to satisfy some adult’s more base desires. Several countries in Asia are among the world’s top providers of child prostitutes, including India, where an estimated 40% of prostitutes are children. At least an adult can say ‘no’ and try to get away. This is just deplorable.

They’re not going anywhere. Why not put them to use? This seems to be the prevailing thought at some prisons, and increasingly the justice system as a whole.

If you thought the United States’ prison system was in a bad way, you aren’t wrong. But it gets so much better. Not only is it over packed to the rafters all across the country, costing taxpayers roughly $9 billion a year, but back when phones were installed for inmates to use on a wide scale, price gouging ran rampant, with providers like MCI (acquired by Verizon) routinely charged an extra $3-$5 per call. The supporting rhetoric is that prison phone systems have built-in transcription systems and cost more to operate, but there was plenty of pocket padding going on, too.

On top of this, the market for everything in a prison – from the prison itself to the toilet that the multi-lifer in Cell Block 2 squats on, to the bullet-resistant camera in the mess – has expanded exponentially into its own cottage prison industry.

But the worst way in which prisons pull in the dough is by exploiting their inmates. Amidst all the hard cases, there are truckloads of other sorts, too, like the folks who are otherwise decent humans, caught breaking the law to feed their family or keep warm during winter. Then, you have illegal immigrants who are jailed to keep them off the street, when their crime was trying to make a better life for themselves, so that they could return and help their families.

What to do with all of these prison feeders? In the case of the illegals or wrong place at wrong time sorts, there’s a tendency to hike up their bail. The bail bond industry loves this, and the prison industry does, too. What’s a few hundred or thousand bucks when the money that taxpayers put into the prison nets them so much more?