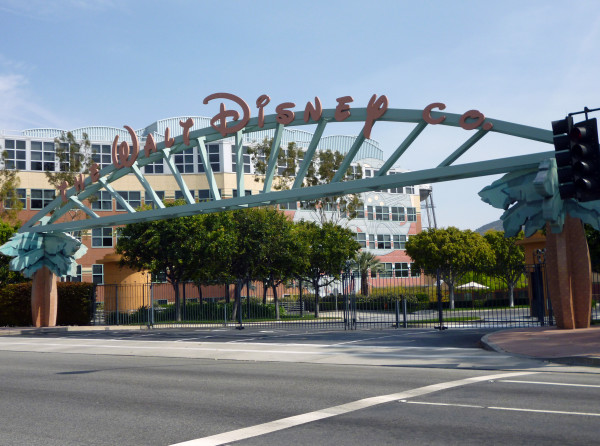 Star Wars: The Force Awakens took its long-awaited box office bow last night, and the early indications are that fans are piling into theaters in droves to see the latest adventures of a galaxy far, far away.

Shares of the company’s stock are trading down 4% on Friday despite the new Star Wars film making $57 million in Thursday “preview” screenings alone, a new record.

The decline comes after pessimism from analysts this week, and means a nearly 9% dip in the stock’s value just over the past month.

Richard Greenfield, with BTIG, pointed to troubles at Disney’s ESPN as a major factor in his downgrade to “sell” status. Another part of that is investors having overbid share prices in anticipation of the The Force Awakens.

“Even The Force cannot protect ESPN,” Greenfield said in a research note, adding that the sports media giant had spent too much on television rights to sporting events thanks to “overly aggressive…subscriber projections.”

Star Wars could help buoy the company’s financial situation in the near term if it brings in north of $2 billion, but anything less could be disastrous for Disney’s bottom line and share price.

While Greenfield now sees the stock dropping to $90, Morgan Stanley’s Benjamin Swinburne on Wednesday set a less dramatic target at $108.

But Moody’s struck a much more positive tone in a report on Disney’s credit situation Friday, saying that “the Star Wars franchise is uniquely multi-beneficial to Disney and clearly the evergreen intellectual property further diversifies and strengthens the company’s foundation alongside its most important franchises.”

And while share prices have dipped this month, Disney’s stock is still up on the year to the tune of 15.3%.

But ESPN poses a distinct challenge for the company, which sees almost half of its operating income derived from its cable properties. ESPN, the self-styled “worldwide leader in sports,” is far and away the king of Disney’s cable empire.

According to Greenfield, the BTIG analyst, ESPN “now appears poised to become Disney’s most troubled business as consumer behavior shifts rapidly” away from traditional cable and to digital media sources.

Disney stock began its current slide late last month when a regulatory filing revealed that the company’s cable channels, which also include the Disney Channel and ABC Family, were losing subscribers. ESPN had dropped 3 million since 2014.