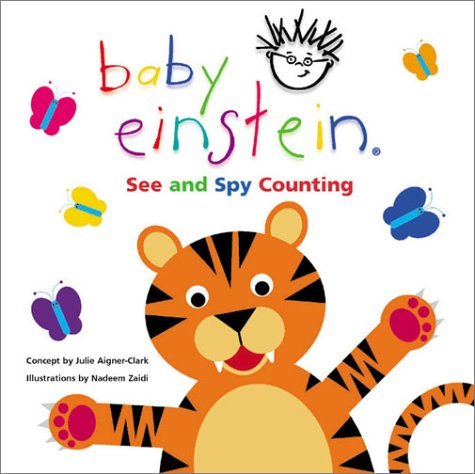 Disney is offering a DVD upgrade or moneyback guarantee to everyone who purchased a Baby Einstein DVD between June 5, 2004 and September 4, 2009 (the day the notice was put out).

The recall, if you want to call it that, came about after interest groups pressured the company to offer parents a refund. The premise: Time in front of a TV screen is bad for babies. An FTC complaint convinced Disney to rescind an earlier claim that Baby Einstein DVDs were educational.

Since September, interest groups have claimed a further victory in persuading the company to offer consumers a refund. Details of the Baby Einstein recall (from their website, via Slate):

If you are not satisfied with the Baby Einstein DVD you purchased during the period mentioned above, for a limited time beginning on September 4, 2009 and ending on March 4, 2010, you may exchange it for one of the following:

* One (1) coupon for 25% off the purchase of one Little Einsteins™ product. Redeemable with promotion code only at DisneyStore.com.

Campaign for a Commercial Free Childhood, an interest group, describes their version of the recall (via Slate):

As a result of our 2006 Federal Trade Commission complaint, Disney stopped claiming that Baby Einstein videos were educational for infants, but the company made no move to compensate parents who purchased them.

We thought parents deserved better. So, with help from CCFC members like you, we kept the pressure on until Disney agreed to reimburse Baby Einstein customers.

The refund offer is a wonderful victory for families and anyone who cares about children. Recent research shows that screen time is not educational for babies. Now parents who purchased Baby Einstein DVDs, mistakenly believing the videos would make their babies smarter, can recoup their money.

How did the Baby Einstein people officially react? By lashing back, and claiming no guilt:

For the past several years, Baby Einstein has been under attack by propaganda groups taking extreme positions that try to dictate what parents should do, say and buy. Our philosophy has always been to focus on creating products that parents and babies love, and to not get sidetracked and pulled down into their street fight.

Unfortunately, with Susan Linn’s latest stunt, we cannot be silent any longer. Linn’s obvious dislike for Baby Einstein has now turned into a sensational, headline-grabbing publicity campaign that seeks to twist and spin a simple, customer satisfaction action into a false admission of guilt. This is clearly not the case.

Linn’s moves are carefully crafted to prey on parental guilt and uncertainty. This time, she began by asking the Federal Trade Commission (FTC) to go after Baby Einstein because, she said, we claimed that Baby Einstein was educational. But we do not make any such claim – and the FTC brought no action.

We strongly believe that, unlike Linn, our consumers find value in our product, and rather than continue to fight with her, we decided it to leave it up to those consumers. That is why we extended a refund policy that was already in place. Although she would like to claim otherwise, there is nothing extraordinary about a company’s willingness to stand behind its product. To the contrary, it is the strongest possible show of confidence in it.

Susan Linn, the nation’s leading advocate for protecting children from corporate marketers…argues that while play is crucial to human development and children are born with an innate capacity for make believe, the convergence of ubiquitous technology and unfettered commercialism actually prevents them from playing. In modern day America, nurturing creative play is not only countercultural—it threatens corporate profits.

In an age when toys come from TV shows, dress-up means wearing Disney costumes, and parents believe Baby Einstein is educational, Dr. Linn lays out the inextricable links between play, creativity, and health, showing us why we need to protect our children from corporations that aim to limit their imaginations.

In sum: If you want to heed the study claiming too much screen time inhibits babies’ language development–and perhaps limit corporate brainwashing in the process–Baby Einstein is offering you an alternative to its DVDs.