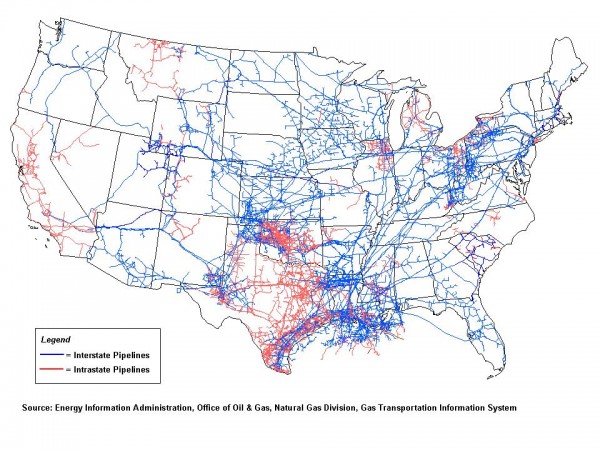 That’s not to mention the weather-related natural gas problems in Texas that left hundreds of people in northern New Mexico without heat for six days last week.

If this isn’t an infrastructure problem, I don’t know what is. Bloomberg has more details:

The U.S. is crisscrossed with more than 2.5 million miles of fuel pipelines, or enough to circle the earth about 100 times….Much of the underground infrastructure in the U.S., which also includes water and sewer pipes, has been in use for more than 50 years and needs to be evaluated and, where needed, replaced, said Blaine Leonard, president of the American Society of Civil Engineers.

“Just because it’s old doesn’t mean it’s in bad shape, but the risk is certainly increased,” Leonard, a civil engineer in Utah, said. “There’s a lot of hidden infrastructure and we can’t be complacent about it. So much of our economy and quality of life depends on it.”

Especially when you have exploding neighborhoods, 30-foot fireballs, people dying, and utilities companies that don’t stop the problem in time, even when people report funny smells. Old infrastructure isn’t the entire story–there have been 41+ natural gas pipeline expansions in the past decade or so–but someone needs to find a way to stop these disasters, which look systemic, from happening in the first place.

Remember the American Society of Civil Engineers’ 2009 infrastructure report card? It gave our national infrastructure a “D”. Today’s disasters reflect that near-failing grade. The government doesn’t have enough money budgeted to stick to all the ASCE’s $2.2 trillion recommendations. Clearly, it still needs to amp up the basics. So that fireballs don’t eat neighborhoods.

We Can Do It…Maybe

What are the odds that government regulators will get the necessary assessments done? I think a better question is: Who has their hands in government regulators’ pockets? Natural gas companies aren’t exactly stingy when it comes to lobbying politicians. Here are some major examples, though there are many more (data from OpenSecrets):

I’d like to think this isn’t a question of how many more people will die, but with numbers like these, I’m not encouraged.