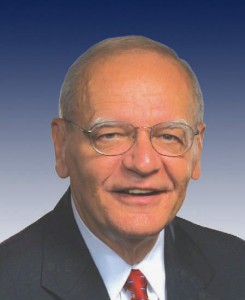 Capitol Hill, speaking through the channel that is Paul Kanjorski, says the bailout bill is pretty much complete and headed for the President’s desk.

“The package is basically done, the hard issues are resolved and we are going to move on,” Kanjorski said. “Right now, the votes are there for it.”

A member of the House Financial Services Committee, Kanjorski predicted the bill could be sent to the president by Saturday or Sunday.

In interviews, and in testimony on Wednesday, Congressional leaders and Treasury Secretary Henry M. Paulson Jr., said that they had made substantive progress toward a deal on the rescue plan, and that the administration was prepared to make two big concessions: pay limits for executives of firms that seek government help and, in some cases, an equity stake for taxpayers in those companies so that the government can profit if they prosper in the months and years ahead.

Many lawmakers said they were getting phone calls from constituents overwhelmingly opposed to the plan.

What do you think? Politically-motivated rush job, or viable plan?