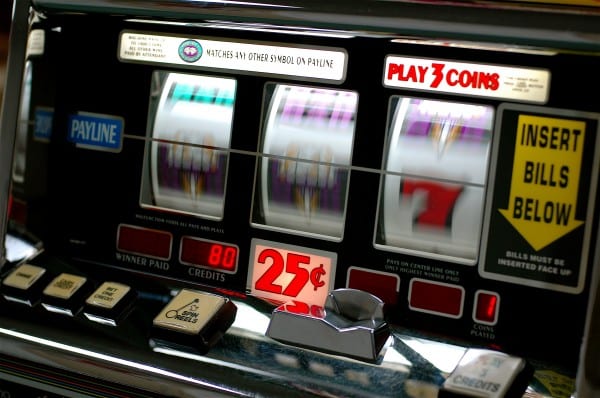 Ouch. The Miami New Times has more on the casino that denied the man the winnings stated on the machine:

On Sunday, a gambler at the Seminole Hard Rock Casino in Tampa was playing a $4 slot machine when its bells started ringing and an enormous figure began flashing on its jackpot screen: $166,666,666.65. Bill Seebeck thought he was set for life.

Alas, ’twas not to be. After investigating the win, casino officials told him that the machine had malfunctioned and he wouldn’t be receiving a cent. The maximum jackpot on the machine is a relatively paltry $90,000- and the gambler wouldn’t get that payout either. They even attempted to coerce Seebeck into agreeing to that in writing, but he refused.

Update: We just received a statement from Seminole Hard Rock with the news that they’ve reached a “good faith” settlement, for an undisclosed amount, with Seebeck. Something about the way this is worded tells us the gambler remains a non-millionaire- although he might have a couple of thousand bucks to whittle away on more slots:

“The Seminole Hard Rock Casino Tampa has made an offer to William Seebeck, and he has accepted, recognizing that the slot machine he was playing on Sunday malfunctioned, in what can be best described to the layman as a “computer glitch.” The maximum payout on the Ultimate Party Spin machine played by Seebeck is $99,000, although his bet of $1.50 at the time of the malfunction could have generated a maximum payout of only $2,500, with the right combination. Determination of a malfunction was made by representatives of the machine’s manufacturer and software provider, according to established gaming industry standards, with confirmation from an independent third-party laboratory analysis. The casino has opted to settle this matter for an undisclosed amount as a good faith gesture, and we look forward to welcoming Mr. Seebeck on future visits.”