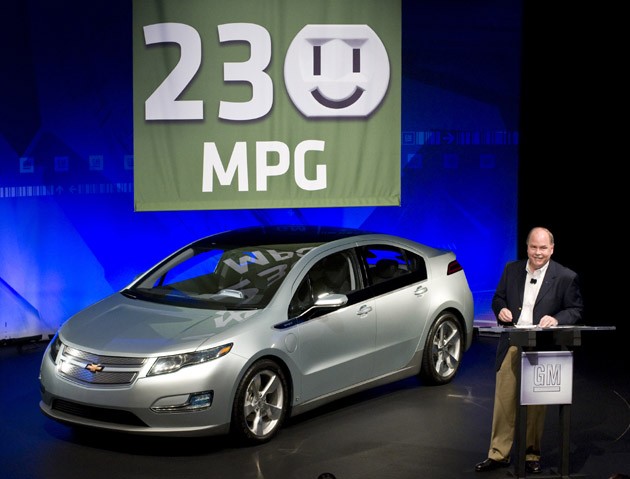 GM today revealed that the new Chevy Volt hybrid will get up to 230 mpg for city driving. ZDNet’s Larry Dignan has more:

General Motors outlined the miles per gallon figures Tuesday. The Volt is expected to start production in late 2010 as a 2011 model. However, there are a few caveats:

* The Volt can travel up to 40 miles on a single electricity charge;
* Its overall range will be 300 miles with its fuel engine;
* GM recommends that you plug in the Volt at least once a day;
* Gas free mileage will depend on cargo, distance, air conditioning use and number of people in the car.

That latter point is huge. What happens when it’s summer, 90 degrees and humid and you have a car pool going? When the battery hits a minimum level, the Volt will switch to extended-range mode. In this mode, the Volt’s fuel engine produces electricity.

CNN breaks down the math here.