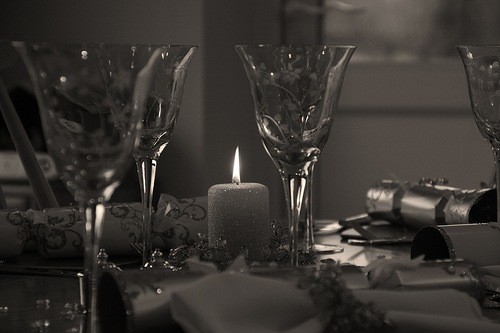 The economic climate this year is causing many companies to say Bah Humbug to the annual holiday party (or Winter Celebration or whatever you call it in your region). According to executive search firm Battalia Winston Amrop, only 81% of businesses will be throwing a party this year. This is the lowest percentage of companies in the 20 year history of the survey. Of those who are having parties only 71% will offer alcoholic drinks this year. In 2000 that number was 90%.

“The holiday mood is somber this year as concerns about the economy continue to impact companies and their employees – so much so that the number of parties has reached a historical low. Over the past 20 years the number of holiday parties has always mirrored the health of the economy. This year we see how hard companies have been hit, especially in the financial and manufacturing industries where many companies have had to cancel parties altogether.”

Corporations Embrace the Spirit of Christmas

OfficeLinks is taking the charitable theme a step further this year with its A Night of Giving holiday party event. Three charities, City Harvest, New York Restoration Project and Big Brothers, Big Sisters will be receiving donations from the company. Each guest will select the charity that he or she would like to support upon entering the party. At the end of the evening, OfficeLinks will tally up the choices and distribute the appropriate proceeds to each organization.

“We decided to transform our holiday office party into a charity event so that our guests could feel good when they walked through the door. Having launched OfficeLinks in New York five years ago, we thought it would be appropriate to make a contribution to three non-profits that do so much for our city. It’s our way of saying ‘thank you.'”

The holiday party can be expensive, but there are ways to cut back and still give people the chance to come together.

Has your holiday party been scaled back or canceled? Or is your company doing something unusual this year? Let us know!