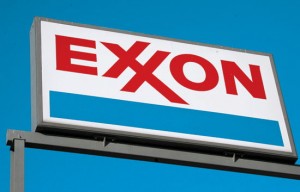 Record oil prices were behind the surge in profits. MarketWatch has a statement from Chairman of the Board Rex W. Tillerson, which begins with:

“ExxonMobil’s strong results in the third quarter of 2008 demonstrate the continued success of our disciplined business approach.”

Ahem. Their disciplined business approach surely played a role, but a small one. The company sold a German natural gas company for $9.3 million. Spikes in natural gas and crude oil prices raised earnings $4.4 billion. Meanwhile, the company lost $1.3 billion due to lower demand.

In other words, circumstance propped up another industry, and Mr. Tillerson let the company take credit for it. In the bigger economic picture, ExxonMobil’s earnings, like yesterday’s durable goods statistics, only confirm what we already know: That oil is expensive, and the defense industry is doing well, and that the two are not mutually exclusive.