Walmart is the largest retailer in the United States with 4,300 locations, and the largest in the world with 11,000 stores globally.  In 2014, the giant corporation brought in $473 billion in sales.

With nearly $500 billion in annual sales, the customer base on Walmart is closely monitored to determine who shops at the brick & mortar giant.

The team at Kantar Retail, a consulting firm that polled more than 4,000 consumers on their shopping habits, compiled some of the company’s most interesting demographics. 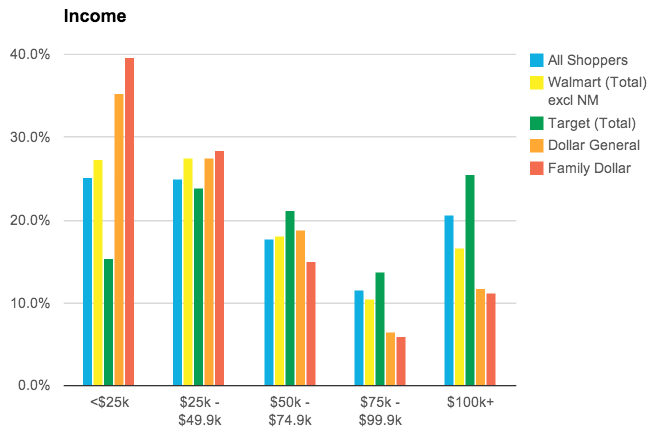 Walmart might claim the biggest part of the retail pie, but Target beats out the company for shoppers who earn $50,000 or more. In fact, the chain derives a large chunk of its sales from shoppers who earn less than $25,000 per year. 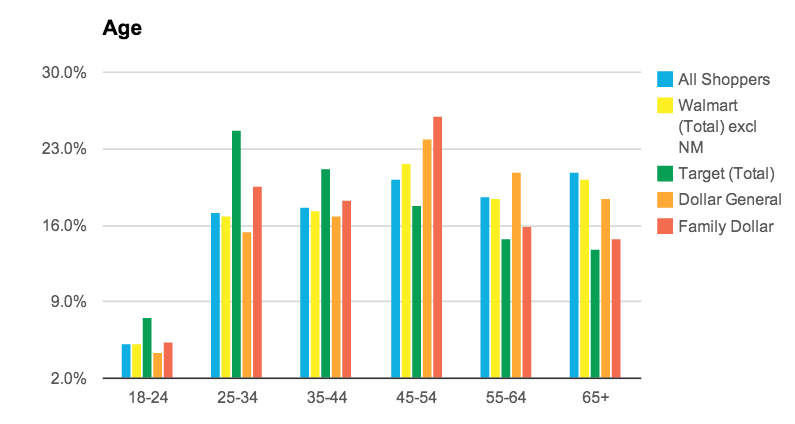 Target’s shoppers are five years younger than Walmart customers. It isn’t until the 45 to 54-year-old group that Walmart shows its true demographic dominance. 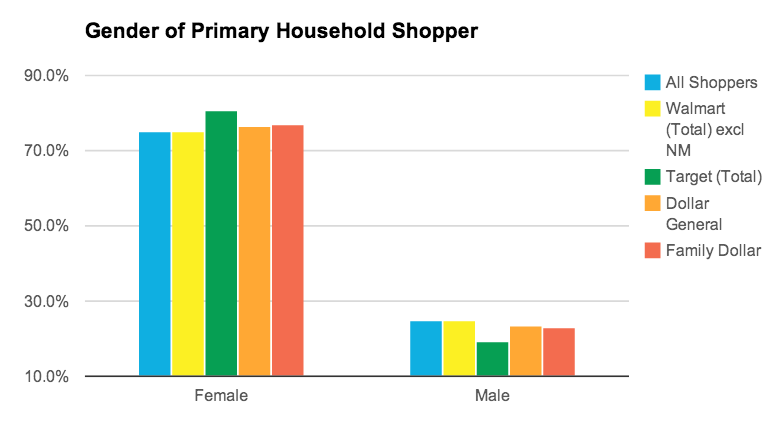 When examining the primary household shopper, Walmart fairs much better among female shoppers with a 3 to 1 buying ratio. 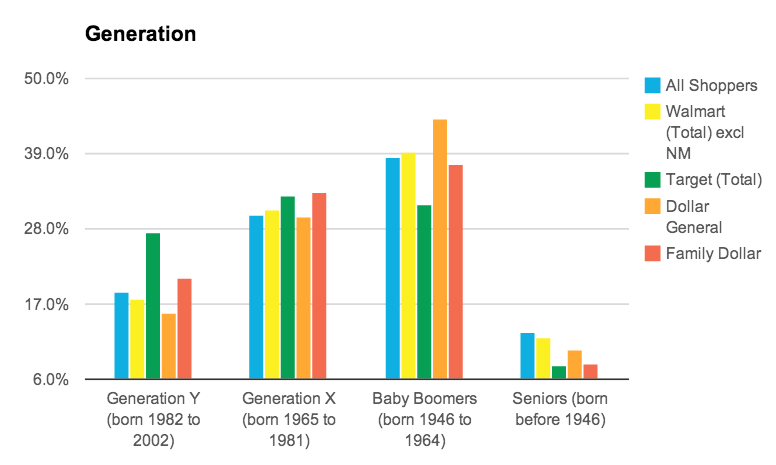 The generational gap at Walmart is troubling for investors looking to the long-term. Generation Y would much rather shop at Target or even Family Dollar, and Dollar Tree. Baby Boomers love Walmart but they are aging out of the market and will likely cause sales issues in the future if Walmart fails to grab the Generation Y crowd. 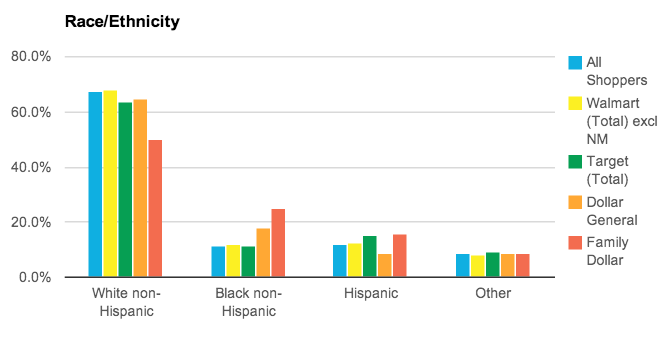 Walmart shoppers flock to the retail giant when they are white, while preferring Family Dollar if they are Black or Hispanic. The “other” demographic group, which is growing rapidly in the United States also prefers Target over Walmart.

Walmart has a solid grasp on certain demographics, however, the company has failed to