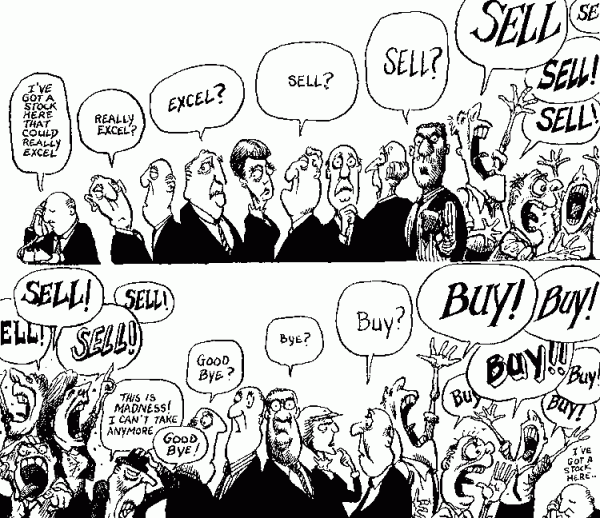 A hedge fund has created a trading model that lets investors gauge the stock market’s mode via Twitter. Bloomberg has the story:

The Derwent Absolute Return Fund Ltd., set to start trading in February with an initial 25 million pounds ($39 million) under management, will follow posts on the social-networking website. A trading model will highlight when the number of times words on Twitter such as “calm” rise above or below average.

The fund will use algorithms based on the data extracted from Twitter posts and other factors to trade the FTSE 100, FTSE 250 and Dow Jones Industrial Average indexes as well as oil, gold and other precious metals and currencies.

A paper by the University of Manchester and Indiana University published in October said the number of emotional words on Twitter could be used to predict daily moves in the Dow Jones Industrial Average. A change in emotions expressed online would be followed between two and six days later by a move in the index, the researchers said, and this information let them predict its movements with 87.6 percent accuracy.