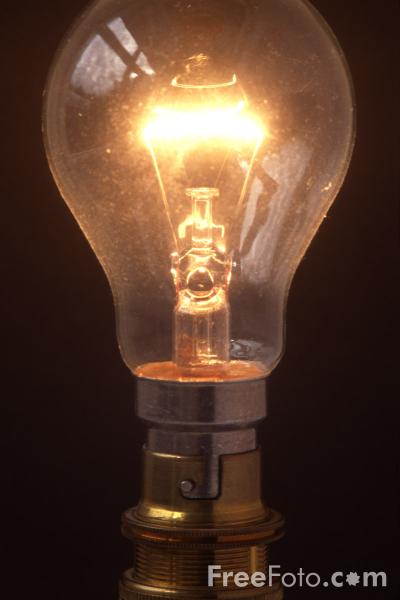 An EU-wide ban on incandescent (traditional) light bulbs is causing consumers to hoard the soon-to-be unlawful products. Manufacturers are enjoying massive sales as a result. Spiegel has more:

As the Sept. 1 deadline for the implementation of the first phase of the EU’s ban on incandescent light bulbs approaches, shoppers, retailers and even museums are hoarding the precious wares — and helping the manufacturers make a bundle.

The EU ban, adopted in March, calls for the gradual replacement of traditional light bulbs with supposedly more energy-efficient compact fluorescent bulbs (CFL). The first to go, on Sept. 1, will be 100-watt bulbs. Bulbs of other wattages will then gradually fall under the ban, which is expected to cover all such bulbs by Sept. 1, 2012 (see graphic below).

Hardware stores and home-improvement chains in Germany are seeing massive increases in the sales of the traditional bulbs. Obi reports a 27 percent growth in sales over the same period a year ago. Hornbach has seen its frosted-glass light bulb sales increase by 40-112 percent. When it comes to 100-watt bulbs, Max Bahr has seen an 80 percent jump in sales, while the figure has been 150 percent for its competitor Praktiker.

Apparently, one reason for hoarding the old bulbs is that the aesthetics associated with the light they emit far outweigh CFLs, which have an “artificial” quality. As a result, art museums are buying them by the thousands, hoping to keep them in operation for years. The EU law prohibits producing and selling the bulbs, but not possessing them–so people are trying to compile long-term supplies.

I thought Cash for Clunkers was a regulatory headache, but it pales in comparison to the light bulb law. The EU could at least have chosen to profit off its restrictions by, as one article source suggests, “slapp(ing) a €5 surcharge on every incandescent bulb, (which would) make people think a bit more before buying them.” Besides, who is going to regulate light bulbs? Interpol? An armed energy task force? This is too big-brotherish.