Pandora founder Tim Westergren is taking over as the company’s CEO and investors are not happy with the move.

Shares at Pandora fell by as much as 10% on Monday after Pandora announced the executive-level management shakeup.

Pandora has struggled to keep pace with the likes of Spotify and Apple. Investors in the company were hoping for an exit strategy that would include the sale of the company, a move that is now less likely with the company’s founder back behind the helm.

“The tendency is for founders to keep investing for growth; Tim’s not going to be the kind of CEO who cuts costs to increase cash flow or sell the business,” said Anthony DiClemente, analyst at Nomura Securities.

Westergren founded Pandora in 2000 as the Music Genome Project.

As users have shifted away from having algorithms choose there music for them, Pandora has struggled to maintain market share.

“Those strategic plans aren’t going to change now that Tim is CEO,” said DiClemente. “I think what the company is going to articulate to investors is that the strategy is intact, and the future is bright for Pandora as a standalone company.” 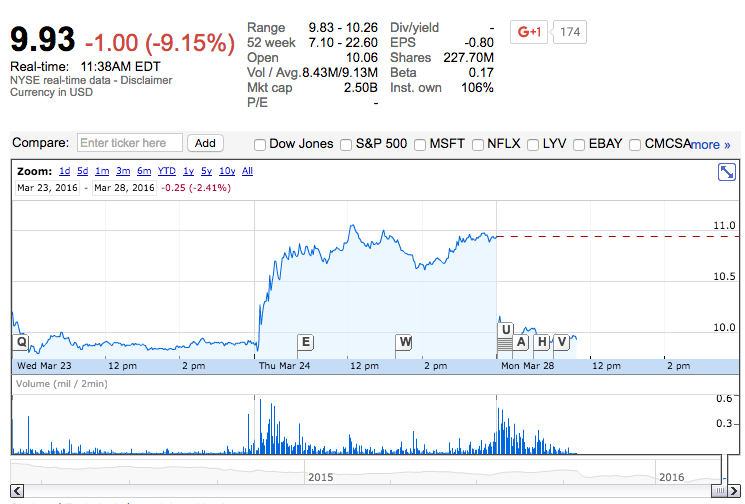 Westergren, an accomplished composer and musician, said he believes Pandora is on the right path.

“I am incredibly excited about the future of Pandora,” Westergren said in a statement. “We’re on the cusp of realizing an extraordinary vision: fundamentally changing the way listeners discover and enjoy music, and the way artists build and sustain their careers.”