Who wants to be a millionaire… for under $200? Come on, even your mom could afford that. Might we suggest a trip to the following places… 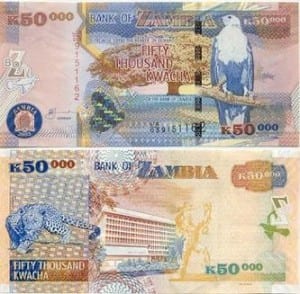 To give you an idea of how weak the Kwacha is, although there are still some 20 Kwacha notes (worth about 0.00021 US cents) in circulation, such is the rarity and worthlessness of this note, most major retailers round up prices to the nearest fifty. It only takes $214 worth of kwacha to declare oneself officially a millionaire in Zambia.

Officially 1 Guarani is divided into 100 centimos – but due to inflation, centimos are no longer in use. Coins can instead be found in denominations of 50, 100 and 500 Guarani. New 100,000 guarani bills have been printed with the date of 2005, but as the reached circulation by criminal ways before being launched officially, this series has been declared void and worthless by the central bank. Just over $200 will win the title millionaire in Guinea as of November 2009 – or 10 of those new G100,000 notes.

Guinea may have an abundance of natural resources, including a quarter of all the world’s known bauxite reserves, but since the turn of the millennium the Guinean Franc has undergone spectacular devaluation – now just $197 will make you a millionaire in Guinea Franc. And if you’re planning on keeping this kind of money in your wallet, make sure it’s a big wallet – even if you used Guinea’s highest value banknotes only, you’d still need 100 to make up this amount. 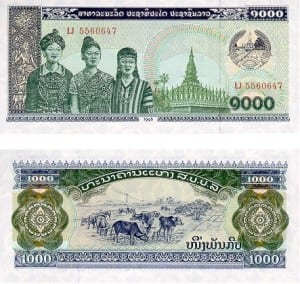 Laos’ Kip is so worthless they have given up completely on coins, which isn’t surprising considering the largest banknote they have is worth only just over $5. Any person traveling to Laos with $115 or more is technically a millionaire. 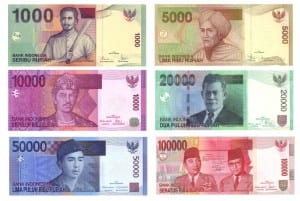 The name Rupiah derives from the Indian monetary unit rupee which is called a rupiya in several Indian languages. Although a 1 Rupiah coin does exist, due to the fact it is worth only $0.0001, it is not widely circulated. $104 worth of Rupiah is enough to make you a millionaire in Indonesia.

Iran’s Rial took at hit with the 1979 Revolution and has struggled to get back on its feet ever since. Currently talks concerning re-denomination are underway, but in the meantime the central bank has been content to issue larger notes (prior to 1989 the largest note was 10,000) – today the 50,000 Rial note tastefully features the controversial Iranian nuclear program. A measly $99 worth of Rial would make you a millionaire in Tehran.

The greatest value note in Turkmenistan is a worth a ridiculously low 69 cents, and although $69.89 is enough to make you a millionaire – you’ll need 100 of these worthless notes to do this. 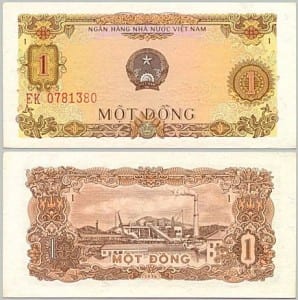 Vietnam may have the largest single banknote of any country on this list, meaning it’s possible to hold in one note the grand sum of nearly $27, but the delightfully named, Dong, is in fact almost totally worthless. Dong used to be subdivided into 10 hao, but these are now worth so little they have been abandoned. In 2003 the country started reissuing coins, creating a wave of excitement amongst people who hadn’t seen coins for years, followed by a wave of disappointment when it was realized how little these coins would be worth. If traveling to Vietnam be sure to take at least $55 with you, as this is enough to be a millionaire. 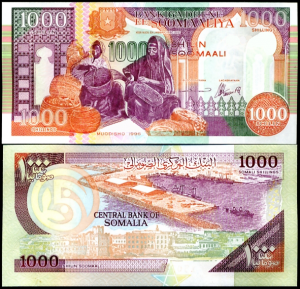 War-torn Somalia is today probably best known for pirates, but according to the UN despite high levels of civil strife and instability, it has been able to maintain a free-market economy that outperforms many of its African neighbors. Just $35.39 is enough to be a millionaire in Somalia, although you’ll need a thousand of the country’s biggest notes to actually have this amount. 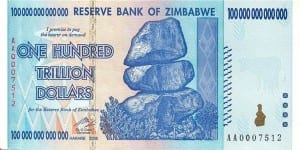 The Zimbabwean dollar was suspended indefinitely in April this year – after years of staggeringly massive inflation it had reached lows of more than 100 trillion ZD to US$1, as well as suffered three re-denominations. At the worst time, only a thousandth of a single US cent was enough to be a millionaire in Zimbabwean dollars. Scary, eh?

All images courtesy of wikimedia