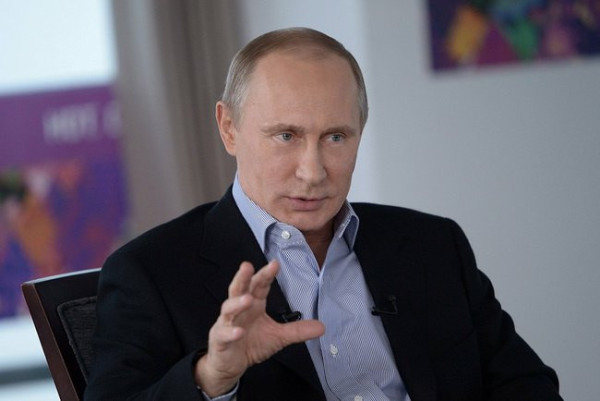 Andrey Belousov, a key economic aide to Russian President Vladimir Putin, is predicting that a dip in oil prices to $40 a barrel could mean his country’s central bank stops its run of interest rate cuts.

“If the situation on the foreign-exchange markets changes as a result of a significant drop in oil prices – to $40 a barrel, with fluctuations between $40 and $45 – then the central bank will probably halt the process of cutting the rate,” Belousov told Bloomberg on Tuesday.

His words carry added weight given an accurate prediction this past January of a rate cut that surprised most analysts. That led to a string of four more cuts over the course of the year, against the backdrop of a sagging economy and weakening ruble. Oil’s drop – over 30% just this summer – and Western sanctions have bit hard into the Russian economy.

The Bank of Russia has not made any official statements about its plans. But Business Insider points out that the central bank’s early-August rate cut “was less than expected” and the announcement lacked the phrase “ready to continue cutting” that had accompanied earlier cuts.

While the economy is a major concern, and would normally justify slashing rates even further, Moscow is worried about that policy’s effect on a declining ruble.

Russia’s currency is down 25 percent against the dollar over the past three months, dipping another 0.5 percent on Tuesday.

“On the one hand, the recession in the economy and extremely tight credit conditions argue for a rate cut,” analyst Liza Ermolenko told Bloomberg in July. “But on the other hand, easing policy at the time when the ruble is weakening sharply could cause it to fall even further, creating risks for inflation and financial stability.”

Russia’s central bank is scheduled to meet on September 11 to decide its next interest rate move.