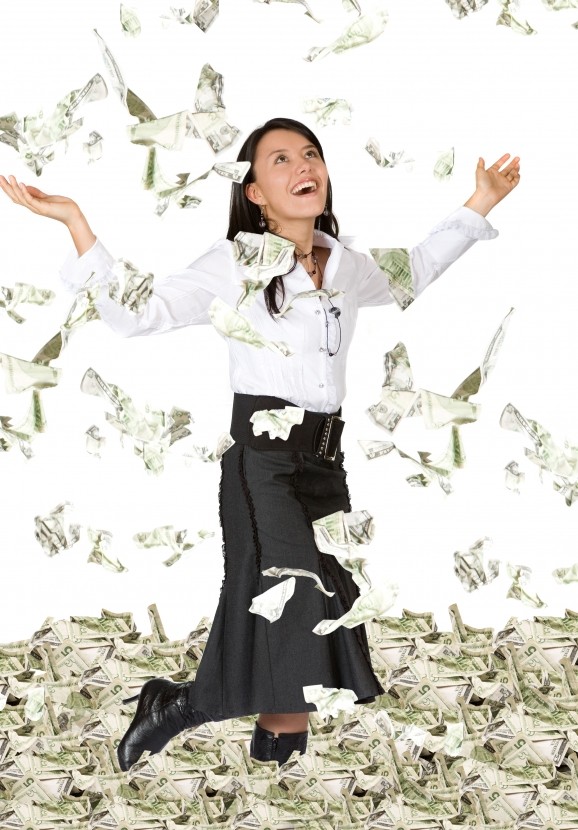 A prominent economist has found a strong correlation between wealth (which he defined as making more than $100,000 a year) and stress levels. From Yahoo Finance:

According to research by Daniel Kahneman, the Nobel Prize-winning behavioral economist, quoted in an article in the Washington Post, “being wealthy is often a powerful predictor that people spend less time doing pleasurable things and more time doing compulsory things and feeling stressed.”

People who make less than $20,000 a year, for instance, spent more than a third of their time in passive leisure, like kicking back and watching TV. By contrast, those making more than $100,000 a year spent less than a fifth of their time in passive leisure. “The richest people spent nearly twice as much time as the poorest people in leisure activities that were structured and often stressful — shopping, child care and exercise.”

Kahneman’s findings reinforce stereotypes that poor people are lazy (people like Barbara Ehrenreich prove him wrong). But his findings do lend credence to the fact that no matter how much people earn, they still find reasons to drown in stress.

Speaking from experience, I’d say a certain income range whose minimum hovers around $100,000 per year begets punitive taxation and an insatiable hunger for a “rich” standard of living. Some elite items and services are within reach, but you can’t afford enough of them to shirk responsibility.

The almost-rich financial range creates a cognitive dissonance. $100,000 sounds like a lot, but doesn’t liberate you from the rusty iron clutches of the middle class. When you don’t care about gas prices, ever, and eat gold-sprinkled Sachertorte in Vegas, then your finances support a truly carefree existence.

Based on the article, I came up with 5 levels of financial existence:

2—The Really Bum Deal: Being stressed, overworked, and making less than $25,000 per year.

3—The Submission Deal: Making around $20,000 per year, but accepting your dirt-poor status. Your dire situation, in turn, leads to a sense of resignation that allows you to relax and enjoy your free time.

4—The You’re-An-Idiot Deal: Being ultra-rich (making more than, say, $3 million per year off interest income), having nothing to do, and stressing out over golf games, financial managers, and all the poor people trying to bilk you out of your fortune.

5—The Sweet Deal: Making more than $3 million per year off interest income and relishing your liesure time with hedonistic pleasure. At the same time, you’re conscious enough to avoid misogyny and gambling addictions.

The Submission Deal sounds easiest. I’d work little and accept my po’ status than figure out how to be a responsible hedonist. Then again, as a poor person, a ruptured appendix would hurl me into bankruptcy.

Can you think of any other perks to being poor? Vices to having money?