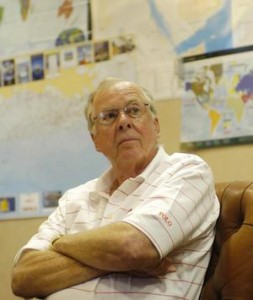 Nobody is immune from the bad market. The Wall Street Journal reports the severity with with T. Boone Pickens, energy investor par excellence, was hit:

In the latest sign of how the financial crisis and steep drop in commodity prices since July have blindsided some of the most prominent investors, energy crusader T. Boone Pickens said he and his BP Capital investment firm have lost some $2 billion since oil and natural-gas prices started tumbling in July.

The information, released on “60 Minutes,” is sharply higher than the most recent estimates of Mr. Pickens’ losses. His funds were previously thought to be down over $1 billion in 2008, with his personal losses pegged at more than $300 million.

In the “60 Minutes” profile, which says the value of Mr. Pickens’ hedge fund has been cut in half since July, Mr. Pickens said he’ll get the $2 billion back.

The losses are big, but the piece is heartening. What other 80-year-old investor has the moxie to claim he’ll make back the $2 billion he lost–and have it sound believable?