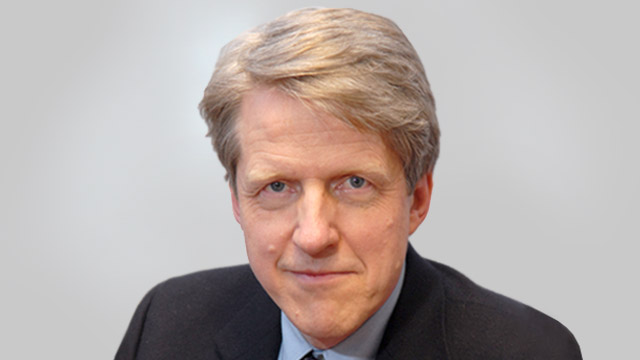 Yale professor and Nobeld Prize in Economics winner Robert Schiller is pretty sure the turmoil in the U.S. stock market has not yet reached its peak.

The stock market hiccups over the last few weeks have already increased the fear index as many Americans worry about the stability of their jobs.

The Yale University Economics Professor tells Bloomberg, “I think that people are generally anxious about their future. On top of that we had this turmoil in the market over the last 10 days or so, and that turmoil has a different sort of edge to it. It isn’t over yet.”

“The housing market has gone up quite a bit since the bottom in 2012,” Shiller said. “It’s been a rapid ascent so it looks kind of bubbly there.”

Housing is just one of many assets Shiller is warning us about.

“There seems to be a tendency around much of the world for high priced assets–it’s like a general phenomenon,” Shiller said. “At the same time, when we talk about secular stagnation… maybe they’re related. There’s something about the psychology right now.”

With fears still surrounding China’s volatility and Greece still dealing with its own debt issues, there is still plenty to be worried about for the foreseeable future.