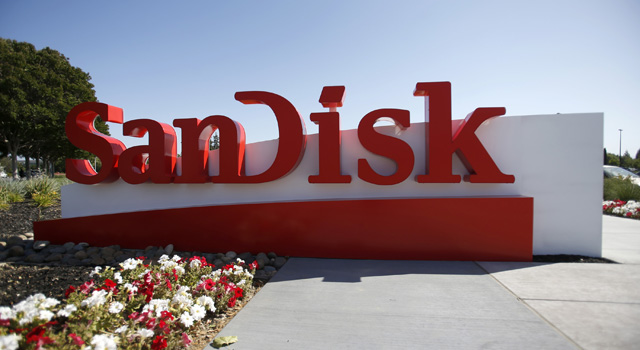 Sandisk is in talks with Micron Technology Inc and Western Digital Corp. The company might sell itself according to Bloomberg.

The company, popular for its MicroSD and SD cards has hired a bank to explore a potential sale.

No decision has been made and the talks may not result in a transaction, Bloomberg said.

Shares of SanDisk, which also offers products for cloud computing, data centers, smartphones and laptops – rose 10.9 percent to $68.50 in extended trading on Tuesday. Micron was up nearly 3 percent and Western Digital down 1 percent.

SanDisk, Western Digital and Micron have not responded to the claim.

SanDisk was valued at approximately $12.6 billion as of the stock’s close of $61.77 on Tuesday. The stock is down about 37 percent year-to-date.

Sandisk has had a tough year because of delays in certain embedded parts used in solid-state drives.