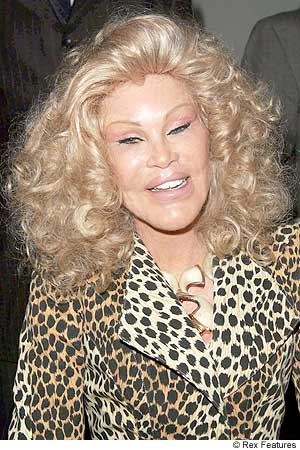 On Monday, the Senate finance committee discussed instituting a 10% excise tax on all plastic surgery deemed not necessary for medical reasons. The outlay would help finance the national healthcare overhaul. NBC has more:

Americans spent more than $10 billion on cosmetic surgery in 2005, according to a report from UCLA’s Department of Surgery, Division of Plastic and Reconstructive Surgery.

“Any procedure which is directed at improving the patient’s appearance and does not meaningfully promote the proper function of the body or prevent or treat illness or disease,” is deemed cosmetic under a 1990 law. These procedures would be the target of the proposed tax.

Such a a tax “would be a discriminatory tax against women,” said Malcolm Roth of the American Society of Plastic Surgeons, and a plastic surgeon at Maimonides Medical Center in Brooklyn, N.Y., noting that 86 percent of cosmetic surgery patients are female.

(Roth) also disputed the notion it would be a “tax on the wealthy,” noting most patients earn less than $100,000 a year. “People put money aside for years, sometimes weekly under-the-mattress deductions” to get the surgery they want, he said.

A number of states have tried to impose excise taxes on cosmetic surgery, with little success. The only state with such a law on the books is New Jersey. Democratic Gov. Jon Corzine vetoed a bill to repeal the state’s 6 percent tax on cosmetic surgery gross receipts in 2007, even after the repeal passed unanimously in both the state Assembly and Senate.

Malcolm Roth, vice president for health policy and advocacy at the American Society of Plastic Surgeons, said the New Jersey tax has only brought in about 25 percent of anticipated revenue since it was enacted in 2004 and imposes “another bureaucratic layer,” including questions of how to determine what procedures are eligible. Roth said lawmakers at the federal level could expect the same administrative headaches and lack of anticipated revenues if they went down the New Jersey route.

Adding another layer of bureaucracy to a complex, overburdened system is a horrifically bad idea. The healthcare system is so broken that tax funds run the risk of getting eaten up by administrative fees. The IRS, insurance companies, and doctors would all need to adjust their paperwork to reflect the new law. Conceivably, a fair number of doctors would claim the procedures are for medical purposes in order to save their patients from being taxed. Other patients would go abroad for treatment, reducing overall demand–and potential for taxation.

It’s not like taxing cigarettes. Politicians need to look at the context before proposing this kind of thing.