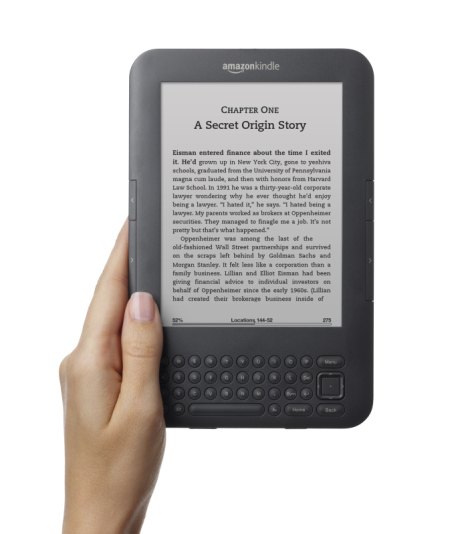 We like to think of Kindles and iPads as butting heads, but a recent survey shows that 40% of iPad owners also own a Kindle. TechCrunch reports:

About half of the people surveyed read between zero and ten books a year. But 16 percent read more than 25 books a year.

The big takeaway here is that the iPad and the Kindle are perceived as different types of products, and rightly so. Amazon has done a good job marketing the Kindle as an ebook designed specifically for book lovers, and at $139 for the lowest-priced Kindle it is seen as a different class of device than the $499 iPad. (It also doesn’t hurt than you can use the iPad as a Kindle reading device, removing the need for consumers to make an either-or decision).

There are a few interesting implications to this study. One, the iPad isn’t a Kindle killer because its current technology isn’t as eye-friendly as that of the Kindle. Two, the kinds of people buying iPads (early adopters and tech-savvy users) aren’t shy about owning multiple devices. Thirdly, and perhaps most importantly, the media and analysts are jumping to premature conclusions about products’ implications. Before calling something a Kindle-killer, in other words, it’s worth thoroughly analyzing what a product offers, to whom it offers those benefits, and where its potential weaknesses lie. The iPad-Kindle combo underlines the fact that for many consumers, tech gadgets work in concert with one another, and people don’t necessarily choose one over the other.

The media probably won’t take this into account, though–expect the next tablet to also be a Kindle (or, even more glamorously, and iPad) killer.