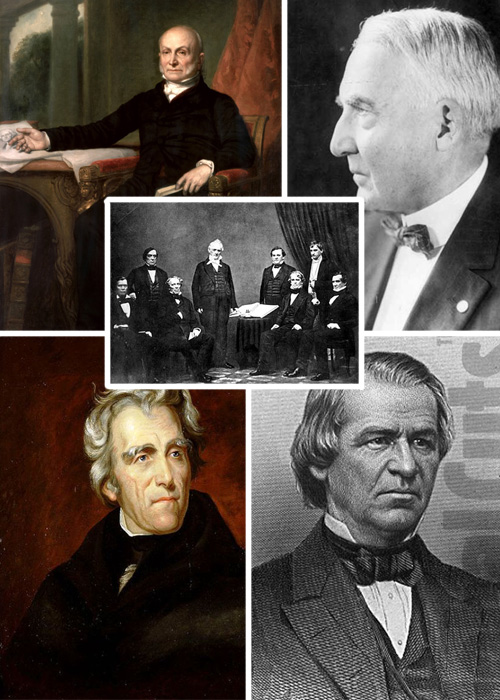 In the political arena, the President often becomes the focus of generalized rage at the opposing party, or just the generalized problems with the country overall.  Comparisons to Hitler are not uncommon.  Various hyperbolic statements about the President leading the country down the wrong path, ending all our great traditions, and sneaking into our homes while we sleep and making a mess of our pots and pans.  The truth is, every terrible US President is not a new incarnation, but descendant of a long and proud line of terrible Presidents, stretching back to the founding of our country.

These men were, at times, incompetent, greedy, racist, and overbearing.  So before you go enshrining Bush or Obama or Clinton or Reagan as “WORST PRESIDENT EVAR!!!?!?!”, perhaps we can get some historical perspective up in this bitch. 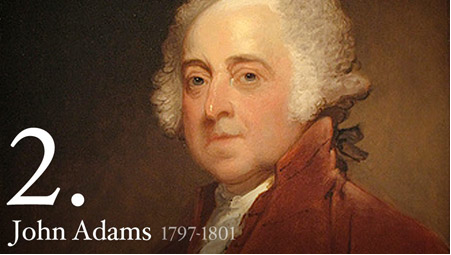 The scumbaggery in the White House started before it was even called the White House.  While John Adams deserves his place enshrined among the Founding Fathers, as a President he didn’t do too good of a job not deliberately persecuting political opponents.  The co-author of the Declaration of Independence and the scribe behind the Massachusetts’ Constitution (which outlawed slavery) was certainly one of the most intelligent and deft of the Founding Fathers, but when Thomas Jefferson and the Democratic-Republicans got a bit too noisy, he straight-up outlawed them.

The Alien and Sedition Acts were passed during Adam’s administration and essentially did three things:

1) Outlawed “fake, scandalous and malicious writing” about the government.
2) Allowed for the deportation of just about anyone they didn’t like.
3) Prevented immigrants from naturalizing for 14 years. (This, by the way, was a period where a good chunk of Americans were still first-generation).

Unless you’re living in Arizona, it’s obvious that the United States would be a much worse country today if any of those edicts stood.  Adams was trying to set the course of a new, fledgling nation based on freedom of expression and he decided “nah fuck that, outlaw seditious speech, I really hate that Thomas Jefferson guy.”  Needless to say, the acrimony that we see between political parties today was birthed in this struggle between Adams’ Federalists and Jefferson’s Democratic-Republicans.

Adams was booted out of office in one term, replaced in the elections of 1800 by Jefferson… who promptly used the Alien and Sedition acts to persecute Federalists until the Acts expired shortly thereafter. 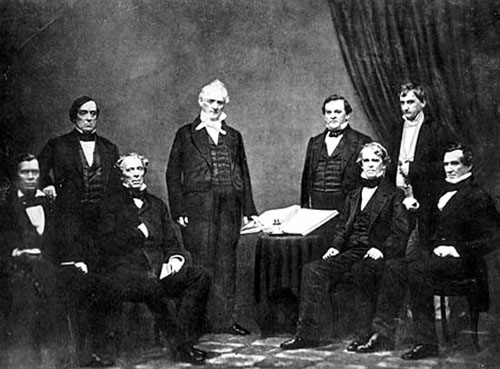 The 15th President of the United States, James Buchanan is better known as that guy you always forget when naming presidents.  Which is unfortunate, because he probably did more damage to race relations than anyone else in American history short of Strom Thurmond.  Buchanan served from 1857 to 1861 when he was replaced by Abraham Lincoln, and shortly thereafter the states had a little bit of a tiff.  During his term, Buchanan oversaw some of the most embarrassing political actions in the nation’s history.  First, he encouraged a ruling against blacks in the landmark Dred Scott case, also known as the decision that allowed legal discrimination to persist for another century.  He also worked tirelessly to preserve the rights of states to allow slavery, and allow for slavery in newly-created states and territories.

To put this in historical perspective, when the Founders were drafting up the Constitution, many of them wanted to outlaw slavery entirely.  Unfortunately, that would have (surprise) led to a Civil War in the fledgling nation.  So several deals such as the three-fifths compromise were struck, with many of the Founding Fathers secretly and not-so-secretly hoping that slavery would be overturned within a few decades.  When these issues came to the fore almost a century later, Buchanan had the chance to make all the right decisions, and instead he did practically everything wrong.  Not only that, but he was one of those insufferably casual racists who would say things such as “[slaves were] treated with kindness and humanity… Both the philanthropy and the self-interest of the master have combined to produce this humane result”.  In Buchanan’s mind, the right of the slaveowner to hold slaves overrode the rights of the person they were enslaving.

While a Civil War to end slavery might have been inevitable, and Buchanan could be credited with staving it off for a few years, that doesn’t forgive him of the fact that the deleterious effects of policies enacted under his watch extended well into the 20th century.  They became so engrained that when the Supreme Court finally decided it might be time to give black people rights, they had to roll out the National Guard to enforce it. 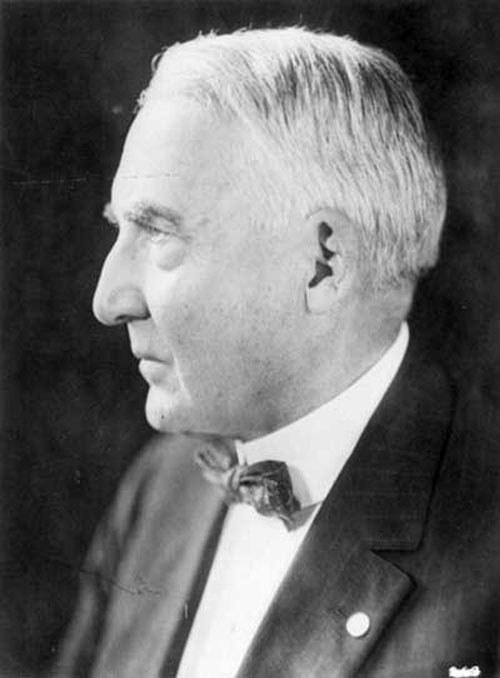 Compared to racists who sparked Civil Wars, Warren Harding seems like kind of a party-loving goofball.  Elected in 1920, he oversaw the birth of the swinging Jazz era, and a period of relative economic prosperity.  Unfortunately, if you paid attention in history class, you know that this was the period when the worst crises of the 20th century were simmering.  While Germany was suffering under the heel of crushing reparations and dangerous systemic factors were emerging in financial markets, many politicians saw a possible war and financial collapse on the horizon and worked tirelessly to prevent it.

Warren Harding decided he liked to play poker, drink bootleg whiskey and be an outrageous poon hound.  Harding should get some credit for a handful of domestic initiatives, including the 40-hour work week (thank God) and healthcare for children and mothers.  But any contributions pale in comparison to how staggeringly corrupt his administration was.  The scandals are too numerous to name, but the most famous was the Teapot Dome Scandal, which was unmatched in sheer underhanded ballsiness until Watergate.  Essentially, Harding’s Secretary of the Interior leased government oil fields to private companies in a no-bid process that were incredibly lucrative to the companies.  The Secretary banked in excess of $5 million (in today’s money) in straight cash.

Harding died in 1923 of a sudden stroke, though there’s some speculation that he was so terrible at his job that he was poisoned.  He was replaced by his Vice-President, Calvin Coolidge who, strangely was as famous for being reserved and taciturn as Harding was outrageous. 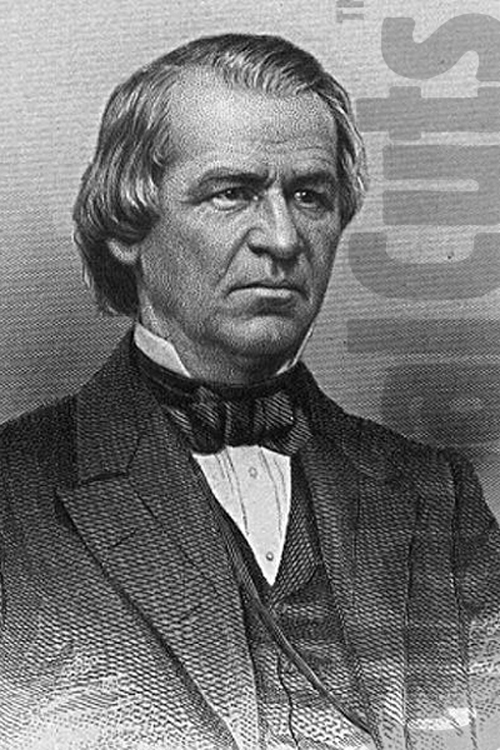 Andrew Johnson was basically the James Buchanan of the 1860s, steamrolling attempts to pass reconstruction legislation that would guarantee equal rights for newly-freed black slaves.  Like many before him, Johnson ducked the question of the morality of Civil Rights by claiming that he wanted to leave the decision up to the states stating Civil Rights legislation and the 14th Amendment were a “stride toward centralization and the concentration of all legislative power in the national government”.  That seems like a somewhat reasonable view to hold and doesn’t infer any particular problem with Blacks, he’s just cautious about extending Federal power.  Haha, just kidding, he was actually a flaming racist, stating once in a letter to a friend, “This is a country for white men, and by God, as long as I am President, it shall be a government for white men” as well as gems like this: “The black race of Africa are inferior to the white man in point of intellect, better calculated in physical structure to undergo drudgery and hardship, standing, as they do, many degrees lower in the scale of gradation that expresses the relative relation between God and all that he has created than the white man”.

To very quickly sum up Johnson’s contributions to Reconstruction:

He quickly pardoned former Confederate leaders and generals and allowed them to rebuild their governments almost exactly as before.

Johnson does everything in his power to prevent the federal government from instituting or enforcing any sort of Civil Rights legislation.

On top of this, he was an obstinate, entitled asshole who once remarked that it was God’s will that Lincoln was assassinated so that Andrew Johnson could ascend to the presidency. 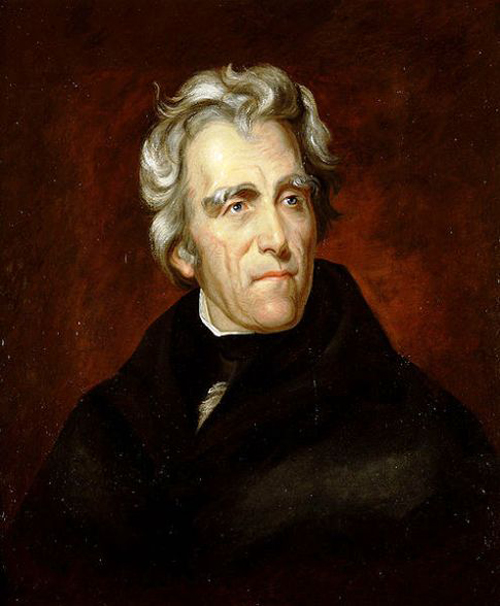 A lot of libertarians are probably coming out of their chairs after reading Andrew Jackson at the top of this list, and there’s no denying Andrew Jackson was a grade-A badass who did a lot of things that make most red-blooded Americans shout “Fuck Yeah let’s see Mitt Romney do that!”  This included, but was not limited to, beating the tar out of an attempted assassin at age 78, and generally telling everyone who disagreed with him to go fuck themselves.  But while he wasn’t running out of bubblegum and deciding to kick ass instead, he was generally making terrible decisions with abhorrent consequences.

Where to start?  Well first many cheer his killing of the National Bank as a victory for capitalism and the free market.  Whether or not this is true, the way Jackson handled it was a complete mess.  After shifting power and money for lending to small, local banks, Jackson required that they be able to make payments in specie (i.e. gold and silver).  This led to a huge shortage of specie, and hundreds of small banks tanked overnight, leading to the Panic of 1837, one of the worst economic crisis to date, and arguably more severe than many of the worst recessions of the 20th century.

Remember that Trail of Tears thing your elementary school teachers trot out just in case your white guilt wasn’t intense enough?  That was Jackson.  He also dangerously upset the balance of powers by refusing to enforce Supreme Court decisions he disagreed with.  Jackson’s also famous for greatly expanding what became known as the Spoils System, or basically the practice of giving political offices to your friends and political allies as a way of strengthening your power base.  Originally put into place to fight corruption (somehow), it ended up creating a host of unforeseen corruption.  He was a firebrand notorious for making irreconcilable enemies, in fact on the last day of his Presidency he said he had two regrets that he had been unable to shoot [rivals] Henry Clay or to hang John C. Calhoun”.  He definitely sounds like a pleasant person I’d like to elect today and put in charge of the ability to nuke the planet.