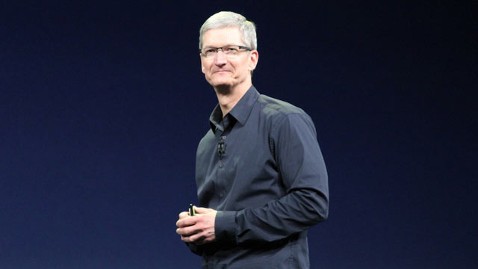 The Apple iPad is sinking and Apple CEO Tim Cook doesn’t believe there is cause for concern. During the company’s earnings call on Tuesday, Cook said he is “still bullish on the iPad,” despite slowing sales. According to Cook, “I think iPad upgrade cycle will eventually occur. We’re 6X greater in usage than nearest closest rival. It’s a fantastic product. I see a lot of runway.”

iPad sales dropped by 18% year-over-year to 10.9 million units, a four-year low. While sales continue to shrink, Apple still managed to generate $4.5 billion in revenue, down 23% from the same quarter last year.

According to Business Insider, the iPad lineup is now generating less revenue than the company’s “Services” category, which is comprised of iTunes, Apple Pay, and other licensing products.

Cook is still bullish because of soon to be released features which include split view and slide over options.

Tim Cook also noted that emerging markets still leave Apple with huge market potential. “As I look geographically, in emerging markets where we are doing well, our share is still not high. I look around, I see opportunity left and right,” he said. “It’s not like people have forgotten the iPad or anything.”

iPad tablets tend to last for years because of their strong build factor which leads to a smaller desire to upgrade ahead of major system failure. With many users still using a first or generation iPad, the company may see a nice uptick as tablet lovers finally upgrade their aging products.